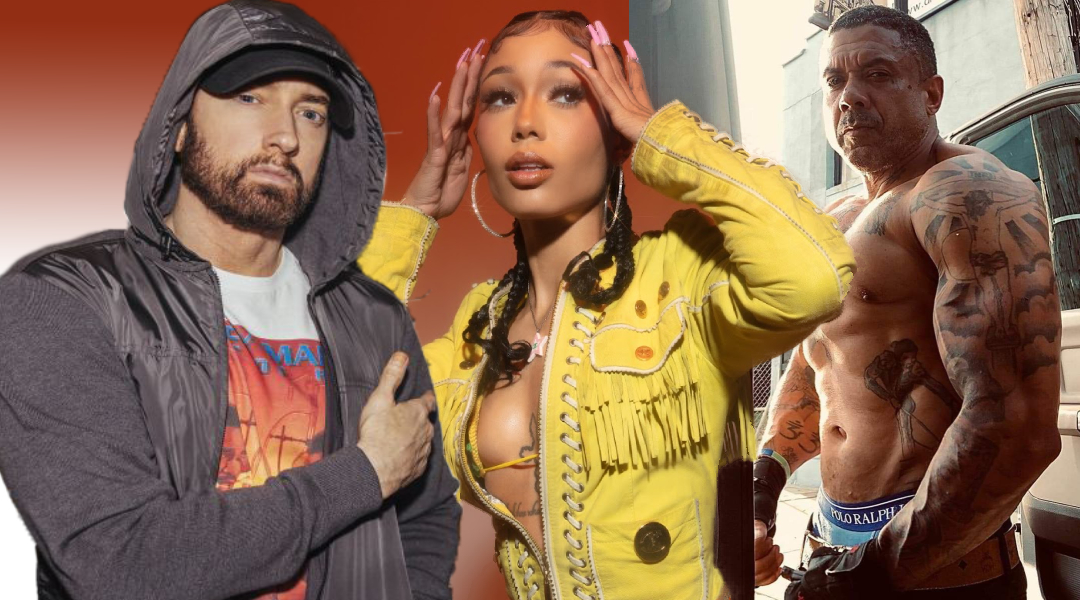 Coi Leray, the up and coming rap artist, understands that she cannot trust her father to smooth things with Eminem over and stop jeopardising her career.

When the industry was welcoming the announcement of inducting Eurythmics, Eminem, Pat Benatar and others into the Rock and Roll Hal of Fame, Benzino went on another rant accusing this music institution of racism and favouritism. Of course, because Marshall’s name was on the list.

All that after he publicly sang praises to Eminem in an attempt to save his daughter’s career from his controversy. No artist wants to inherit a beef with Rap God or even have it attached to their name at the start of their journey.

Benzino was not able to stick to his word, though, and went back to spitting hate very quickly. This time, seeing her father attacking Eminem for no reason, Coi Leray decided to do some damage control herself.

Firstly, she retweeted a post about Eminem being inducted into the Hall of Fame.

Then, she made her point in a separate tweet:

I’m about love, equality, respect and forgiveness. I have nothing against Eminem, 25 years of my life all I know is he a very talented artist and actor! (8 Mile was great)

Let’s build bridges and get over them before you burn the bridge and burn with it.