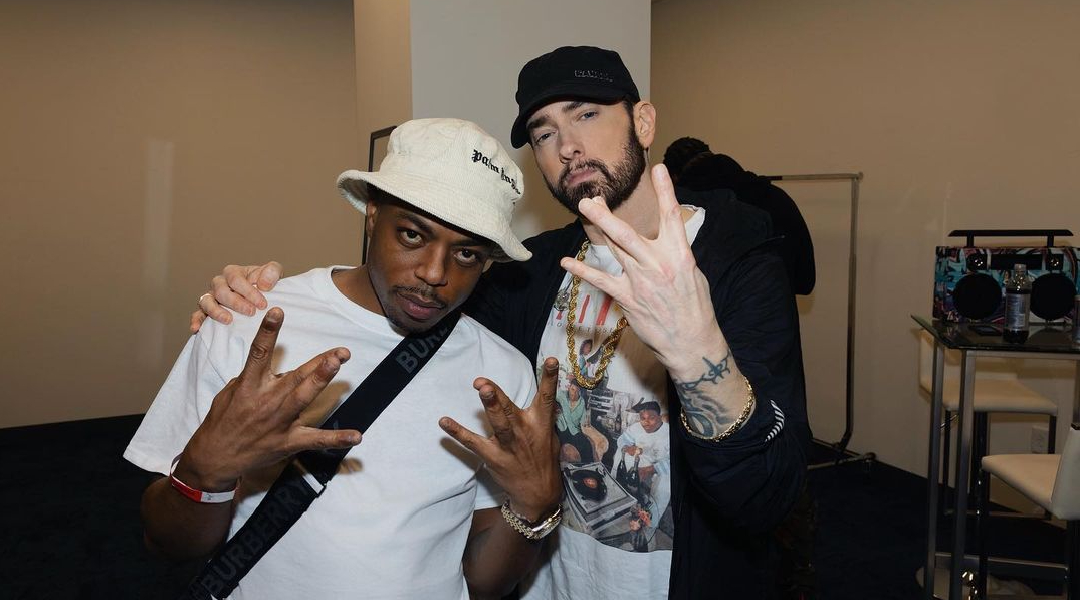 To be part of the Shady Gang means loyalty, and Westside Boogie is loyal to Eminem.

The Compton rapper confirmed it once again the other day on air in the Sway in the Morning studio.

Finishing a surprise conversation with Em, who called in to support Boogie’s new album “More Black Superheroes”, Sway decided to address endless attempts of mediocre rappers to gain some point by dissing Marshall. There is always someone chasing the clout. The most recent case is The Game and his aggressive unsubstantiated claims that he is a better rapper than Em and nobody listens to Em’s music.

Em, them dudes are going crazy. I know there has been a lot of folks who fell off the horse and hit their head on a rock, that try to deny your skill set, I’m not one of them. I’ve seen it from the beginning to now. They are going crazy.

Thank you, Sway. Coming from you, bro, that means a lot.

Boogie, however, decided to intervene and offer his services. With a distinctive vibe of Wretched Boog, whose song “Aight” Eminem likes so much now, the young rapper proclaimed:

You always can call. Let me know, bro. I’m one call away. I’m ready to go at whoever, you know! Let me know, man!

Nobody said The Game’s name out loud, and it is not even that important who exactly is trying to convert Em’s popularity into their media presence. They come and go, but Eminem stays. And Eminem stays on top.