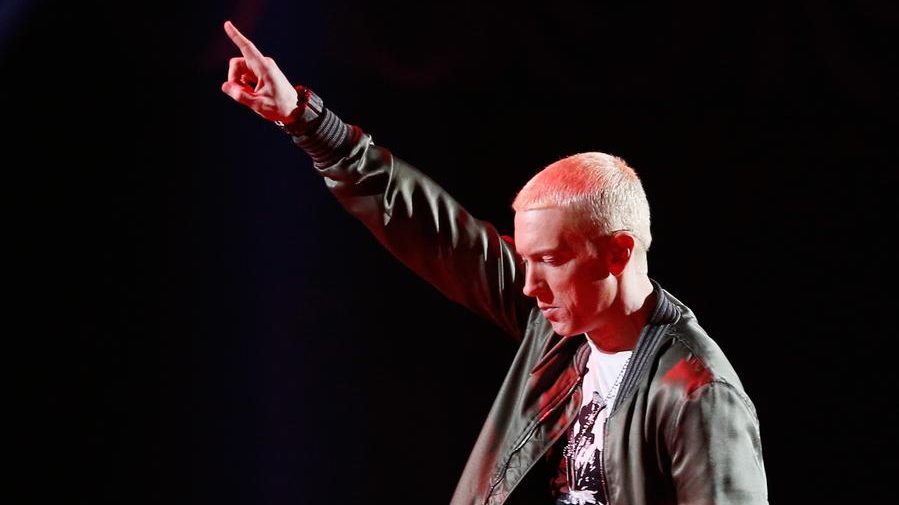 Eminem was one of the first hip hop artists who used his art to talk about mental health.

More and more rap artists are now open about the challenges they face. Royce da 5’9 is one of the very vocal ambassadors who draw attention to the importance of an open and honest conversation about mental health, especially among Black men. Westside Boogie is another artist who is very open about the work he is doing to sustain mental balance and clarity in the face of adversities many others from his community are facing. He even dedicated his latest album, “More Black Superheroes”, to his therapist.

So it came as no surprise that Sway asked Eminem about this aspect of hip hop when Marshall called in to his program to support Boogie’s new release.

Raps is his addiction, admits Eminem on many of his tracks. But it is also something that helped him to overcome his addiction. And probably it is because it allows artists to process their luggage, their experience, says Marshall:

I think that one of the great things about rap music is that you could put so much of your life into it. It’s therapeutic. That’s how it’s always been for me. But with this album, with this new Boogie album, the title, everything is great. Watching him getting better and better and better is incredible too. And he’s got so much of his life weaved in this album. It’s therapeutic.

Eminem brought the topic back to supporting his artist very quickly, but also he pointed to one of the reasons why he constantly comes back to his difficult childhood, his traumas and the most challenging events of his life in his lyrics. Even in the most upbeat and optimistic tracks, as his latest single “The King and I” feat. Ceelo Green.