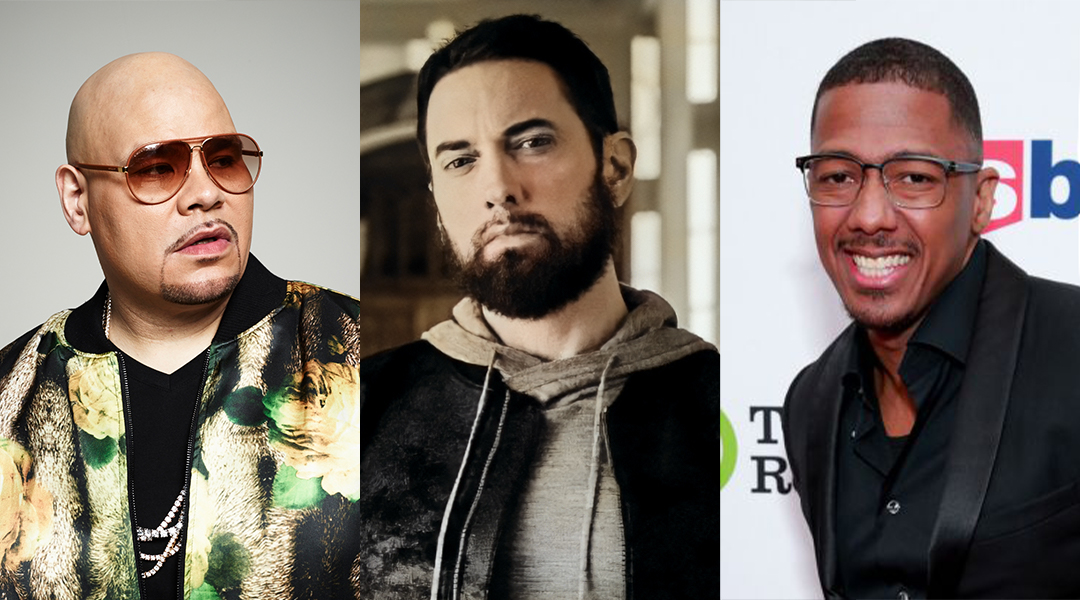 Fat Joe is praised for his influence in the hip hop culture. Apparently, he used this influence to smooth things between Em and Nick Cannon.

Cannon brought this topic up during his show, gave Eminem a shout out and said that Fat Joe was a key figure in resolving his issues with Marshall. Referring to Fat Joe, who was a guest on his show, Cannon said:

This brother right here helped in the “beef” with me and Eminem on his show. And it wasn’t no real beef, but Joe was like, man, I got to get you, brothers, together. He called me.

Fat Joe: And I called Eminem too! And I said, “This gotta stop. Y’all both my friends, y’all my brothers, y’all beautiful people. I don’t even know what this is about!”

Nick Cannon: That Joe ended it. You gotta listen to the OG! Shouts out to Eminem and you.

Considering that Nick started the beef and blew it up disproportionally, what exactly Fat Joe wanted Eminem to do? Em dropped a tweet in disbelieve, and Nick fired a barrage of ridiculously bad disses, roping in anyone who didn’t know better. Nick gave interviews about being motivated in this beef by dignity and the need to protect his ex-wife, and now he puts enthusiastic air quotes around the word “beef” and says it wasn’t real.

Well, of course, it was not. Everybody knew Nick Cannon did it for clout. But it was real enough for him to see protection. And he is not even ashamed. He is happy that big boys in the club stepped in and put a stop to this nonsense. What did they say to Eminem? Probably the old phrase: “Please, forgive him, for he does not know what he is doing”. It seems like he knows, though.