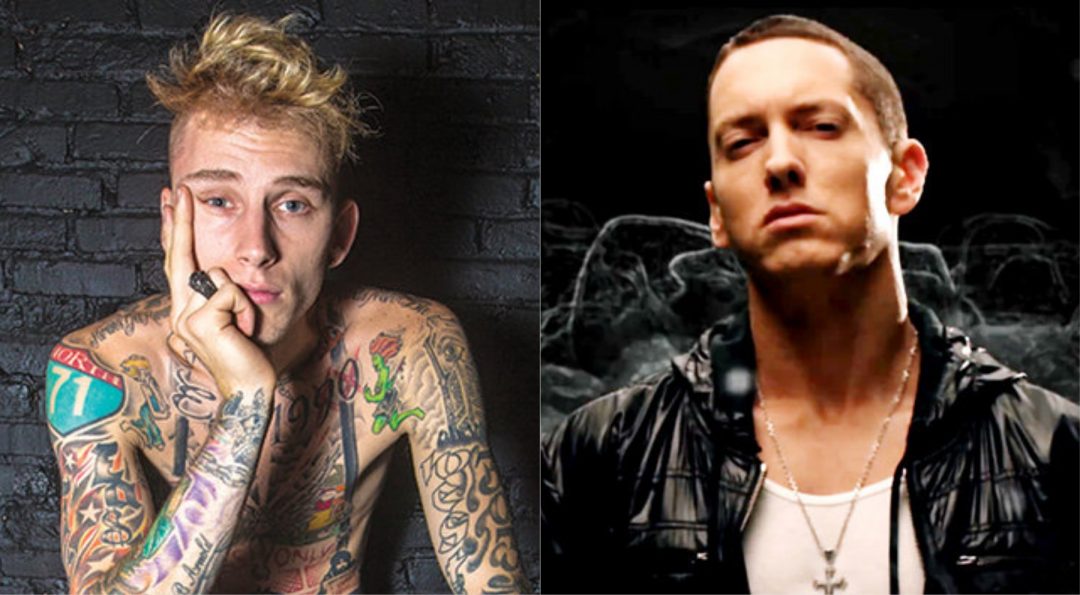 Adam Grandmaison, better known as Adam22 of “No Jumper” podcast, posted a hilarious video of his interaction with MGK.

In this video, Kelly comes into the frame only to push a mic away and leave sullenly. “Was he trying to give me a handshake or something? – sarcastically comments Adam on their exchange. – That was unique”.
He knows, though, that the reason behind this hostility is Adam’s stance on Eminem and MGK beef. He wrote on Twitter:

MGK not too happy about me saying Eminem won that battle 😂😂😂

Watch the clip below:

MGK not too happy about me saying Eminem won that battle 😂😂😂 pic.twitter.com/8zT9LamO7B

NSYNC Singer Remembers The Day Eminem Dissed Him, Explains Why He Got Under Fire

Mr. Porter: “There’s No Beef Between Snoop Dogg And Eminem”

Snoop Dogg Says Everything Is Good Between Him, Dr. Dre and Eminem

Snoop VS Eminem: Diss Track Or Not, It Doesn’t Matter! Snoop Needs To Stop These Accusations!

KXNG Crooked On The Situation Between Eminem And Snoop Dogg