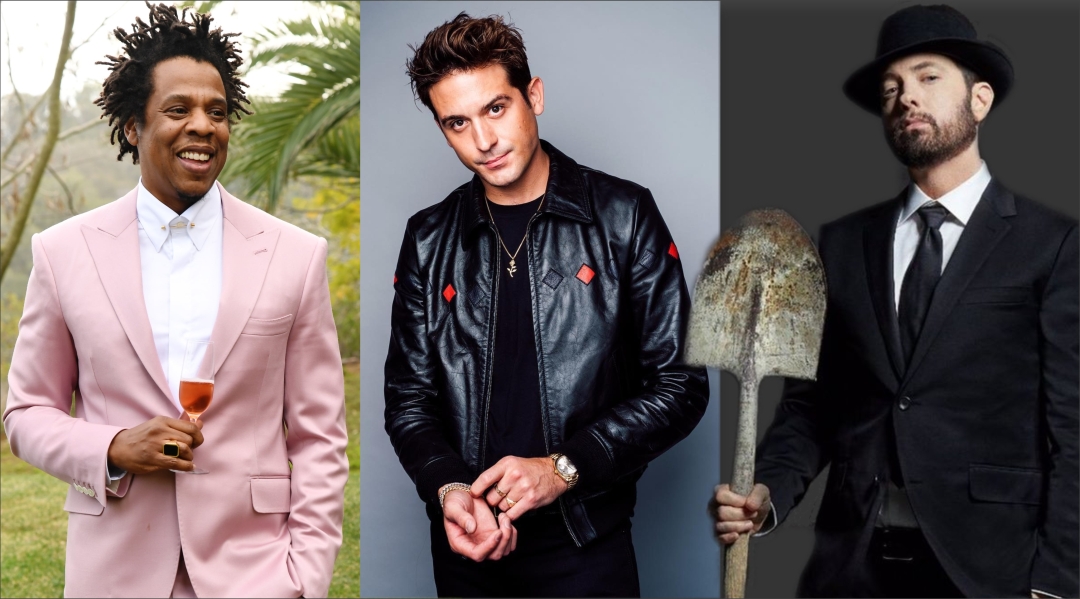 DJ WhooKid hosted the Californian rapper G-Eazy on Shade45 and talked about artists he would like to work with.

Addressing the similarities between his collaborations with pop artists and Eminem inviting pop stars to feature on his tracks, G-Eazy admitted:

Those are aspirations. I look at him like all the other legends. If I ever get a verse, it’d be crazy. To get to do records with the people like that, that calibre, that level of legend, you know what I’m saying. Being somebody who is forever a student of the game but also grew up on his hats and still looks up to that, you know what I mean. Yeah, holla at Marshall, man!

G-Eazy is not the most eloquent speaker as it appears but Shade45 twitter put his main point in the caption: