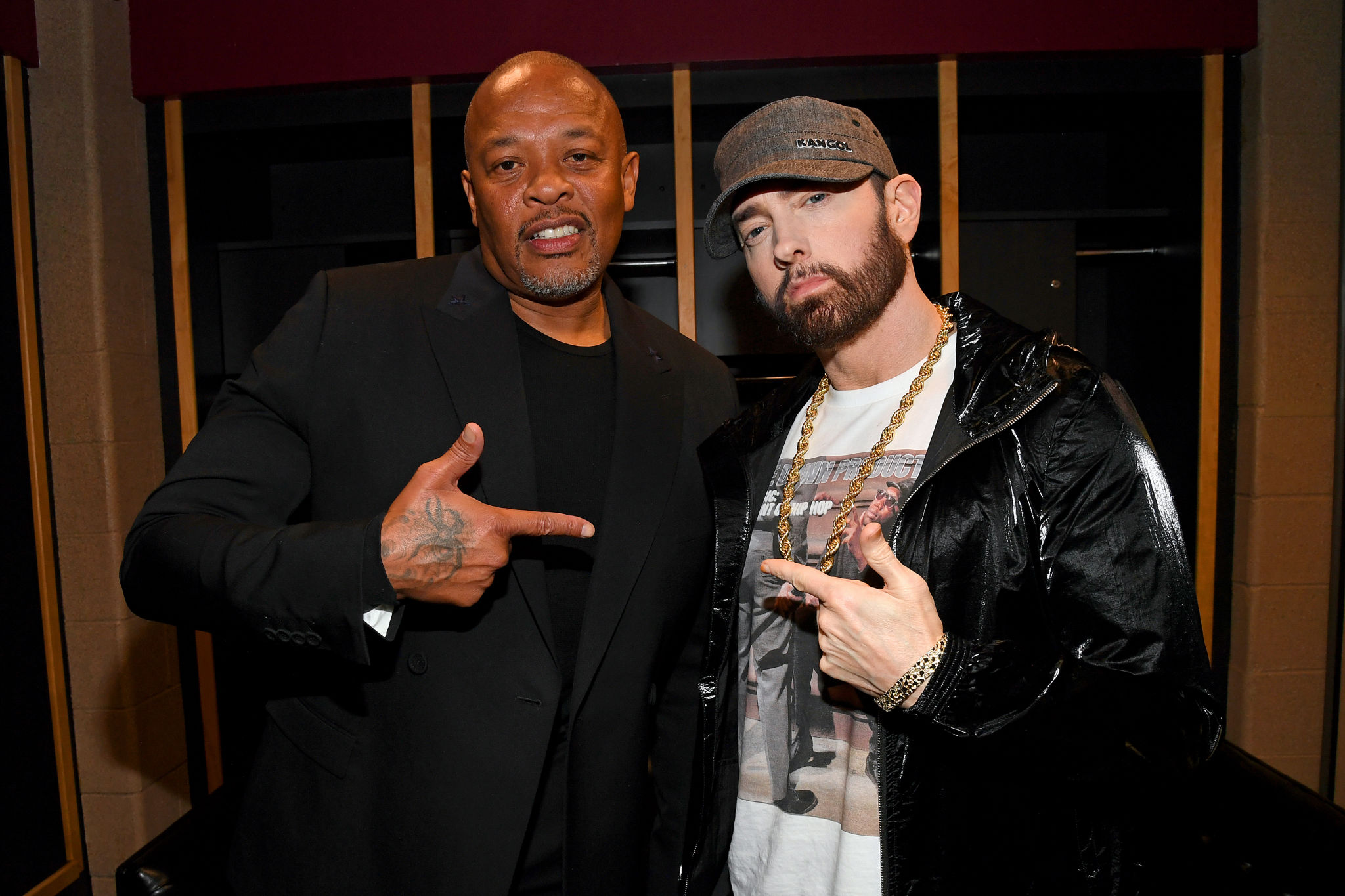 Unsurprisingly, the Good Doctor thinks that there is no match to Marshall.

People have been banging heads on the matter since the Verzuz battles started at the beginning of the Covid-19 pandemic. The most recent wave of discussions was inspired by Jay-Z saying that he did not see a worthy opponent in the industry. Marshall’s name came up very quickly and proceeded to trend on Twitter while his fans and haters were clashing in online battles.

Now, it seems, Dr. Dre has something to say on the matter. His message is very simple:

Marshall Mathers vs Who???!!

To illustrate his point, Dre posted a video that Em recorded for his Godzilla challenge soon after the MTBMB release. The closing verse he raps is the one that extended his collection of superspeed flows and smashed his previous Guinness record for the fastest rap in a No.1 single. In the face of this onslaught of skill, it is indeed difficult to find anyone who can hold their ground against Marshall.