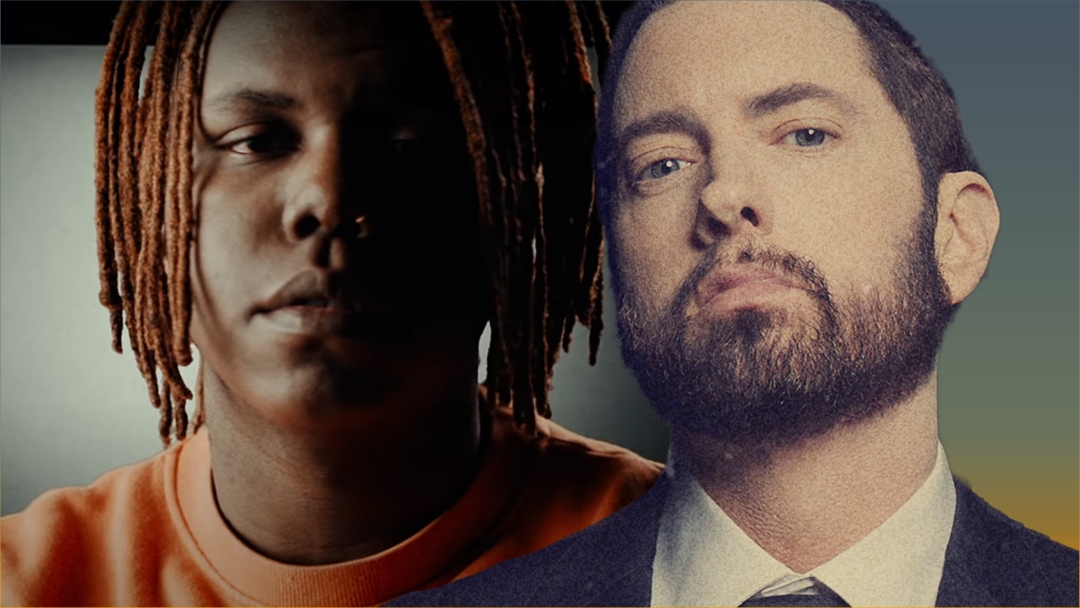 Both sides of “Music to Be Murdered By” present up and coming artists to the wider audience. MAJ was a revelation for many.

Marshall explained in his interview on Shade45 how he chose him for the hook on “These Demons”:

I found out about MAJ through Paul. Kind of started going down the wormhole and checking this shit out earlier this year. Always liked what he did. So when the subject of this hook came up I told Paul, “Yo, what about MAJ?” And he was like, “We could get him probably. We had to call him”. I know that he signed to Deaf Jam, that’s how I found out about it because he was signed to Deaf Jam and Paul put me up on it. Called him, asked him to do it. He did, he turned it around. I think he’s definitely about to pop though, and that’s one of the things I told him on the phone. If you look at his videos now, he probably got from the last time I saw 200 some thousand. He’s bubbling right now and I think that he’s definitely going to pop. He’s too good not to. So I was one of the first ones that was up on it. I know I wasn’t literally one of the first ones. There’s something that’s dope about that to me. So that when I see him blow up I get satisfaction knowing that I was on it early. “I told you!”