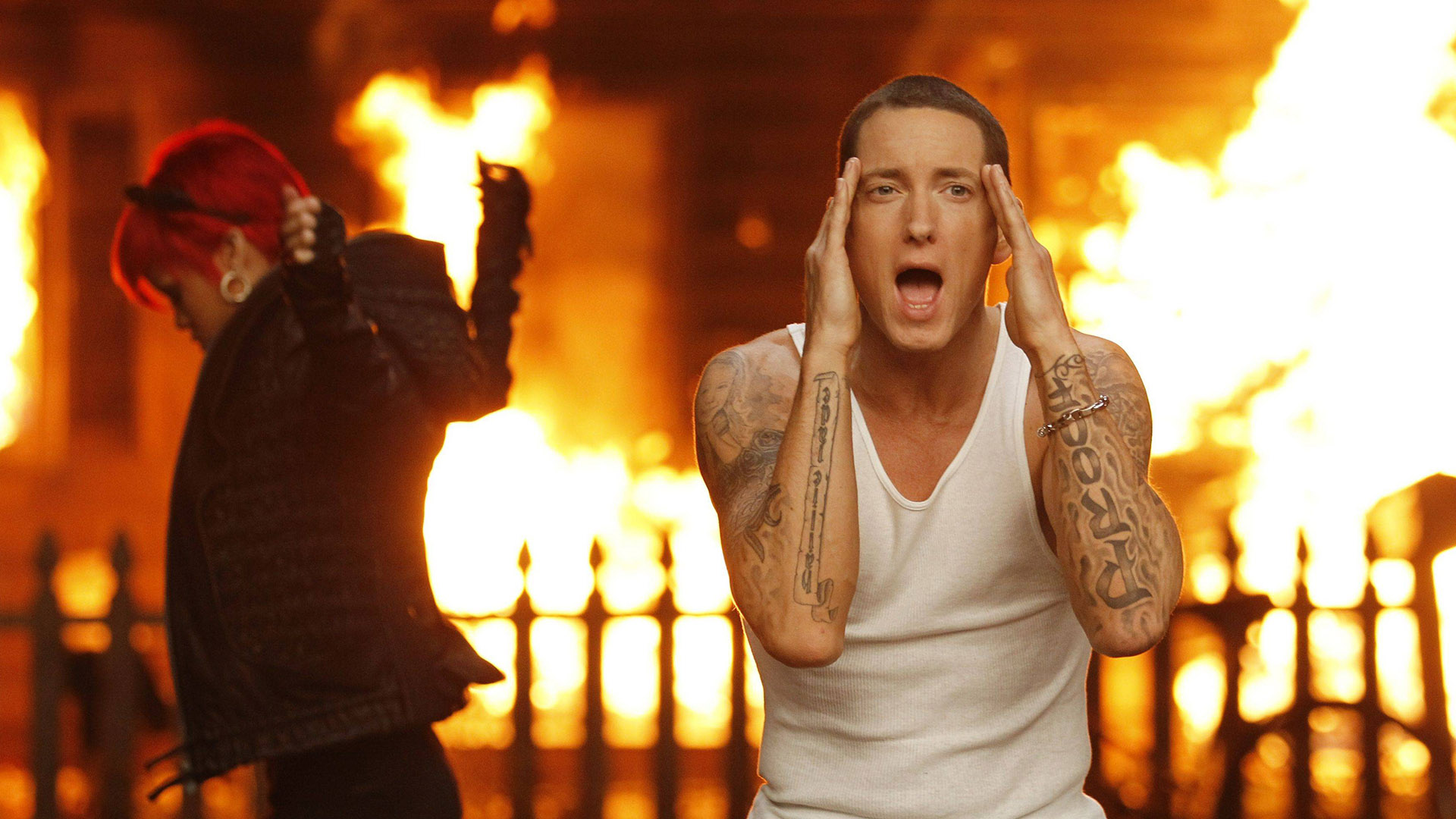 Eminem wrote almost two verses in the car on his way home, inspired by the “Love the Way You Lie” demo.

On the latest “Paul Pod: Curtain Call 2” episode, Eminem and Paul touched on the origin story of one of the most impactful songs Marshall had ever recorded. It came in later in the game, Eminem remembers, when he basically finalised all songs he wanted to put on “Recovery”:

More like a beat and a chorus, Paul reminds and insists he only wanted Em to listen to it: no pressure to work, no obligations. So Marshall agreed, and that’s what happened:

I got it in the car on the way home, and I wrote two verses. Well, a verse and a half.

Then Paul takes over the conversation to tell the story he just recently told in the episode with Skylar Grey:

Then you called me at home and said, “You’re an asshole”. Because you were mad that I made you keep working on a record that you thought you were done with. You wrote everything very quickly. So you got done your record, your verses, you sent it back to me. And you said, “Okay, here you go, tough guy. I’m done with the record, but now you’ve got to put Rihanna on it. Because in your mind, what you’ve written about and what the chorus was about — she was the only one who could pull it off.

And yes, Eminem confirms this story without hesitation.