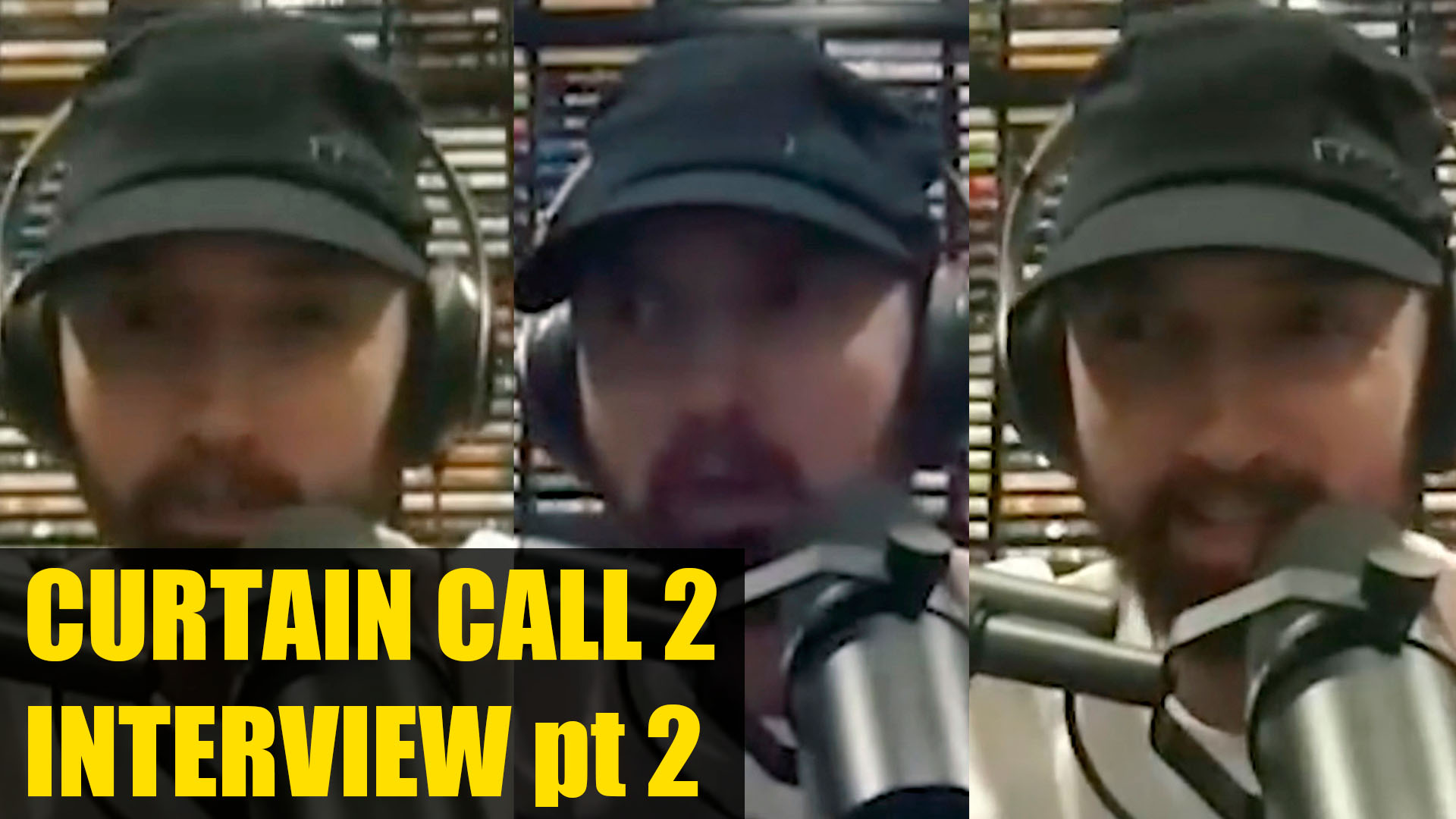 A new episode of the “Paul Pod: Curtain Call 2” features the second and final part of an interview with Eminem. Marshall continues talking about the albums he released since “Curtain Call: The Hits”, sometimes going far down memory lane.

The previous part was cut right before Em was going to share his reaction to the harsh reception “Revival” got from critics. So let’s dive in.

Listen to the episode below: