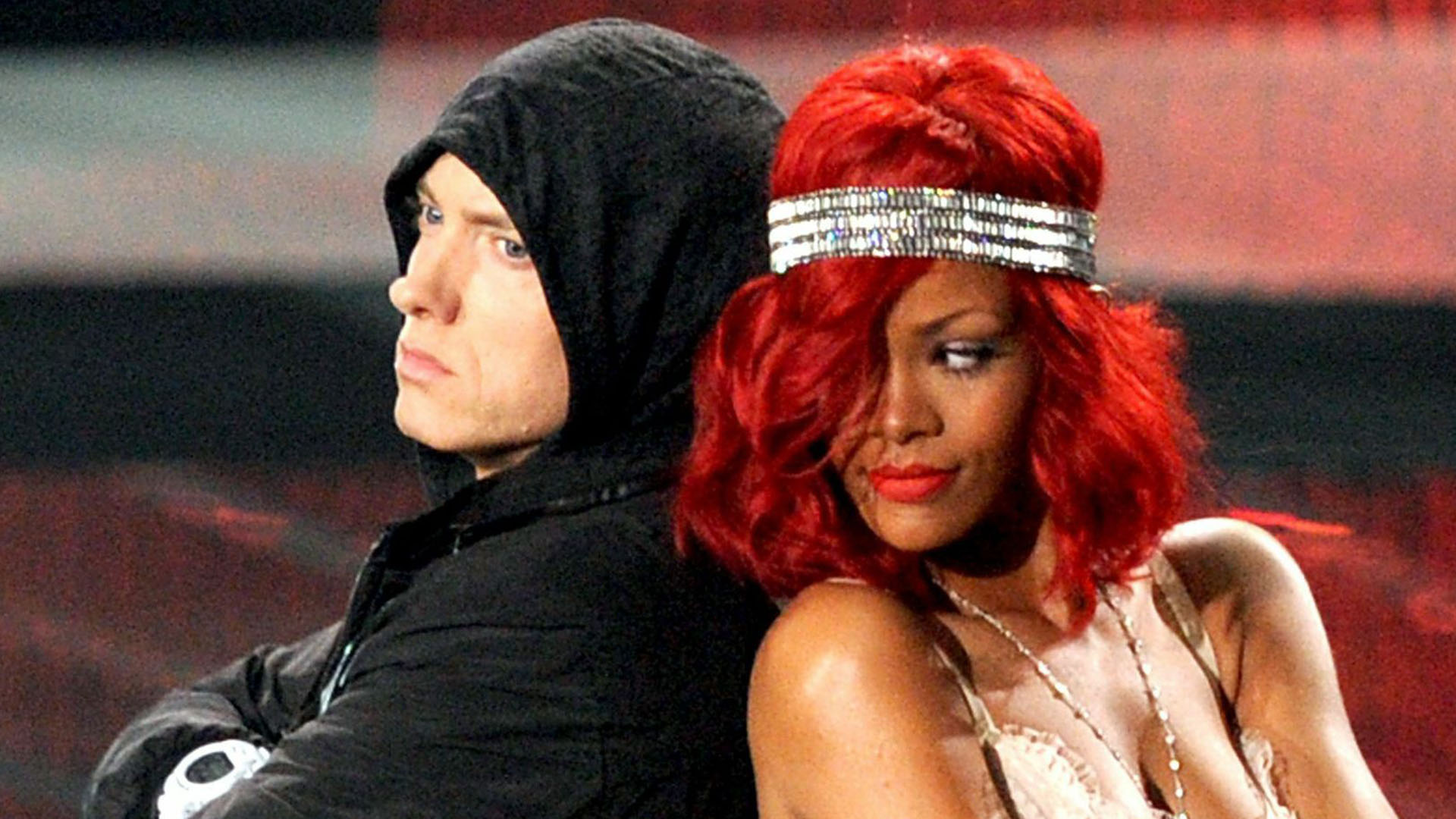 In the interview on Shade 45, where Eminem gives an exclusive walk-through of “Music to Be Murdered By: Side B” – Deluxe Edition to his fans, Eminem clarifies why he explains apology to Rihanna on “Zeus”.

After Em’s old recording had been leaked and made Slim’s musings over Chris Brown beating up his then-girlfriend Rihanna publicly available, Em publicly condemned both domestic violence and wrongs of those lines. He went even further putting his apology to Rihanna on wax, making these words go down in history:

…Wholeheartedly, apologies, Rihanna
For that song that leaked, I’m sorry, Ri
It wasn’t meant to cause you grief
Regardless, it was wrong of me

During his New Year’s Eve conversation on Shade45, Marshall elaborated on that ill-fated incident:

That was pretty recently that that verse had leaked and honest to god, I told Paul when it first happened, first, I didn’t know how somebody got it, second of all, I have no, zero recollection of even remembering doing that verse. Like the rhyme schemes didn’t even sound familiar to me. So I was caught off guard too. I was like, “What the fuck? I said that?!” And that was during the early stages of the “Relapse” record that I was working on. So, you know, it’s 10 plus years old. But I’m not making excuses for it, I said it and I was wrong for saying that. It was fucking stupid. A lot of times, especially with the Relapse record, when I first started learning how to rap again because of the drug situation that I went through and having to re-learn a lot of things, that was one of those things like, “Well, if it rhymes – say it”. I think being able to look back, I mean, that’s not even an excuse but I’m just saying, there was a phase I was going through with that Relapse record. I don’t know, it’s one of those things. I think, I just said it ‘cause it rhymed. And I’m sure, looking back now, I should’ve thought better of it. It’s one of those things, as I said, I don’t even remember recording, but I record a lot of songs. So it’s tough sometimes to even be able like, “Oh, shit, I remember that!”