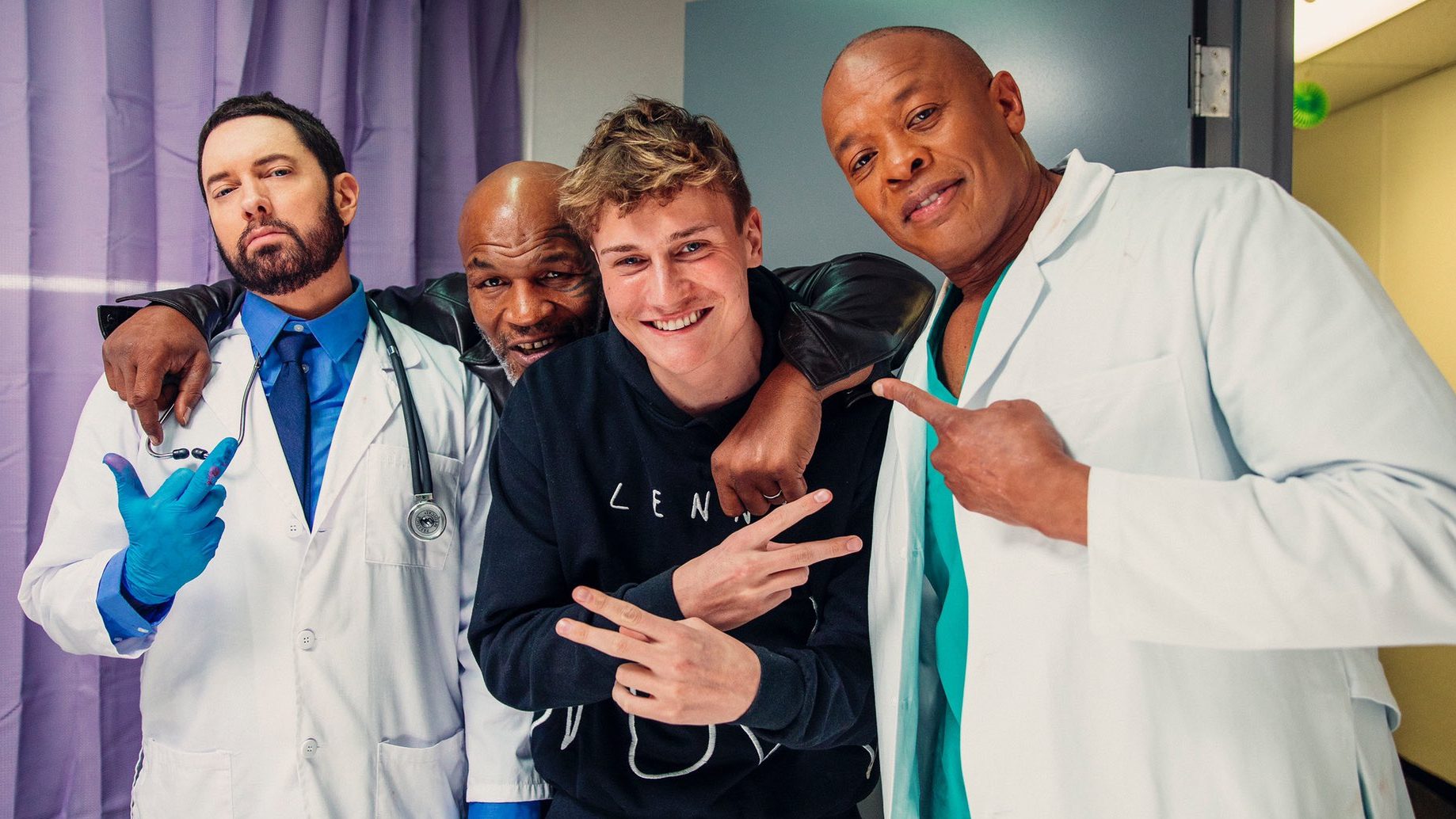 One of the most influential young hip hop filmmakers, Cole Bennet, had to find a way to put Dr. Dre in the video when the Good Doctor showed up at the Godzilla set.

Cole sat down for a deep conversation with the Full Send podcast hosts and touched on the story of one of the most popular videos in his career, Eminem’s “Godzilla”. He told earlier how inspired he had been to get a chance to work with Eminem and how fast he had come up with an idea for the video. However, he didn’t plan for this amount of stars in the frame. Even to cast Mike Tyson felt to him like a daring suggestion:

That was actually really crazy. I got a call that Eminem wants me to do this music video. I’ll never forget, I got the call at night time, and I was, “I’m gonna write it as soon as I’m awake”. I went to bed, I woke up at 7 a.m., and I had turned in the treatment by 10 a.m. I just wrote it in three hours. It just happened. It was like an essay. It was six to eight pages, no photos. I just wrote it all out and sent it over, hopped on the phone with him, and he loved everything about it. I remember one thing. I wrote in the treatment that Mike Tyson knocks him out, but I was like, if we can’t get Mike Tyson, then maybe, I don’t know, Hulk Hogan. I was just throwing other names there, but he’s like, “No, we’ve got to get Mike Tyson”. I was like, okay, now I have how to figure out how to get Mike Tyson. But we figured it out. I’ll never forget when I got to set that day, it was the most unreal feeling. Eminem got there, he was first on set. He was there for 14 hours, two days in a row. At the beginning of the second day, I got word that Dr. Dre was going to be there if I wanted to put him in the video. So I had to find a way to get Dr. Dre in there. We already had a scene of Eminem getting knocked out by Mike Tyson and them going to the hospital. So Dr. Dre as the doctor worked out perfectly. But being in that room, giving direction to Eminem, Dr. Dre and Mike Tyson, was such a surreal feeling.