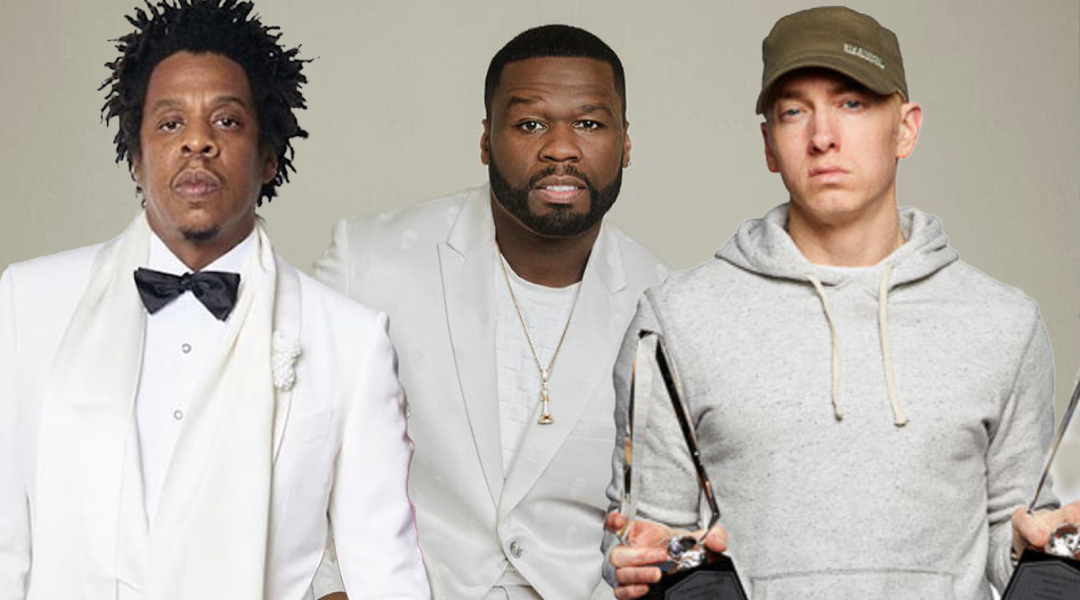 Fifty got involved in another discussion that questions Eminem’s contribution.

Several days ago, NBA legend Jamal Crawford sat down with Shaquil O’Neil and discussed his Top 5 NBA players employing a comparison with hip hop. He stated that numbers are not important, in defining who is better, just like in hip hop you can ignore Marshall’s sales and declare that Jay-Z made more for the culture.

Jamal explained his idea saying, “That’s why my five [is there] the dominance outweighs the number”.

But Jama continued: “You can’t change the game and say, oh, this guy has more points, he’s better. Like, Jay-Z’s effect on hip hop is bigger than any album sells that Eminem will have”.

Here Shaq agreed that it was a good point, but many fans left wondering if it was indeed a fact or another biased opinion. Sales seem to be a very convincing argument when they reinforced somebody else’s success and they are swiftly dismissed when Eminem is involved.

So, one of many hip hop heads’ Instagram accounts reposted a fragment of this interview asking its followers’ opinions on the comparison. And a big hip hop specialist you might know, the one who goes under the name 50 Cent, left his deep cut on the conversation, commenting with a strong argument: “ha bullshit 🤧”. 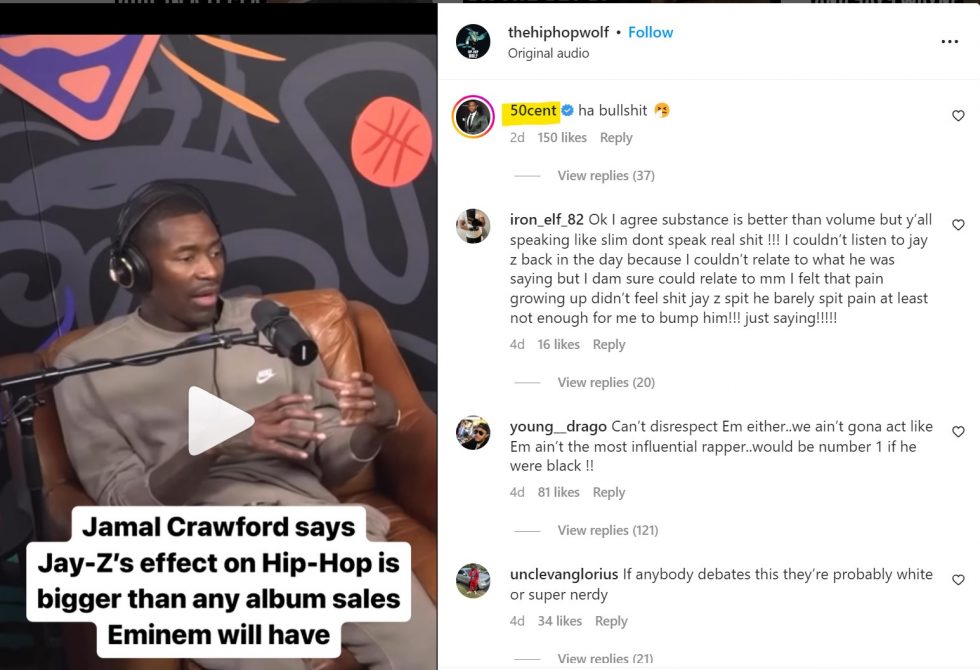 It is not surprising when you know how loyal and respectful Fifty is to the first rap superstar who put his trust in him. But behind this dismissive comment lies a deeper understanding of hip hop.

People often forget that hip hop is a massive, complex and multifaceted culture. Many artists have left their mark on it. To argue who has made a bigger dent in its body is to ignore the fact that the culture is shaped by many. That’s what makes hip hop alive, relatable and important for millions. But to see and value only the contribution from favourite artists shows one as a short-sighted person who cannot see the whole picture and mistakes their views for strong facts.