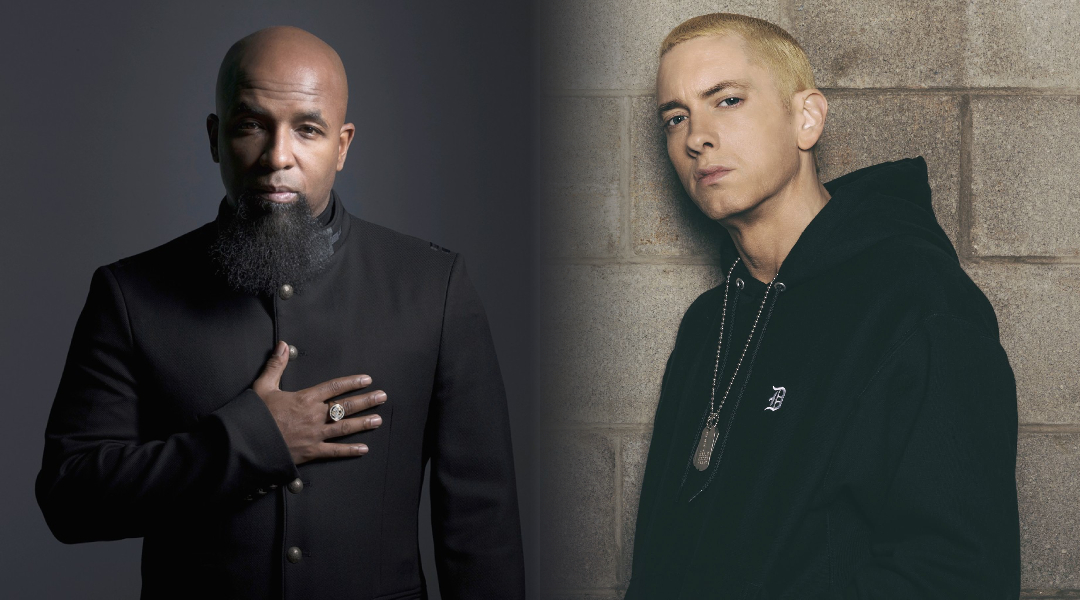 Tech N9ne spent some time before his show in Detroit visiting The Trailer and eating a Mom’s Spaghetti sandwich.

The Fillmore Theatre in Downtown Detroit was hosting Tech’s show, so he and his crew popped out to see a new wonder on the Detroit streets. The legendary rapper filmed some unique items in The Trailer, a fan shop near the restaurant, displaying some Eminem memorabilia. He was particularly impressed with paper lyrics sheets, drafts filled with Eminem’s handwriting.

The spaghetti sandwich was pretty good too.