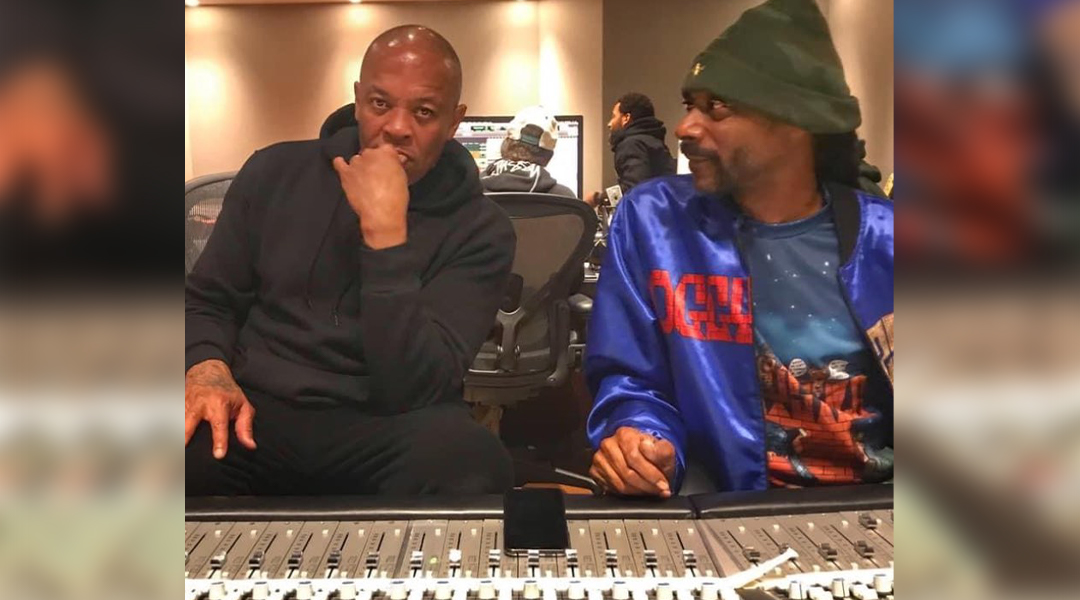 Aftermath producer FredWreck posted one more piece of evidence of activity in the Dr. Dre camp.

Fred captioned the picture of Dre and Snoop with a short “The Dynamic Duo”, and this is true on so many levels. 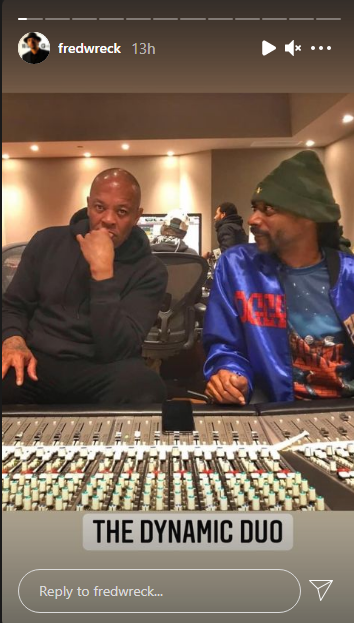 Whatever these two icons touch turns into gold, and to think that two legends were cooking together just the other day gives so much hope to any hip hop fan.

But the evidence of the intense studio work has been mounting recently – from KXNG Crooked’s revelations that he saw Dr. Dre working through the long list of songs, to his recent photo with Eminem and The D.O.C. taken in the Aftermath office.

Eminem is Nominated for Emmy for Super Bowl Halftime Show