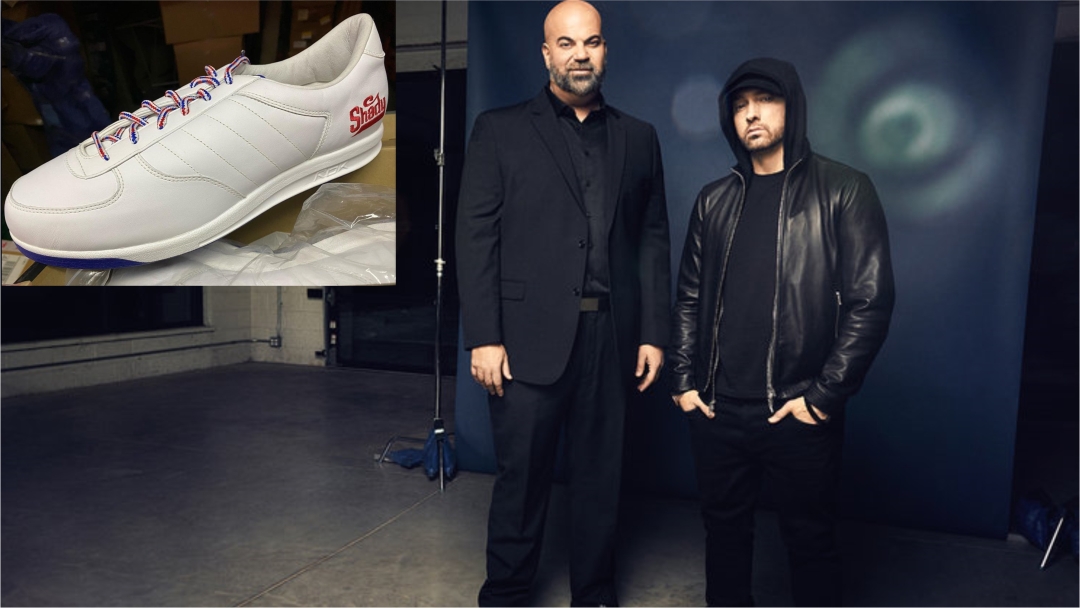 Starting with 2003 Shady Burst, Eminem works in collaboration with Nike, releasing from time to time a limited series of personalised footwear, mostly for charity. For instance, his most recent Air Jordan 4 x Carhartt black sneakers with Jason Vorhees mask on one of the heel tabs that Eminem recently put on the auction sale to raise money for artists affected by the COVID-19 pandemic.

However, in Paul Rosenberg’s deep vaults, something very different was hiding.

Eminem’s manager posted a photo of a white shoe with a red Shady Records logo on the heel, just above Reebok’s three-letter. To introduce a rare find, Paul captioned the photo with:

Had some time to rummage through a storage space over these non-office days and came across the S. Carter Shady Records @reebok kicks. Only a few were made, there’s a couple other color-ways too. No I’m not selling them!