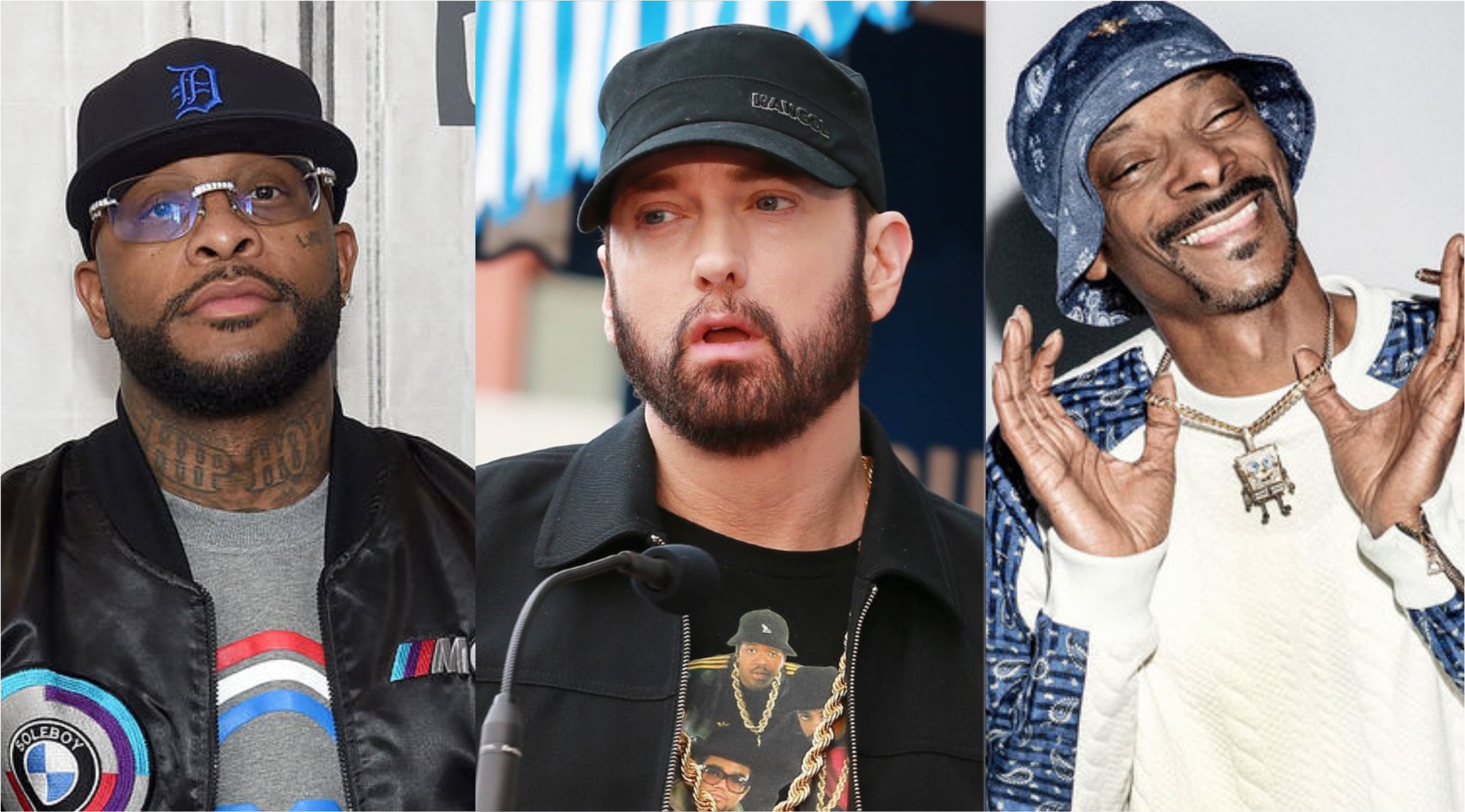 Unabashedly Reggie channel shared another segment of the conversation with Royce where he set the record straight:

In the comment that I left under the Snoop comment, I thought that I was putting in perspective someone having criteria for their Top 5. I didn’t agree with anything Snoop said. I didn’t agree with what he was saying. I understood what he was saying and I feel like he is equipped to be able to give his opinion in that way because he’s a legend. That’s me respecting a legend just like I respect my brother Marshall who’s a legend. I don’t have to agree with him to understand what he’s saying – I can walk and chew gum at the same time. Yes, my criteria for albums is a little bit different than my criteria for MCs. “Doggystyle” is way up there for me. It’s just a great, great album. It doesn’t mean that I’m saying that I can live my whole life with no Eminem music. It’s not that. I would never say anything like that because that wouldn’t be true.

It is a sad state of affairs that Royce had to spell it for people in the back. The backlash he met from a fraction of Eminem fandom was so loud that Royce could not hear his normal fans for a minute. And Royce thinks that this is not a coincidence but the result of how some of Marshall’s white followers expect a certain power dynamic between them and how these expectations are shaped by racial prejudice. This is not something that Royce is going to tolerate:

Marshall’s fans have a way that they see a black man standing next to him because he’s a huge superstar. They have a way that they think a black man standing next to Marshall is supposed to behave and is supposed to be. Let me free your mind. I’m motherfucking Royce da 5’9”. And I can rap. I’m not a role player. Marshall is my big brother, I’m his little brother. I’m Pippen, he’s Jordan. When he gives me the ball, I’m putting the ball in the basket. I don’t play a role. I don’t sweep the floors at his Shady Records, I have my own company. I have my own money and I can fucking rap. As long as you can understand that then we’ll never have a problem. I love you if you love Marshall. If you choose not to follow me or love me through him – that’s fine too. I’m always gonna make great music and I’m always gonna continue to grow but standing up for my people will never stop being a passion or me. And if it makes you uncomfortable then I don’t know what else to tell you.

Unabashedly Reggie YouTube channel specialises in breaking down songs of Eminem and other hip hop artists, make sure to check it out.