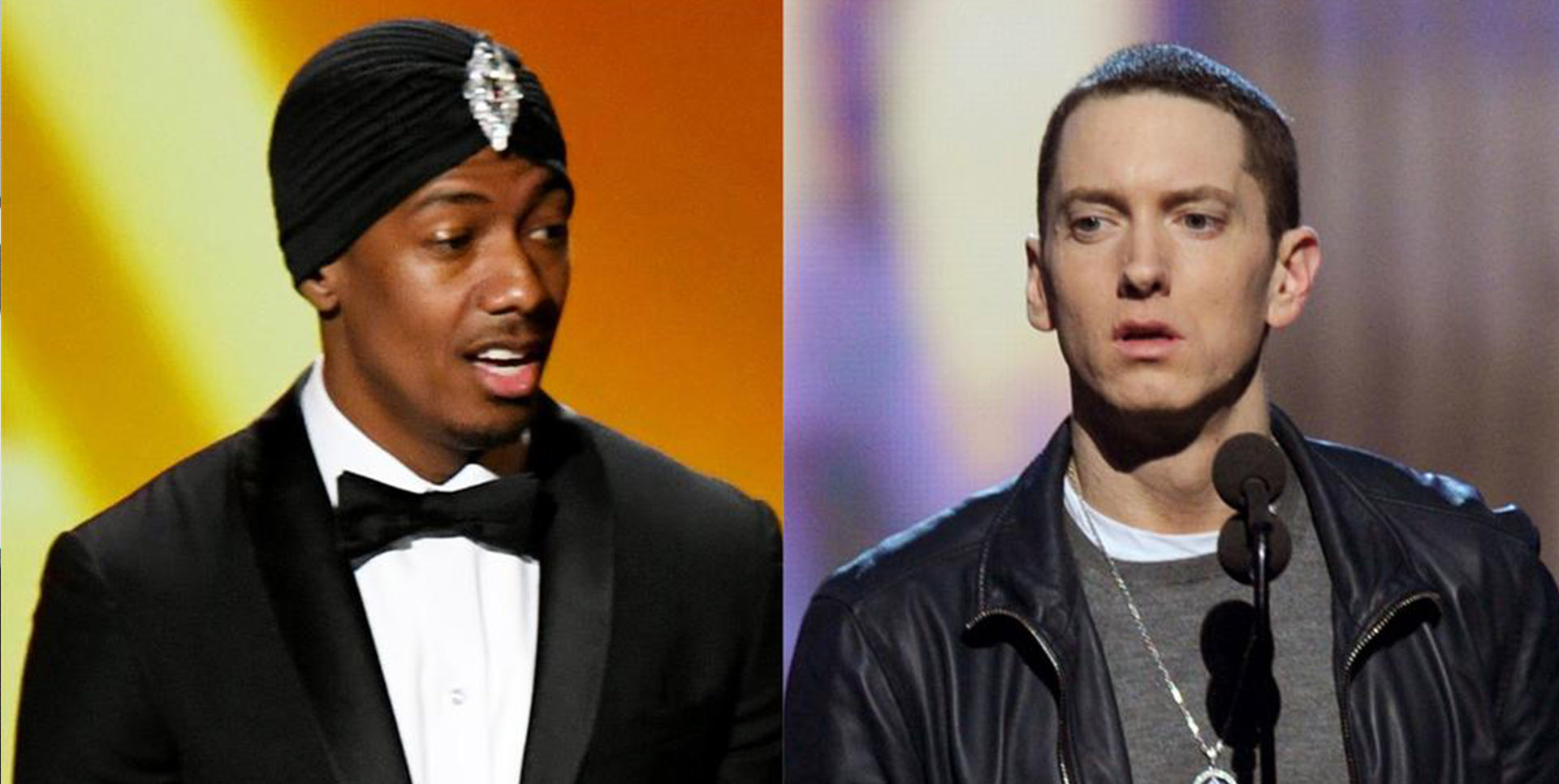 Not that long ago, Nick Cannon did not have a good word to say about Eminem but recorded several diss tracks. Now he puts Em firmly in his top five rappers of all time.

Recently, Cannon sat down for an interview with XXL Magazine and before saying goodbyes, he faced the question about his personal ranking of the greatest players in hip hop. The radio host and TV personality recognized the set-up but was not deterred by it:

You know, I do this on my radio show all the time, I’m fizzing with it. And I know the one that always shocks everybody: number five, Marshall Mathers, Eminem. I gotta give props and respect and credit. The man is a beast. Because criteria for the top five to me are obviously numbers, obviously skill, flow, storytelling ability or messaging, lyricism based off the bars and how you put it all together. And that dude checks all the boxes. So I’ll definitely give him number five.

Nick Cannon went through quite a transformation lately, from viciously and hilariously beefing with Eminem for clout to making peace with him, publicly apologizing and praising him every time he can. At least, Cannon is consistent and follows his change through. Unlike Benzino, who tried to bury his hatchet multiple times just this year and relapsed back to hate every single time.