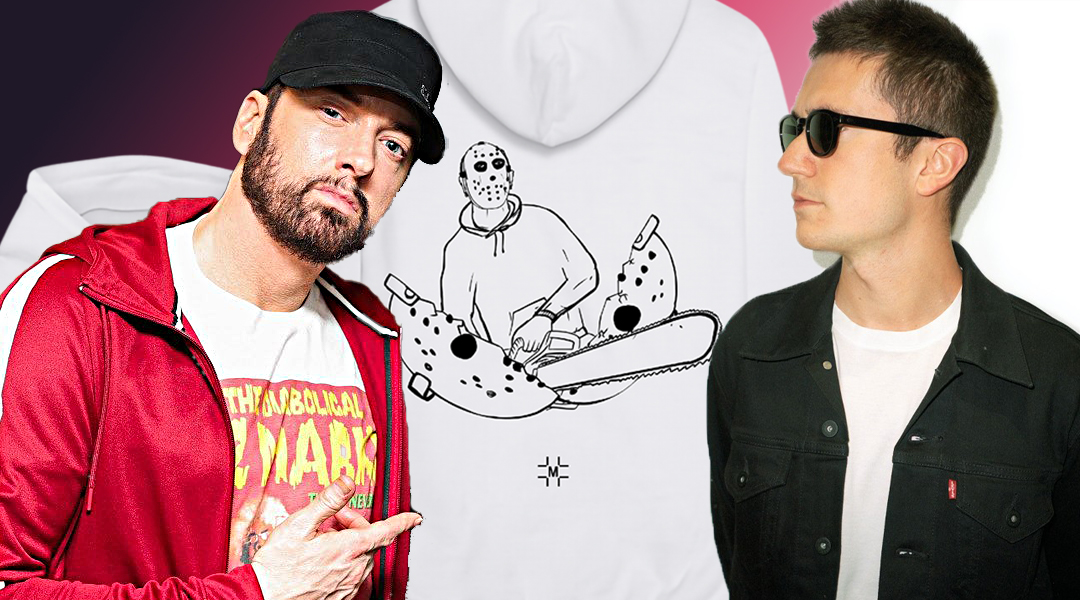 The young designer admits that he did not live through the era when media was hyping Slim Shady, yet still, a big part of his life was shaped by Eminem’s influence.

In the recent interview with HypeBeast, Alexandre Daillance, the 24-years-old designer between the most recent Eminem merch drop, talked about how he approached the collaboration and why it was important to him.

I am a massive fan of heavy graphics style. I love when the piece of clothing is filled with embroideries and graphic everywhere. With the Eminem collab I was trying to really fill out the space of each product and make it as loud as possible.

I was too young to actually live the peak Eminem era. But the first thing that really inspired me was his “We Made You” music video. I think the song is underrated – when it came out in 2007 and played on TV, I felt deeply connected to it. I also loved Eight Mile. His album, Recovery was probably the one that impacted me the most. “Love The Way You Lie” with Rihanna shaped a big part of my childhood. I find that the stronger the personality of the artist, the more inspired. I am to create for them. The stronger the personality of an artist is, the easier it is to create designs because it becomes interesting and cool to just find a way to capture all of those elements of personality.

Each time I start a collaboration, I try to start with one big idea. It needs to feel like the collection is connected to the artist. looking back at Eminem’s career, I just wanted to translate the fact that he made such an impact. I decided to go with the concrete aesthetic. It began with a play on words, first thinking about the animated impact of punching a wall and seeing the concrete crack and crumble, leaving a massive dent. Eminem had such an impact on pop culture and music. The concrete to me felt like the most interesting way to symbolize one imminent impact on pop culture and his longevity as an artist within the music industry.

My favorite is the Slim Shady hoodie with the big middle finger on the back, which seems quite simplistic, but it’s kind of this moment where you say less is more. It represents him so much. I just it’s designed by itself in big in the back. It says so much about his badass personality.

Read the interview in full on the HypeBeast website and check out the Eminem x Millinsky collaboration online at Shop Eminem, before it sells out completely.