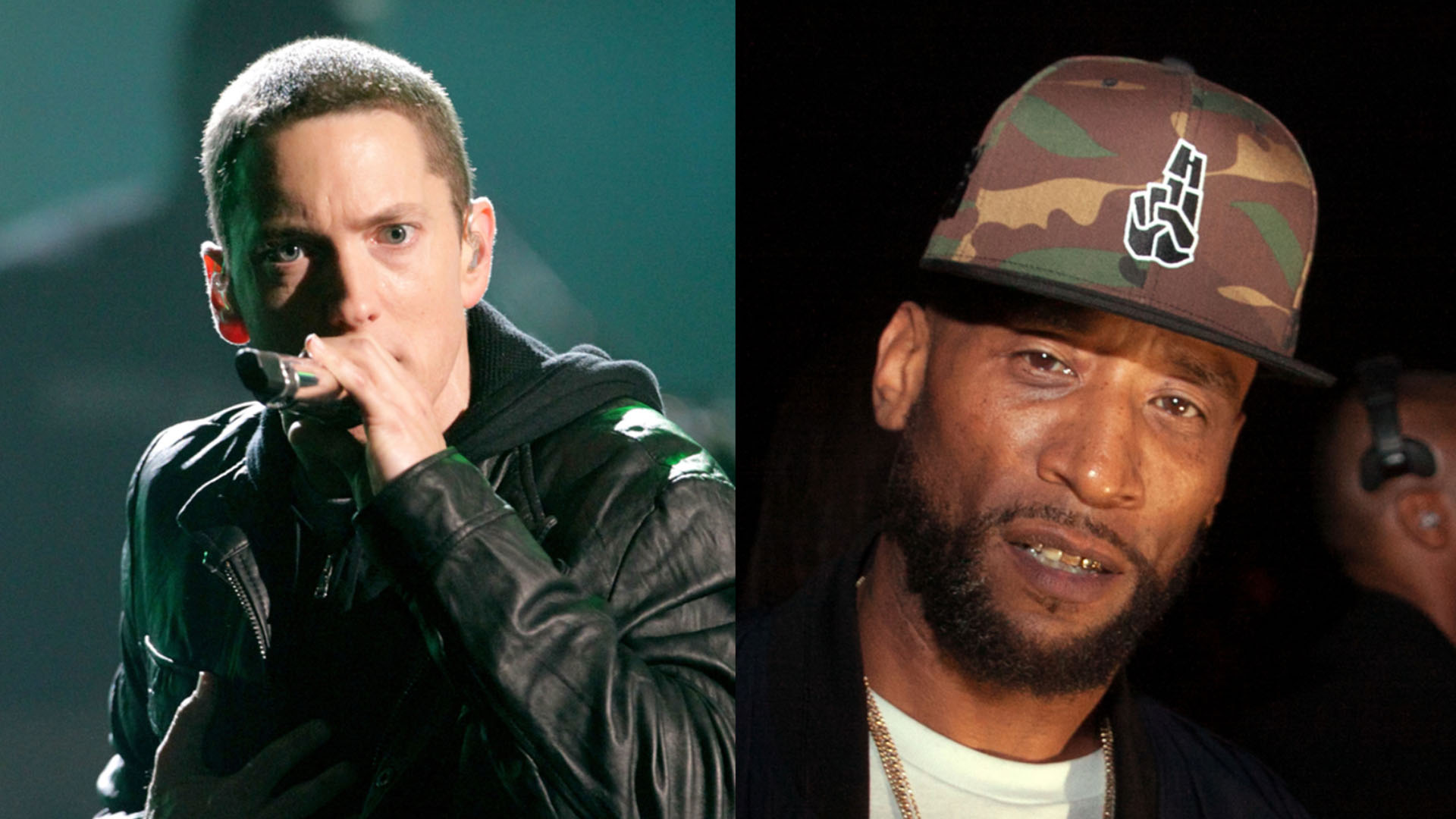 Years have passed, but it feels like Lord Jamar has not changed his opinion about Marshall’s place in hip hop.

Lately, Lord Jamar didn’t talk much about Eminem, and everybody thought that he moved on. However, his recent appearance on MRecktv’s “Backstories” podcast brought everything back.

Mreck asked Jamar directly about his beef with Eminem and the response sounded painfully familiar:

What I said was not about Eminem. It’s more about what Kanye is saying right now. This is just about us as Black people, who are the creators of the hip hop. This is about us deciding who is who and what is what. That’s all it ever was about. It was never about any hatred towards Eminem. Don’t know him personally. It was just about saying “y’all can’t tell me who the king of hip hop is based on whatever criteria you say”’ We as Black people decide who is the king. And it might not be based on how many records they sold. That’s it. But then you get all the kickback, you know, people wanna backtalk me. Then I had to say shit like, “well, if you keep it real, no shade, we, Black people, was not even listening to Eminem like that”. I don’t wanna get back in this ‘cause this will sound controversial but I’m just saying he didn’t have the same impact on our culture as he had on theirs, that’s it. So, how are you gonna call him the king? I don’t care how many records he sells. That’s it. Nothing against him. But that’s all that people who wanted this narrative to go that kept making the shit flourishing.

There was never no beef on my side. And he made a song and all that. He tried to hit me on the verse and all that, but it was nothing. It was light. It almost proved my point! No, I didn’t respond. You know why? It wasn’t like in our culture when Drake hit Meek Mill. He said, “you just got bodied by RnB nigga”. That stung in our world. They played that in the clubs! Meek Mill had to go to the club and hear that! You think I went one club? One cook-out? Anywhere where they played that diss song? Do you think I had to hear that anywhere? And be like, oh shit, let me get outta here, they playing that joint. No! That never happened. Proving exactly what I was saying. I never even felt the sting. There was no sting to feel. “Boohoo, go fetch me the remote”. That’s not even worth the response. No matter what I did. I could have come with the illest shit and all his fans would say he is the illest nigga. So what would it matter?

Note, that the Brand Nubian star still remembers that verse on “Fall” that Em aimed at Lord Jamar and the situation he created. He just preferred not to quote all of it:

And far as Lord Jamar, you better leave me the Hell alone
Or I’ll show you an Elvis clone
Walk up in this house you own, thrust my pelvic bone
Use your telephone and go fetch me the remote
Put my feet up and just make myself at home (Yeah)
I belong here, clown! Don’t tell me ’bout the culture!
I inspired the Hopsins, the Logics, the Coles, the
Seans, the K-Dots, the 5’9″s, and oh
Brought the world 50 Cent, you did squat, piss and moan

Lord Jamar might have not recorded a response to Em, but he kept talking about him way too much for somebody who didn’t pay attention. Fair enough, certain journalists kept pushing the narrative and bringing this topic up at every interview with him. However, that was him who was happy to oblige and reinforce his opinion on how Marshall was not important in the culture. Even if it contradicted the facts.

The situation was resolved, to an extent, when Royce 5’9 took up the role of peacemaker and smoothed the situation over. In 202, Lard Jamar told Royce on his podcast:

For the record, now that all this Vlad shit is done, tell your boy Marshall, you know, we good.

Still, Jamar’s position is confusing. How can a man say “nothing personal” and then deny somebody’s achievements and worth?

Anyway, when Eminem shouted out Brand Nubian in his Rock Hall induction speech, he did not think about personal friction. He recognised the group’s worth and impact on the culture and on him personally. And that’s the stance of a bigger man.