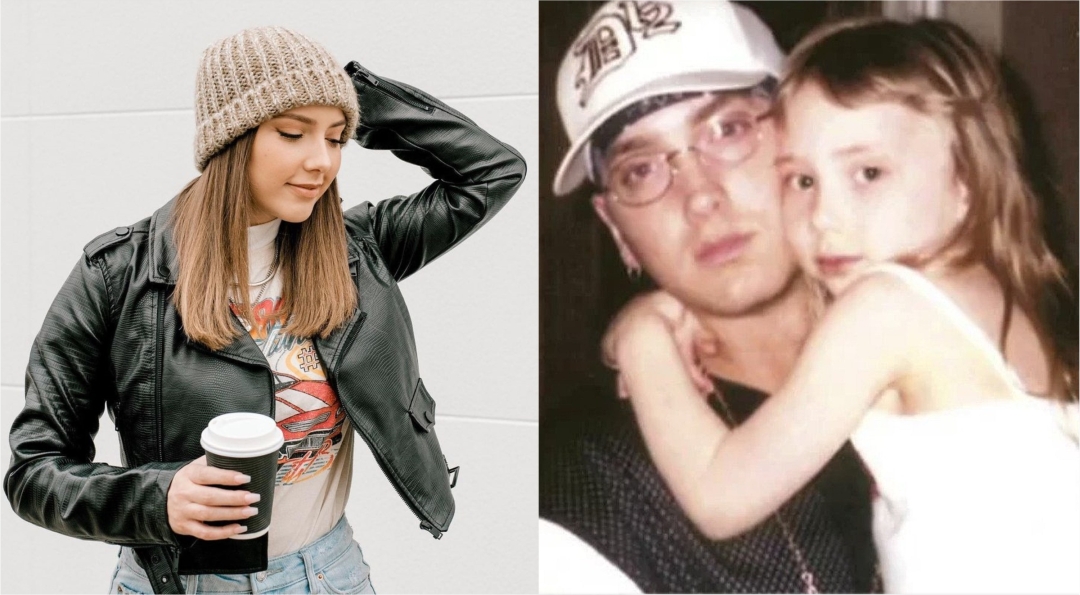 Hailie Jade is doing very well for herself. But sometimes, one just needs to employ all help available.

And usually, it is not what Haile does. Her influencer career and her new podcast – are her personal endeavours and achievements. But her father’s fame has always been a double-edged sword that also causes a lot of trouble.

Like fake accounts that parasite on her original content, posing as real Hailie Scott Mathers. There is one on Twitter that reposts her TikTok videos and Instagram photos, peppering them with their own comments from time to time. One of the recent comments about The Game dissing Marshall was one step too far.

Hailie definitely knew about this fake account and tried to distance herself from it, hence this line in her Instagram bio:

You would think that a blue check who is so easily identifiable as Em’s daughter can protect their identity online. Apparently not. In her recent Instagram story, Hailie decided to draw public attention to this issue. She says she tried to report an account that impersonates her, but with no success. Having posted a screenshot of an identity thief page, she states: 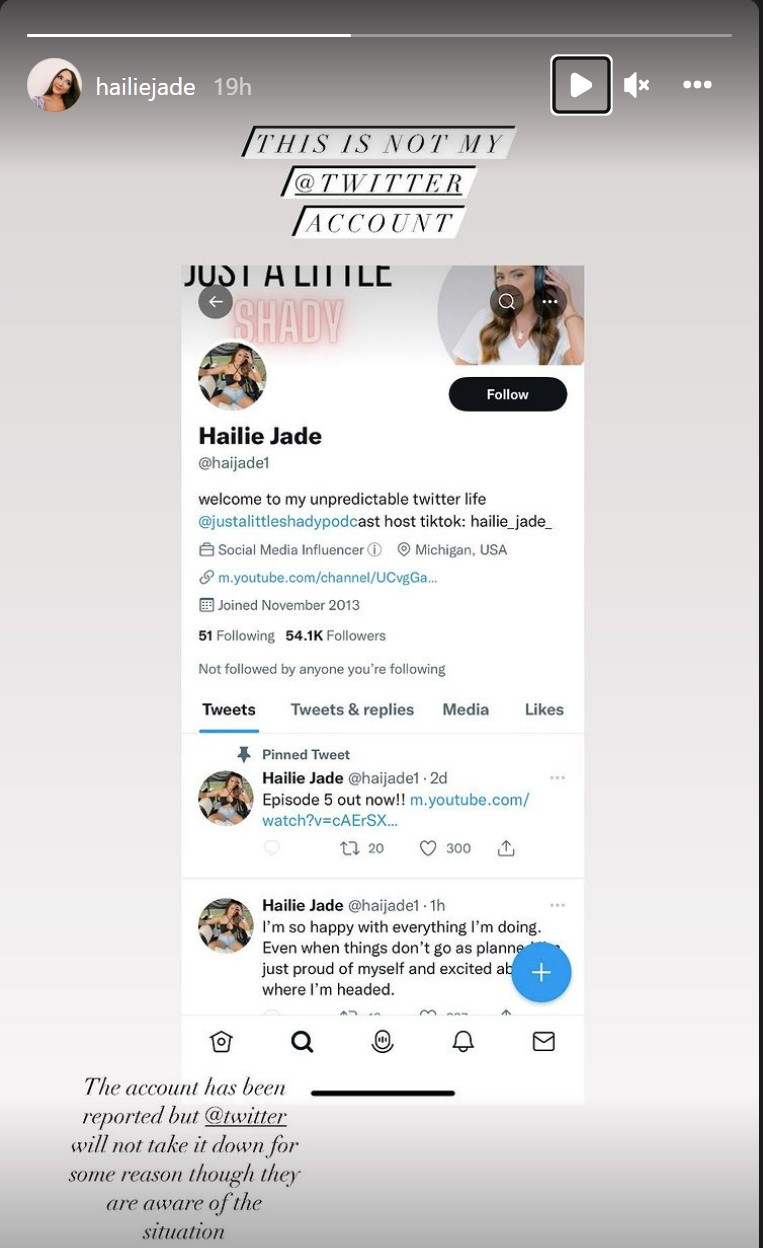 Well, when the corporation refuses to hear one voice, it will listen to thousands or hundreds of thousands. Hailie has 2.8 million followers on Instagram. Eminem’s fanbase feels almost as protective about Hailie as her father does. It might be that Twitter is likely to be flooded with reports.