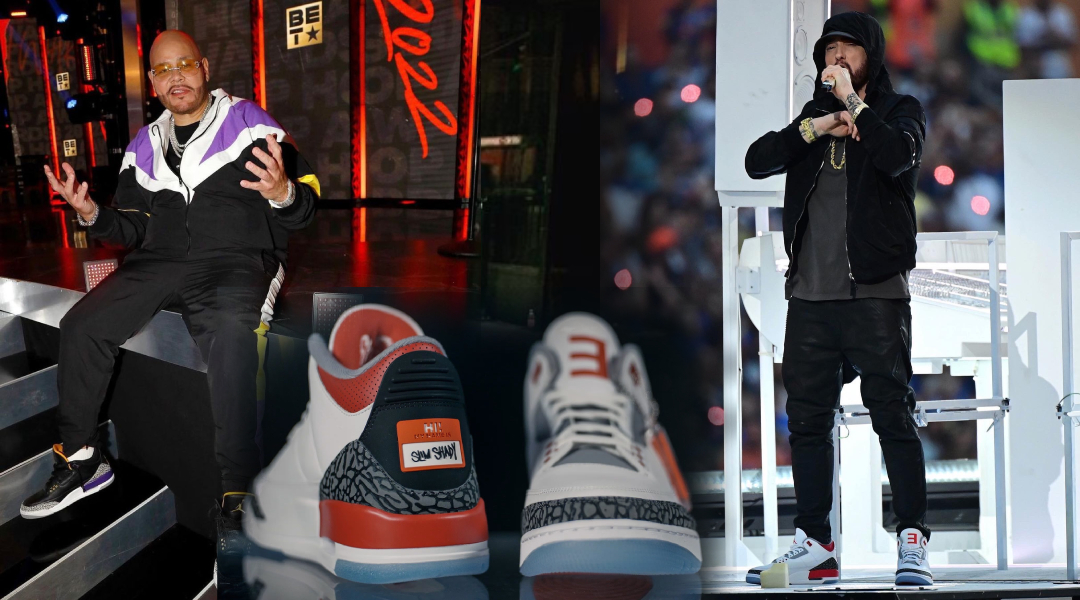 The Eminem x Air Jordan 3 “Slim Shady” are not meant for the public, but Fat Joe got his hands on a pair for this special event.

Marshall teased the collab on his social media in February 2022.

Then Em broke out his new Air Jordan 3 PE for the Super Bowl Halftime Show performance and made all sneakerheads talk about this deeply nostalgic but at the same time daring and personal collab with Jordan. 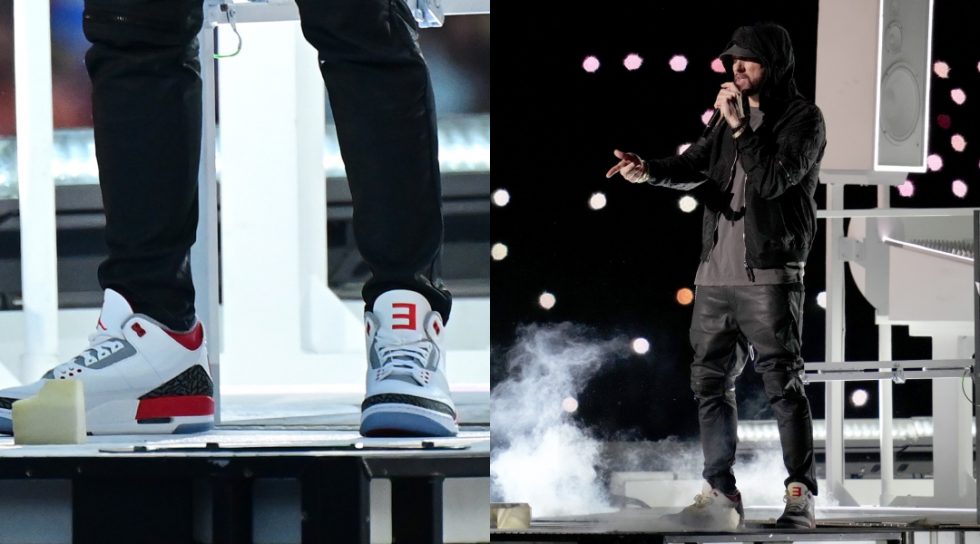 Fat Joe knows where the heat is, so draping himself in ice to host the biggest hip hop award ceremony of the year, he donned this extra special pair of shoes. And documented the fact in his Instagram video, tagging Em in the caption: