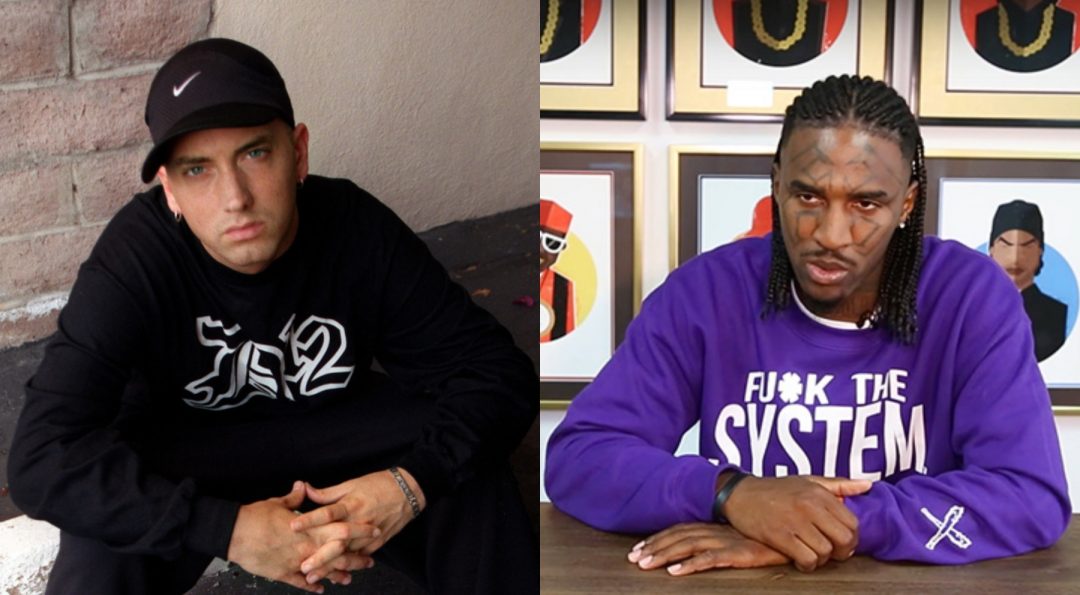 Did you think that two news about Daylyt hectic tweet-posting and his cries for Eminem’s attention would be enough to embarrass him? Of course, you didn’t. Because there is no stopping him when it comes to Eminem. Daylyt goes to people’s comments to insist on his version of the story.

We mentioned that some time ago Daylyt proudly informed everyone that Eminem had sent him some records. Nothing has ever come out of it and, frankly, nobody held their breath suspecting that it was another Daylyt’s trick. However, he still defends this story and even tagged Eminem in his comment, asking Em to vouch for him. Guess Eminem will never respond to this cry for help.

Actually it did ! I have them right @Eminem

Daylyt Encourages Eminem To Step Back Into Battle Rap, Calls Him GOAT

Hopsin Tones Down Expectations On His Joint With Eminem