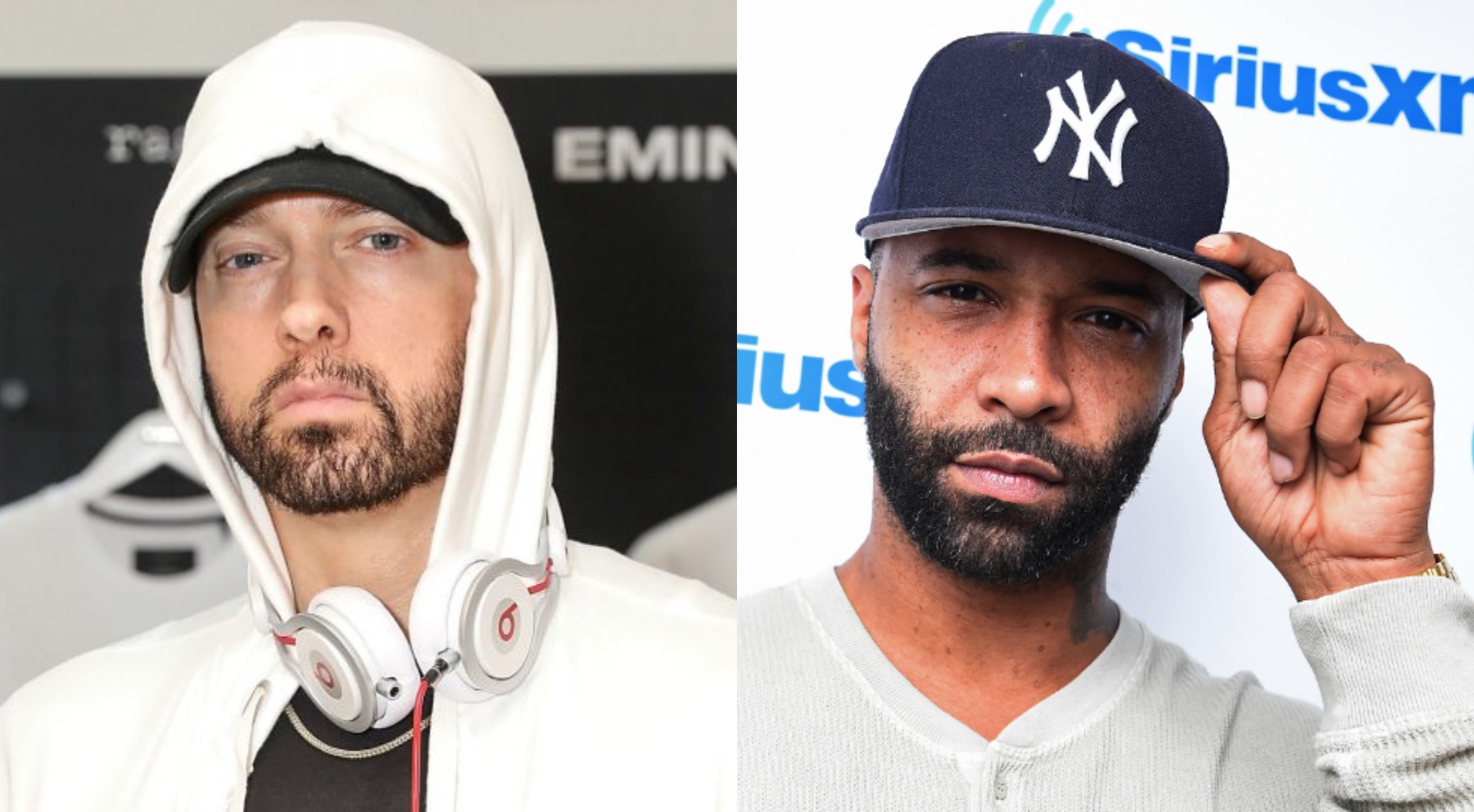 In his podcast, Joe Budden shared his opinion on Eminem’s original verse for “Bang”, which was recently leaked and on which Em disses Joe and Revolt.

Joe sounds calm and mature and sees the bigger picture behind the commotion:

That’s not really where the focus is right now. That’s not where our concern is, or where it should be. It’s way to much important shit going on right now. Even if I was going to come in here and start screaming, I’m not rapping so that’s not fun. Nothing about this is fun. It’s more power in the unity. I’m going to assume we were taking some baby steps to try to reach unity with some of the behind-the-scenes conversations that were taking place. So, nah, this is not 35 year old Joe that’s going to come and fuck everything up cause I’m mad about some old shit. I’m going to be mature — I’m 40. Great verse, it’s a great verse!

Analysis of new Eminem’s lines on the original version of Bang: