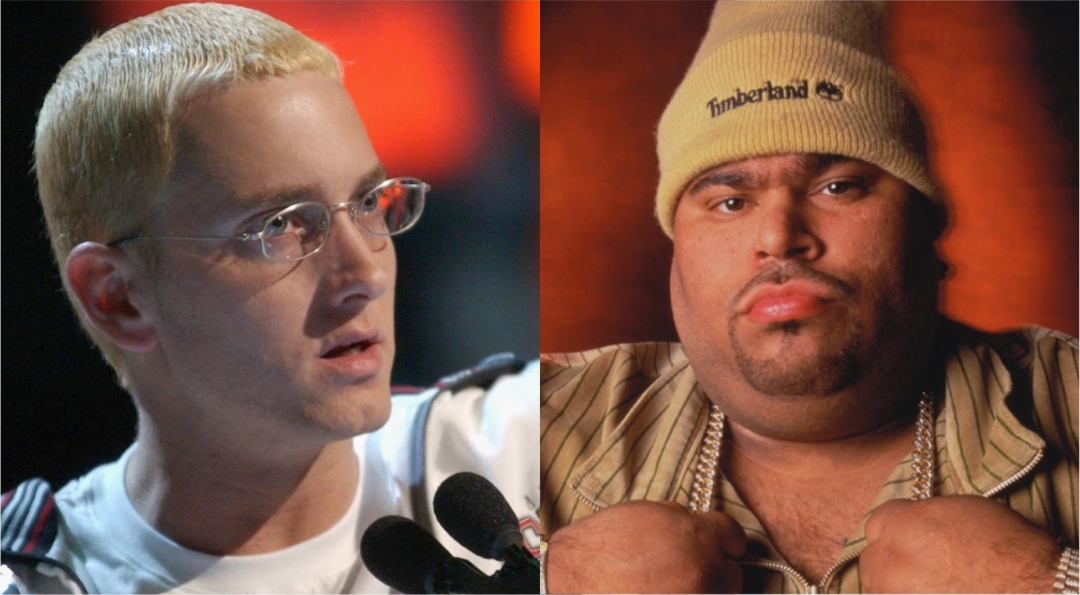 One of the best MCs of all times, who came into prominence in the 1990s as an unparalleled wordsmith, had a goal of making a record with Eminem.

This topic came up in the conversation between Remy Ma and Fat Joe, two artists who played important roles in Big Pun’s career. Remy Ma shared that Big Punisher was extremely competitive and would jump on any song just to destroy whoever dared to go against him. But at the same time, his eyes were set on a rising star from Detroit.

Fat Joe, the one who discovered Big Pun and who was at his side throughout his short and bright career, was shocked by this revelation. He immediately imagined how brutal that collabo would have sounded:

You know, Pun would have went blow-for-blow. They’d have been on triple time.

Remy Ma agreed and pointed out that both Eminem and Big Pun were alike in their meticulous approach to lyrics and rhyming schemes:

They were similar. They had that psychotic wordplay and that far-fetched things that nobody thinks of saying… So I would have definitely loved to hear like that turned out.

Sadly enough, Big Pun passed away in early 2000 and this idea of his has never come into fruition.