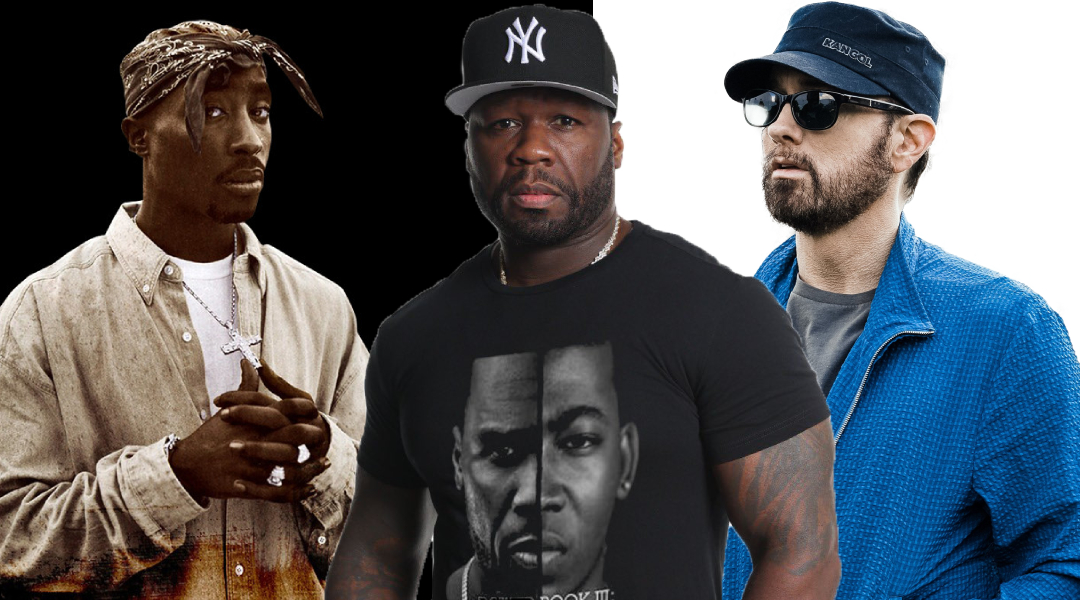 50 Cent is not just a talented lyricist himself. He can provide a nuanced textual analysis of hip hop legendary songs, taking into account the social-economic situation, the state of the music industry, and the impact it has on the culture.

Fifty sat down for a long conversation with Brian J. Roberts and right in the middle of his super-successful tour, he became contemplative and shared some deep insights.

Talking about how growing up without a father didn’t make him damaged but taught him that father figures come in different ways and packages, Fifty pointed out how similar experience is perceived from different racial perspectives. Fif used striking examples from Eminem’s and Tupac’s legacy to show how it works:

I’ll put two hip hop artists right there, really profound and really prolific artists within our culture. They have very similar things happened with different responses. Eminem’s mom — the drug usage was part of it and he would do: “Sorry, mama! I never meant to hurt you! I never meant to make you cry but tonight I’m cleaning out my closet”. And then Tupac’s mom — also has some drug usage involved in her experience. And he said: “You was a crack fiend, mama, you always was a black queen, mama”. I think the tones of anger are different in the two of them as artists. Em’s anger is coming from “things were supposed to be right”. And Tupac’s statement is almost like in terms of endearment in it. Because it’s like we always was still all ahead. The expectations of things going right from the white American perspective versus accepting the idea of things not going right for the African-American perspective are what makes difference in the tones in those records. It’s both the same scenario but different ways of expressing experience because of the difference between the two artists.

This comparison reminded Fifty that people still tend to disregard Marshall’s impact on the culture:

And I don’t think people credit him for everything. I think the growth of our culture should be also a trophy for Eminem. When people don’t see where they fit into it they don’t actually indulge in it, invest themselves, and damn sure don’t spend their money. He had those Vanilla Ice situations. Those guys were not respected and accepted, even though they were big fucking artists. Because the audience out there, they saw themselves in the artists. So when the guy comes along that you can see his experience is authentic — it gives everybody a way in.

And of course, 50 Cent never shies away from the conversation about Em’s role in his rising to prominence:

And me personally, my career is a reflection of it, my association to Em. Prior to my record coming out, the most I’ve seen from a black male hip hop artist was five million copies of Tupac’s “All Eyez on Me”. This double CD was the first time I’ve seen something go diamond. And to have my first album sell 12 million records… If you don’t credit or you dissociate it from the fact that I’m in the association to Em who’s selling 23 million records of “The Marshall Mathers LP” then you’re just a fucking idiot. It is also that connection.

But what is important to understand is that Fifty talks about numbers because they reflect people’s engagement. Fif says that Eminem and his authenticity resonated with an incredible amount of people across the globe. And that Marshall opened the hip hop world for people who were not engaged with it, but once involved they contributed to the success of black artists as well.