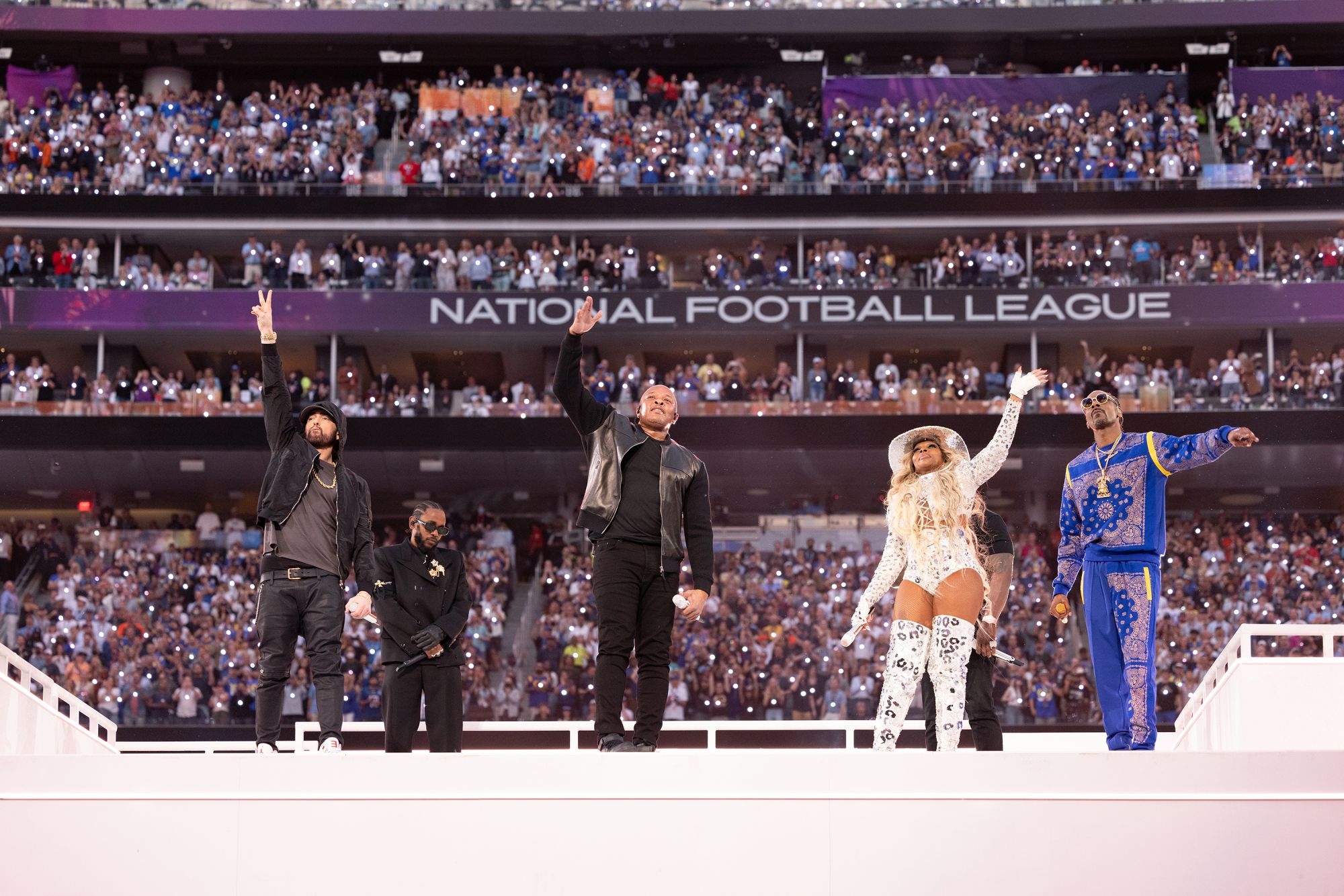 Noting that a Super Bowl Halftime Show was not such big of a deal until Michael Jackson took the stage in 1993, the magazine puts his performance at No.10. On the very top of the list sits Prince’s memorable show followed by the U2 set from the early 2000s. No.3 is reserved for Dr. Dre and his closest creative allies, who hit the stage less than a year ago:

The Billboard staffers wrote a short description for every entry and the one for Dr. Dre showcasing his friends and artists was titled Dr. Dre & Friends. It goes:

Hip-hop finally got its halftime show spotlight in 2022 when Dr. Dre and his cohorts took over the SoFi Stadium in Inglewood, Calif. Previously announced performers Snoop Dogg, Mary J. Blige, Kendrick Lamar and Eminem were joined by surprise guests 50 Cent (rapping “In Da Club” upside down) and Anderson .Paak, who banged away at the drums during Slim Shady’s “Lose Yourself.”

From Dre sitting at the piano to play “Still D.R.E.” to Snoop rapping to Blige’s booty-shaking “Family Affair” to Kendrick’s modern classic “Alright,” it demonstrated that hip-hop is more than ready for its moment – and many more to come, we hope — at the Super Bowl Halftime Show.

Of course, when these ratings are not based on numbers, they are nothing but an opinion. So, out of curiosity, let’s have a look at the views that the Top 5 of this list have gained. Only for full videos uploaded either to the NFL or the artist’s official channels on YouTube:

It puts things into perspective, doesn’t it?