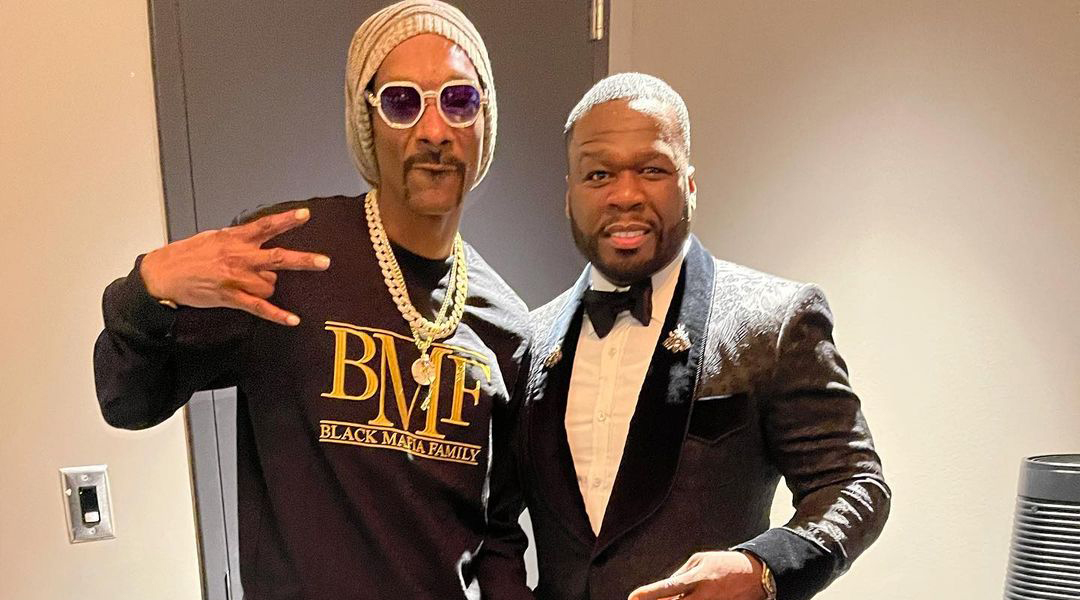 Snoop Dogg called Fifty a legend and admitted that he learned a lot from the New York rapper.

Fifty did not hesitate to shout out back to Snoop and proudly share the extract from the interview where Snoop talks about 50 Cent:

When you diversify your portfolio… Fifty’s gonna be a legend in rap forever. His records, his music, his movies, the shit he did – it just has changed the whole game. He ran New York for a minute and put this New York spirit back in the game. He did that. He figured that shit out. I’m a student. I’m trying to learn from him.

Fifty shared this video with a caption:

@snoopdogg that shit you just said means way more than a 🏆award to me.

. @snoopdogg that shit you just said means way more then a 🏆award to me. #bransoncognac #lecheminduroi pic.twitter.com/cgsjJJBcSG

Snoop recently had a chance to study Fifty also in his producer’s hat, as 50 Cent cast the rap legend for his TV hit show “Black Mafia Family” set in Detroit.

50 Cent Rubs His Emmy Win in The Game’s Face

50 Cent Made The Whole Crowd Give a Shout-out to Eminem and Dr. Dre