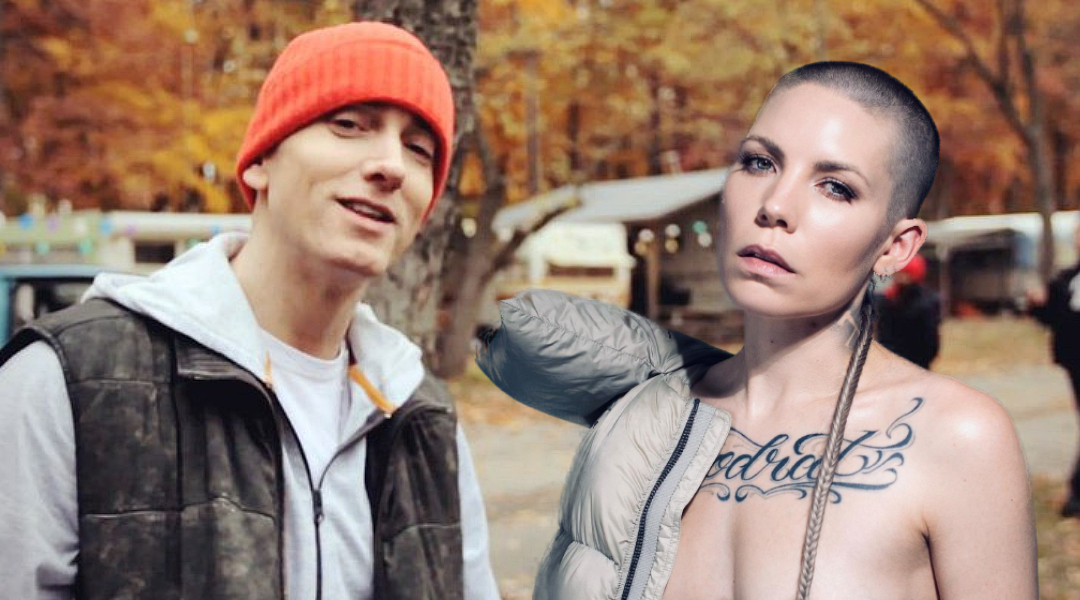 Skylar has done 10 songs with Marshall, but one of them feels like a missed shot reveals a singer/songwriter.

“C’mon Let Me Ride”, she says, was silly and sarcastic and didn’t really reflect her. And that would be alright, but she recorded it for her own album and to have Marshall taking part was a big deal. Not it looks like a chance missed.

Skylar talked about it in her improvised Instagram AMA session. She wanted only unique and genuine questions from fans and responded to them with marching sincerity. So when a follower asked if there had been any lyrics that she regretted writing or did not believe anymore, Skylar gave an expected answer of “no regrets” but then elaborated:

Oh so many lyrics I have written that I no longer relate to…But no regrets.
But I do sometimes wish I had not done that silly bicycle song. I was still finding my way back then. I would have so much rather done a dark beautiful song and video with Eminem…I feel like I kinda blew that opportunity. I was after a ‘hit’ rather than just making art. 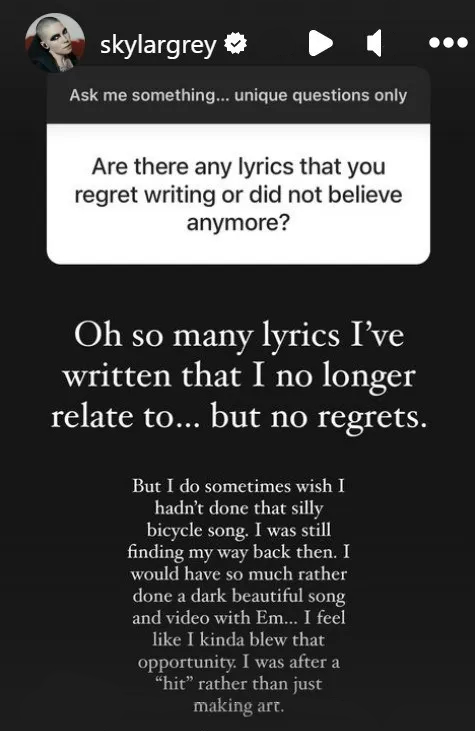