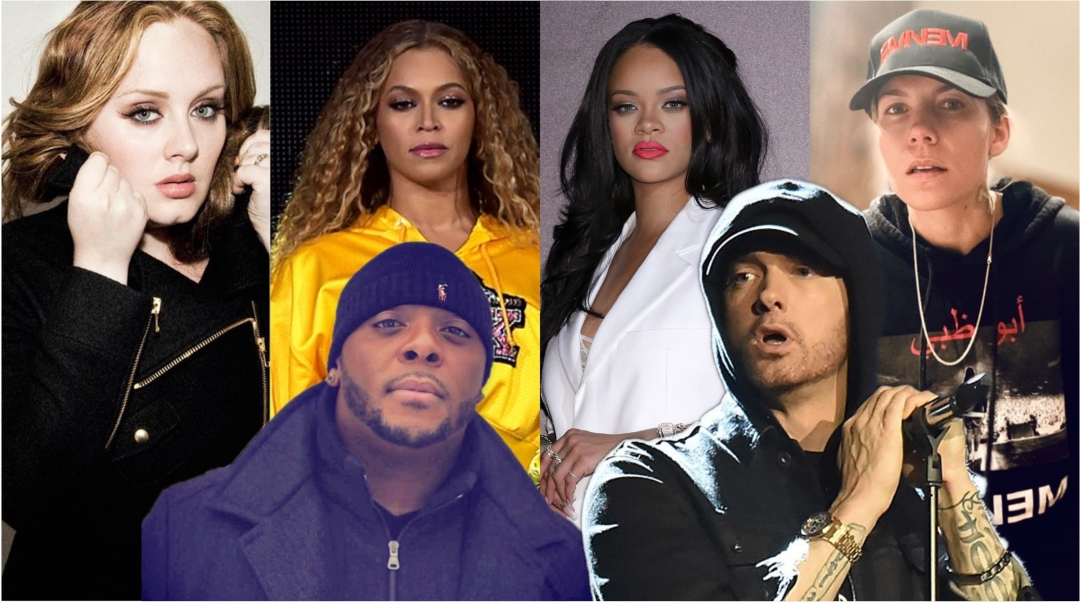 Apparently, he had some daring ideas about bringing star-level female vocalists on “Walk on Water” to create an unprecedented collaboration.

I always had this dream of having different great people singing the same hook. I actually presented the same concept to Em for the “Revival” album for “Walk on Water”. I wanted it to be Beyonce, Rihanna and Skylar. And then I was, “What about Adele, yadda-yadda” and we were just tossing around ideas of people. It was always Beyonce though because it was just a great idea. But it would have been crazy if Beyonce, Rihanna, Skylar and Adele were all singing the hook and then at the end they all harmonise the same hook. That would’ve been crazy.

Indeed. Looks like “Revival” could have sounded very different if creative decisions had been made by Mr. Porter.