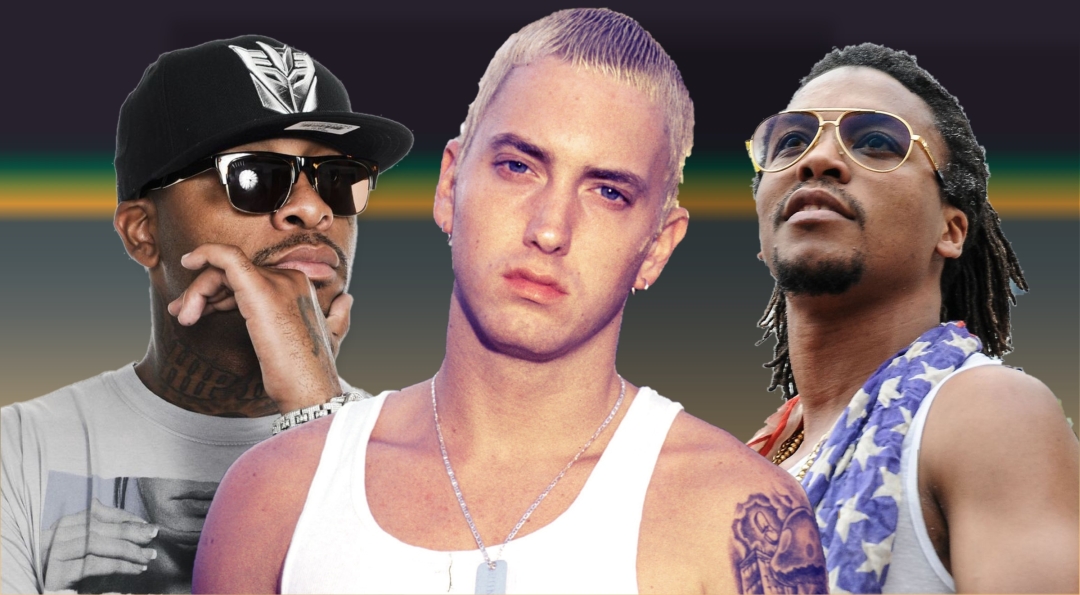 Chicago rapper came up with the unconventional list of Top 8 lyricists who he currently rates higher than himself in the game.

His list included the names that are not often mentioned in similar exercises alongside often referenced Eminem and Jay-Z. So, Lupe Fiasco’s list goes as follows:

He continued the topic with positioning himself in relation to this list and bragging about his own abilities:

I am not better than any of these people on this list.
If YOU are not on this list… I will lyrically walk through the walls in your house while using your own style to do it… and yes my nigga that includes YOU…
#PERIOD

It does look like aggressive vague-posting so to nobody’s surprise, both tweets were deleted soon. However, the Internet keeps the receipts: 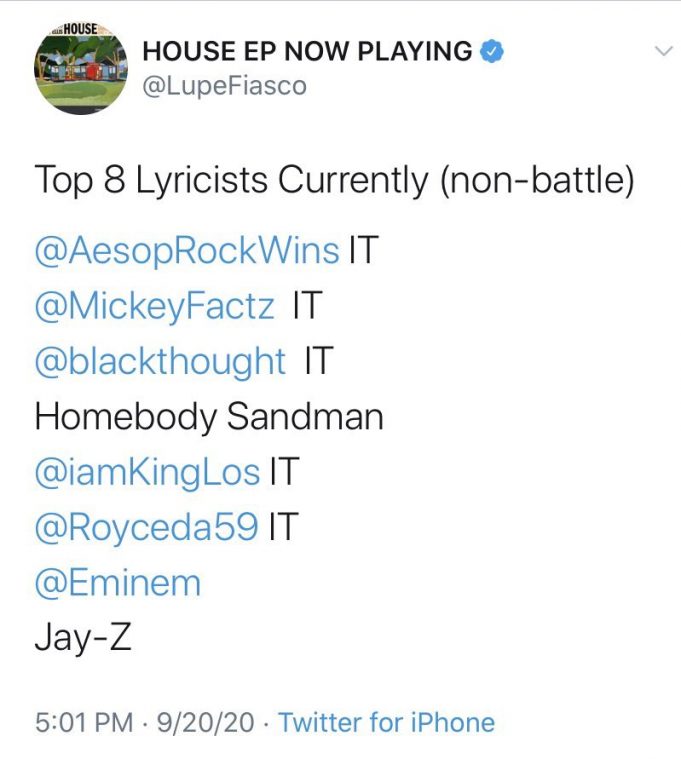 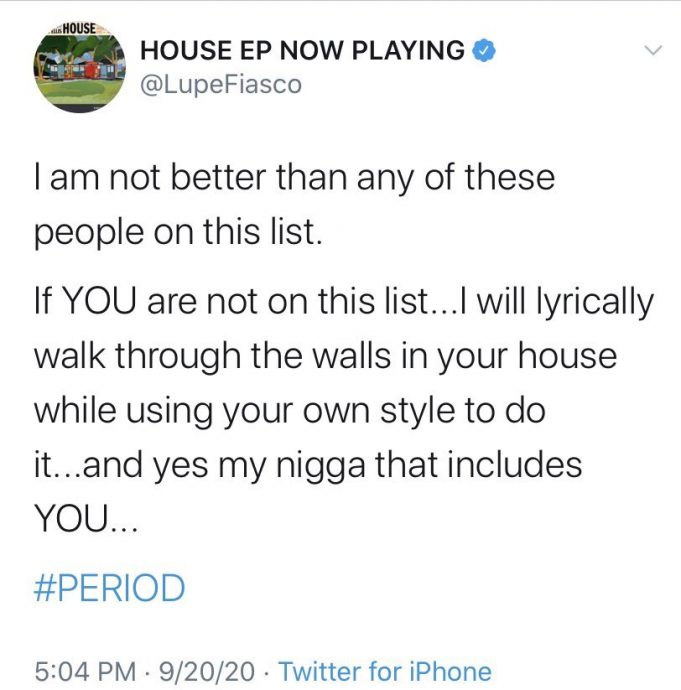