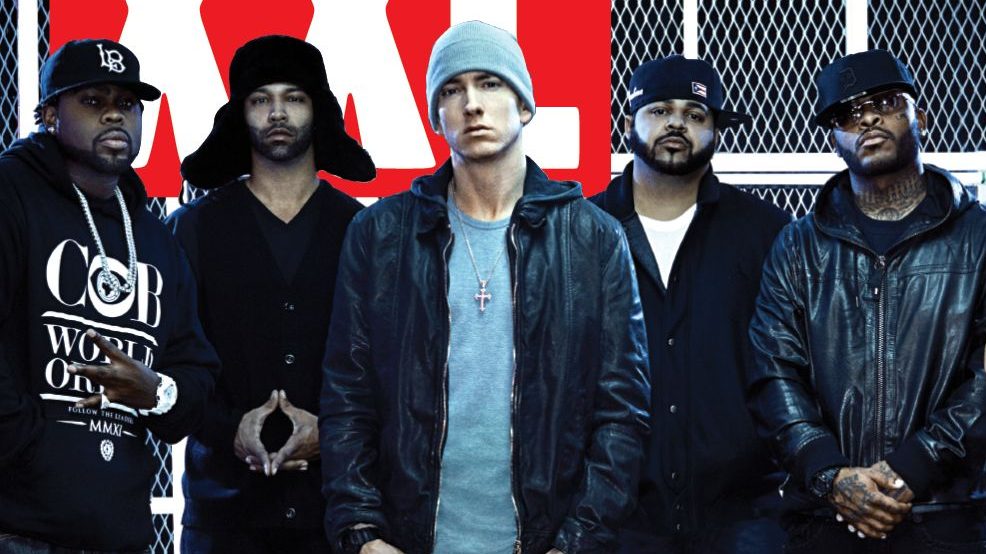 Royce discussed a transition from the underground to mainstream and the role Eminem played in it for Slaughterhouse.

The conversation about the supergroup’s fate goes far and wide, and sometimes deep recently, provoked by the upcoming release by “Rise and Fall of Slaughterhouse” by KXNG Crooked and Joell Ortiz. The fans learn more about four fierce MCs and their relationship now than they ever wanted. Some fans also want to know what was Eminem’s contribution to the story.

Having signed the deal with Interscope/Shady Records, the group started working on their major label debut album, “welcome to: OUR HOUSE”. The project was executive produced by Eminem and sadly did not bring the success everybody hoped for. So, does Royce feel like Em was responsible for this flop? Royce answered this question on his Instagram live, and it seems like only Eminem blamed himself. Royce even had to convince him to stop feeling guilty:

Do I blame Marshall for “Our House”? What do you mean? The way it came out? Em put his fucking soul into “Our House”. Em probably put as much work in “Our House” as I did.

Marshall had a vision for “Our House”, and when we put it out, fans thought it was too polished. Judging by the feedback, I learned a lot about the way that artists tend to approach the music when we go from buzzing on the underground to a mainstream platform. We start to acquiesce to that space. And a lot of times, that reach is what we don’t like. Certain records sound like you are going for a single. We can hear that, and we don’t tend to like those kind of records. One thing that I knew about Slaughterhouse and the brand was that people liked the rawness of it. They liked the authenticity of it, they liked the organic nature in which we were doing things. It wasn’t a whole lot of thought that went into it. Once we got on the major, it was a lot more thought. Because we went in feeling like we were against the eight ball.

So I’m very aware of all the mistakes that we made creatively, and I can take the blame for a lot of those. As far as Marshall… Do I blame him? I don’t blame him for anything creatively. I see the mistakes that were made, but I told him, don’t trip on that. Cause he felt like, “Damn, I touched it too much, I did too much”. And I was like, “Nah, don’t even do that”. If it’s L to take, we’re going to take this L together. We’re not gonna do the finger-pointing thing. It was all good when we were in the studio together. Because it was all good. It was all good when he was in there doing it. We were in the studio together. When “Our House” came on in the room, we were all in there excited. It wasn’t really nobody to blame. That’s just art.