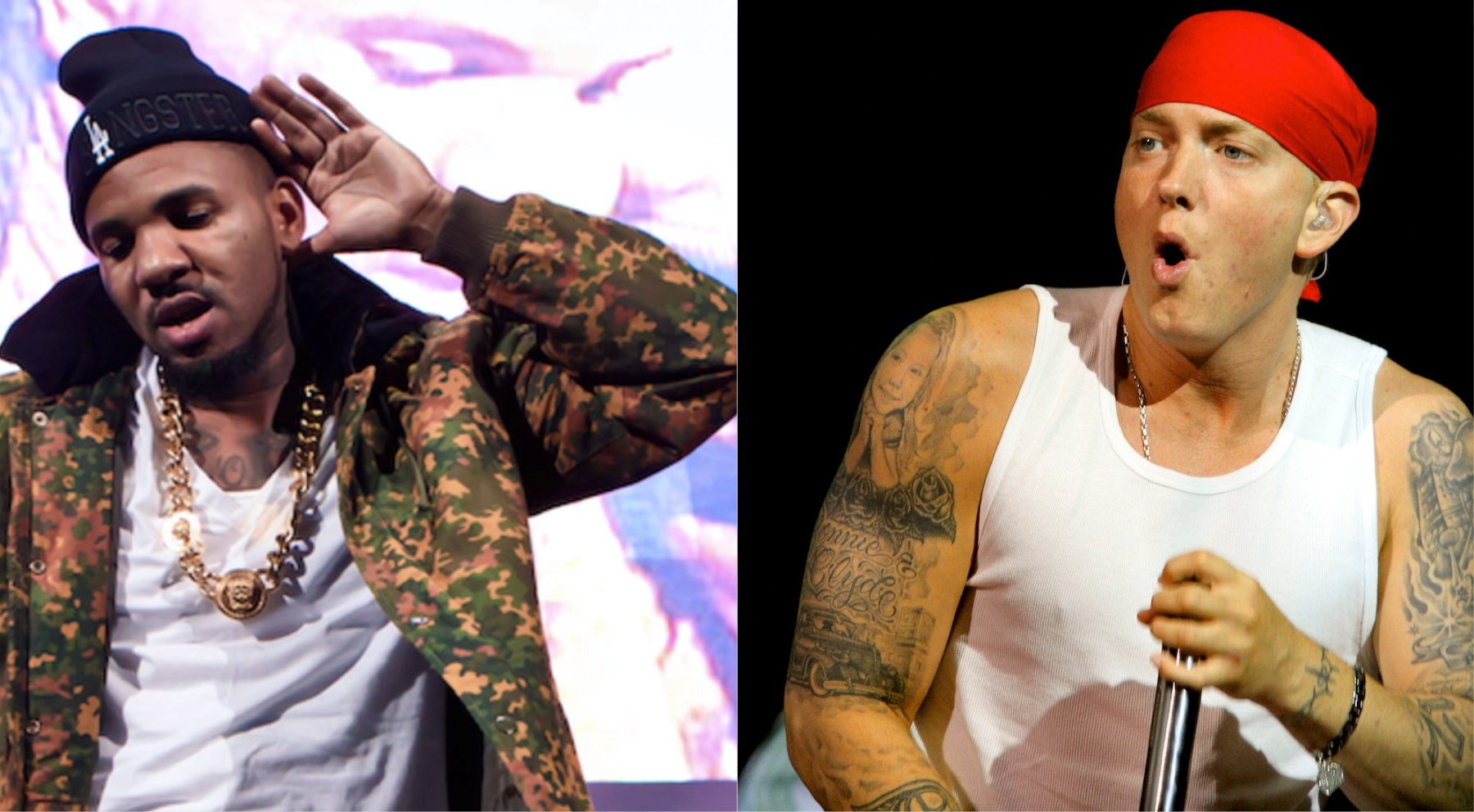 Orlando Brown played in so many comedies that he can recognise a hilarious moment even behind a tragic story of The Game’s unrequited beef. His impersonation of Eminem shaking with laughter was just as funny as a suggestion that Kendrick Lamar ghost-wrote “The lack Slim Shady”.

The actor and rapper was confronted with very seriously posed questions about The Game’s beef on Cam Capone News, but Orlando just could not take them seriously:

I’ve heard like three seconds of it, and I don’t like it. It’s none of my business. Ten minutes? Why ten minutes? It’s personal. It’s really, really personal. What was the point of that?

In his unique manner, Orlando made the most outlandish suggestion on the authorship of the lyrics, reminding us that first of all, The Game is infamous for his, let’s say, moderate lyrical abilities:

I don’t like it, and I think Kendrick did it. Kendrick Lamar wrote that shit. Game didn’t write that shit. Everybody knows Game doesn’t write his own lyrics.

The host seemed to be taken aback by Orlando goofing around and, in all seriousness, asked what he thought would happen when Eminem responded to the diss. For a second, the actor went serious, pointing out that this scenario is out of the realm of possibility:

Eminem is never going to respond to fucking Game. It’s just not gonna happen, I’m sorry. It’s just so distasteful. It really is distasteful. I don’t think that he’s that shook about it. At all. I think it is hilarious to him. It would be fucking funny to me if I was Eminem. I would be like, “Ohohohoho, oh, okay, Game did a diss track on me! That’s fucking hilarious! Okay, let me go chill with fucking Bon Jovi and talk about it over some fucking sushi. He won’t be at the table eating sushi with Bon Jovi”.

Watch Orlando Brown rolling with laughter in the video below: