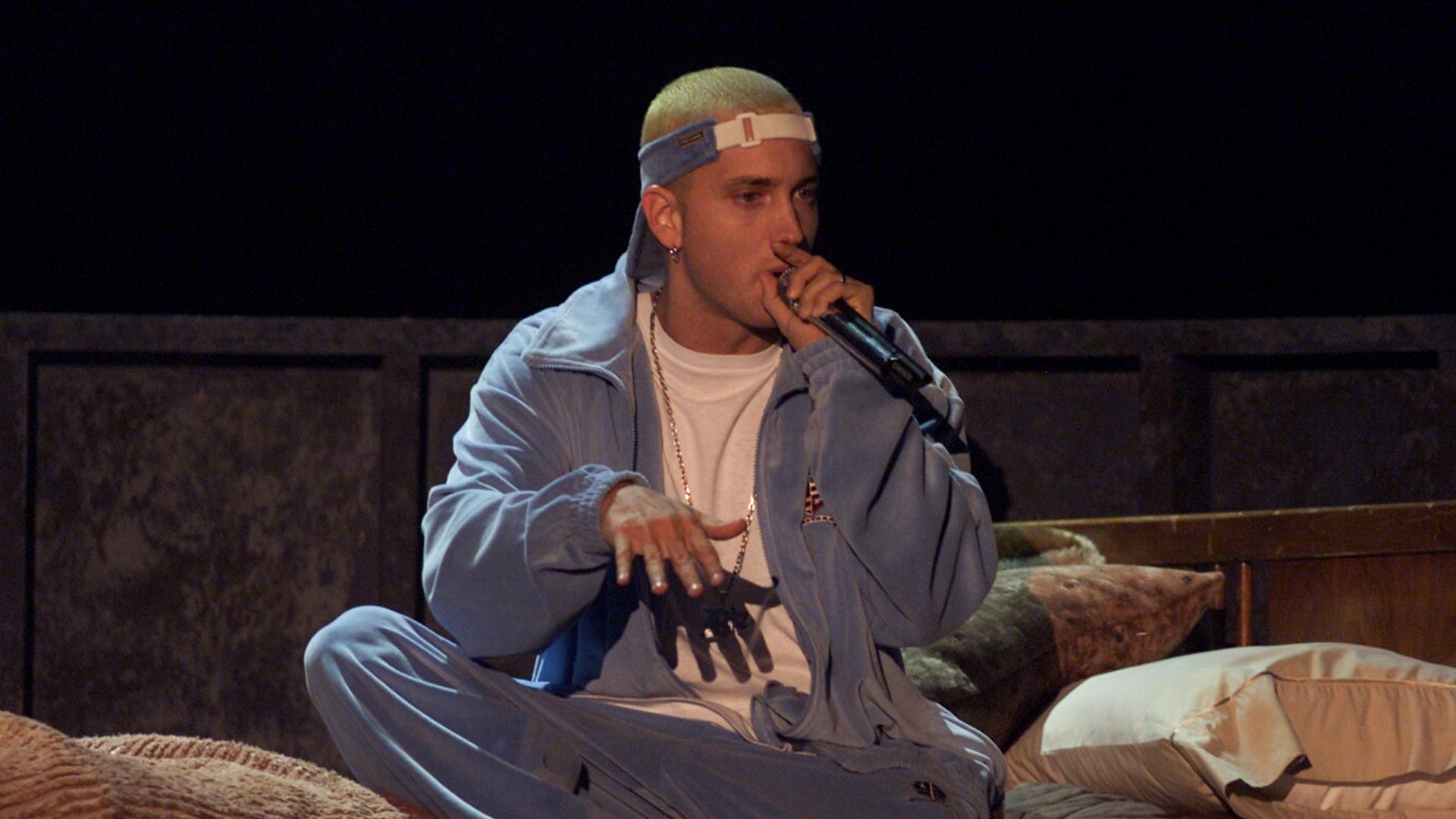 Incredible to think 20 years have passed since Eminem released his second album under Aftermath/Interscope. The Marshall Mathers LP an album that is now regarded as one of the greatest hip hop albums of all time and is now diamond certified in the U.S and has went on to sell well over 30 million copies worldwide. It hit #1 in over 15 countries across the planet. Singles from the album include “Stan”, “The Real Slim Shady” & “The Way I Am”. It won Best rap album at the 43rd annual Grammy Awards.

After the release of The Slim Shady LP and gaining mainstream success both domestically and internationally the label wanted Em to start on a second album as soon as possible.

Eminem said that most of his favourite material off the album came from literally “fucking around”’ in the studio. “Kill You” was written after Em had heard the track playing in the background whilst talking to Dre on the phone. After the call he started writing for the track and then met up with Dre days later to record it. Album track “Marshall Mathers” came around after watching Jeff Bass casually strumming the guitar. Finally “Criminal” was based off a piano rift overheard by Em from yet again Jeff Bass.

The macabre tracklist spawned many memorable tracks including “The Real Slim Shady”, “The Way I Am” and, of course, the controversial “I’m Back” which is notable for the line “I’ll take seven kids from Columbine, stand ‘em all in line. Add on AK47, a revolver, a 9, a MAC-11 and it oughta solve the problem of mine.” Considering the tragic shooting of the ill-fated school only happened the year prior, many critics were quick to criticise the Detroit MC and felt it was too quick to mention. But in true Slim Shady style, no subject is too hot for Em to address. 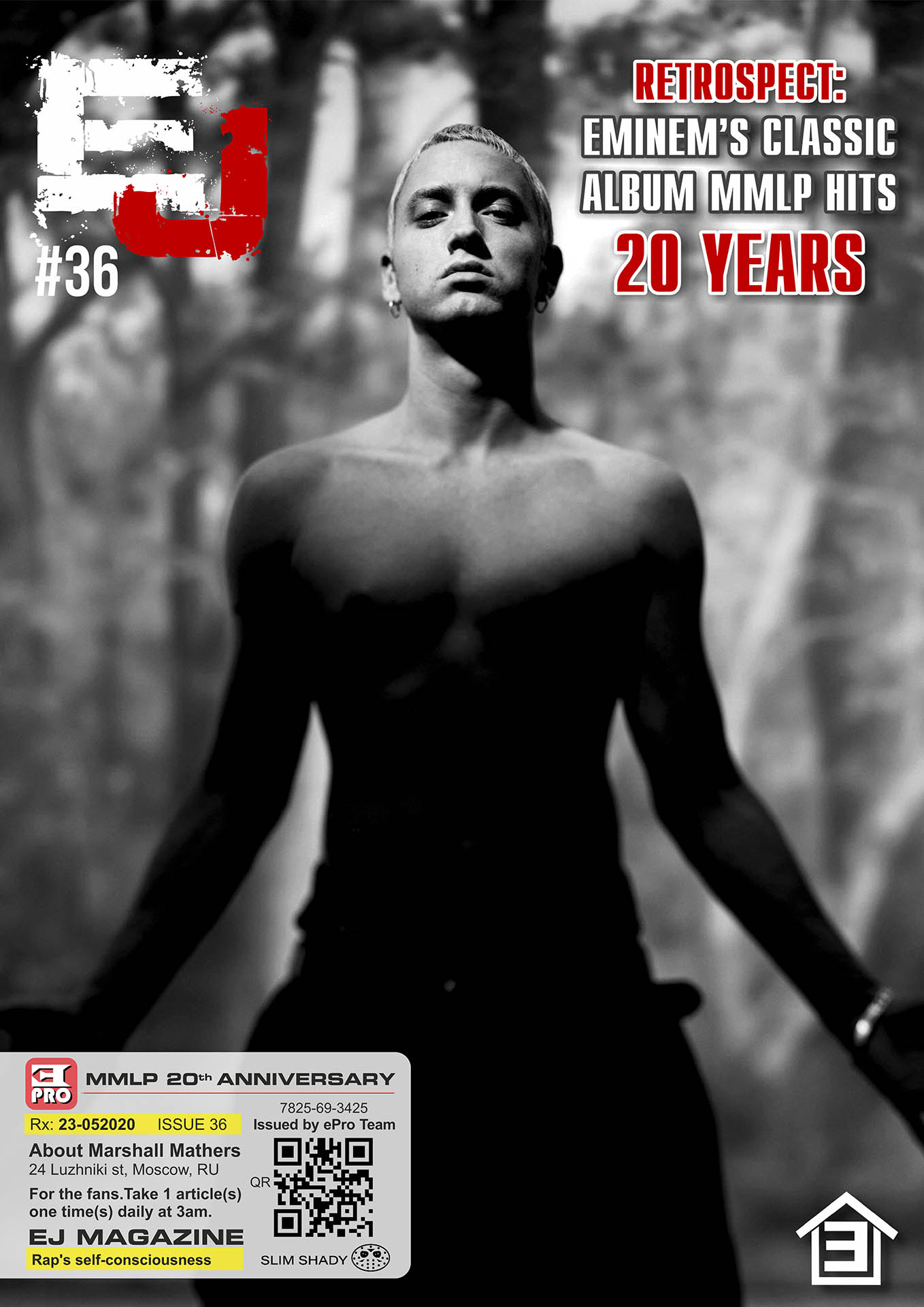 The mood of the album definitely delves into the depth of Horrorcore, as seen with one of the most brutal tracks ever recorded, “Kim”. Who could forget the track dedicated to murdering his then on and off wife, Kim Mathers, after finding out about her promiscuous relationship with another lover. As well as rape and mass murder among the subject in the album, accusations of homophobia were rife amongst critics, demonstrations from Anti Woman hate groups and The LGBT community but these were quickly shot down when Eminem performed “Stan” at the 2001 Grammy award ceremony with celebrated homosexual Sir Elton John in which the Brit Pop Icon sang Dido’s vocals as well as performing the instrumental on piano. After Elton fought his corner soon after The LGBT community dropped their case against the Detroit MC.

In terms of legacy & inspiration the album remains relevant to this day in terms of lyrical content, story telling and freedom of speech. Many rappers have been inspired by the albums such as Kendrick Lamar, Big Sean, J. Cole, Joyner Lucas, Juice WRLD, Logic, Jessie Reyez and even Popstar Ed Sheeran. It has also been ranked in many “Greatest Albums Of All Time Lists” from media outlets such as Rolling Stone, Billboard, NME amongst others.

Eminem went on to release the sequel 13 years later in 2013 with “The Marshall Mathers LP 2”. Opening track “Bad Guy” is the sequel to “Stan”.