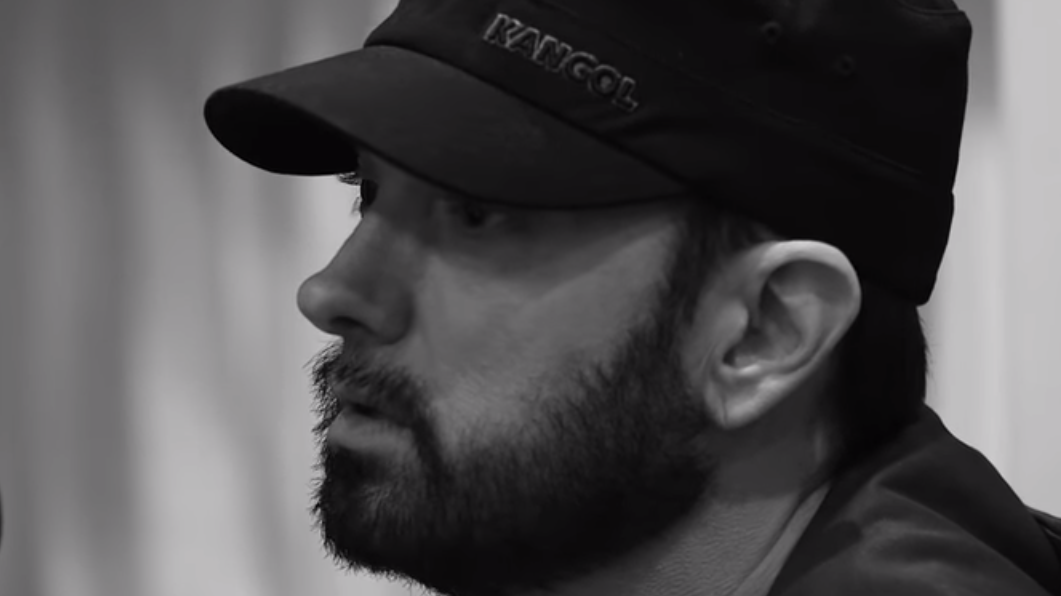 Eminem’s battle rap career was not without bumps. Before going to the Rap Olympics he was evicted from his house and he really wanted to win, not only for fame but also for a small cash prize. He lost.

He talks about lost battles without being bitter and paying respect to those who were better than Eminem on that day:

I met a few people that got me out of Detroit and I started going to… I went to like 97 Scribble Jam in Cincinnati and I went all the way to the end and then I lost to this guy named Juice, who to this day is still a really good fucking rapper. And I think that he’s so good that it’s okay that I lost to him. And from there I met Wendy Day and she put me on her battle team. She had this battle team that was at the event in LA called the Rap Olympics and she put me on that team. I went out to LA and we got in that battle at the Rap Olympics, went all the way to the end and lost again to the last dude. And I was super discouraged, I just got evicted from my house, had to break in through the back of the house. The dude that we was paying rent to, he wasn’t paying the rent with it. So one day, this is literally the day before I go to the Rap Olympics. Thank God for Wendy Day because she paid for my plane ticket. But that day I came home from work, me and my boy, and we’re like, “What the fuck!” All our shit is on the lawn and people was rummaging through it. So I had to break into the back ‘cause I had nowhere to stay. So I had to break into the house through the back window, which was my old window, broke in, slept on the floor, got up the next day, we went to the Rap Olympics. The first prize was $500 and I needed that $500, man. And I lost and I was fucking devastated. And then this kid Dean Geistlinger walks up to me and he’s like, “Yo, man, you got one of those CDs?” And I was like, “Yeah”. And I kind of just tossed it to him and didn’t think nothing of it. I didn’t know that Dean worked with Jimmy Iovine, so he gave it to Jimmy, Jimmy gave it to Dre. And I’m back in Detroit now, fucked. Have nothing, nowhere to go. And I get the call and I’m like, “Oh shit, this is about to happen”.

You can tell that even after all those years it is not easy for Marshall to get back to these memories. So he switched abruptly to Mike Tyson, telling him how deeply he admires Mike.

Eminem – “Sing For The Moment” Certified Platinum in UK

“The Eminem Show” – Eminem’s Most Streamed Album Overcame Another Milestone

Tech N9ne Went to Pilgrimage to Eminem Restaurant and Museum

Eminem Sold Over 1 Million Albums in US in 2022