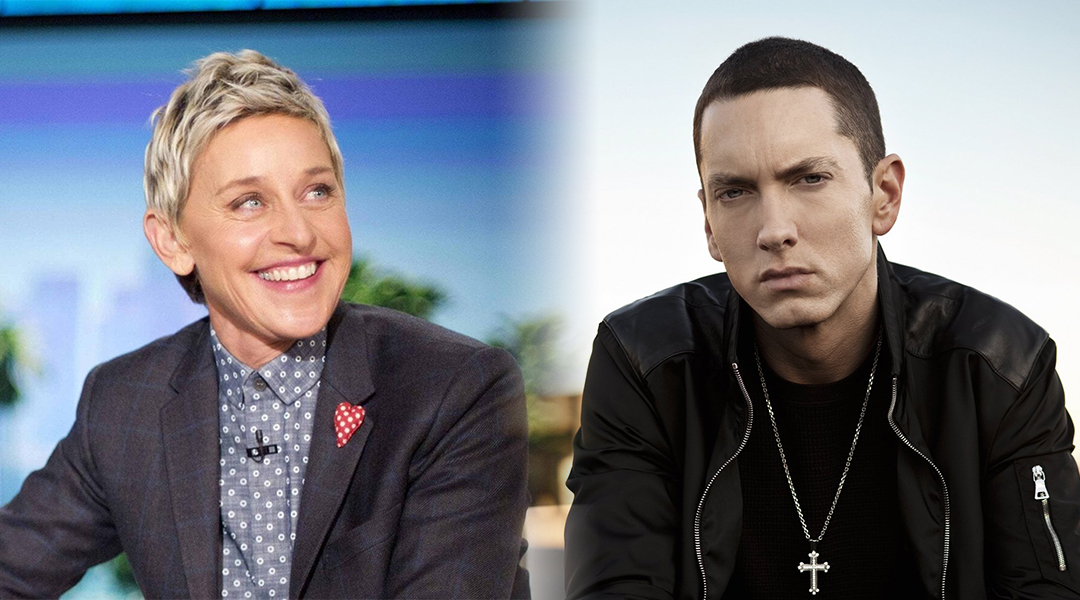 Ellen sent Eminem birthday wishes together with an invitation to take part in her talk show.

Ellen DeGeneres Show has been hosting her daytime television variety comedy talk show since 2003. This year is going to be the last, after some controversy about on-set bullying and work ethics that marred Ellen’s sunny reputation, or maybe just because 19 seasons on air is enough and she wants to move on.

One way or another, Ellen is dedicated to making the last season memorable, and she used the occasion to make Em a public offer:

Happy Birthday Eminem. Come visit me for my last season

Well, knowing how slowly news from the Internet travels to Marshall, he can learn about it after the season is over. And anyway, Em stopped coming to talk shows. His last appearance was three years ago at Jimmy Kimmel Live! Still, he did not do any talking there. Just sang “Venom” from the Empire State Building rooftop and left.

However, there is a warm relationship between Ellen and Em. In 2018, Marshall recorded a video message for Ellen’s 60th anniversary where he called them besties:

I kind of felt I knew you before we met, and now that we met, I kind of feel like we are besties. I just wanted to say Happy birthday. We wish you a happy 60th birthday.

Maybe, given that history, we can tentatively hope that Em will accept the invitation and we’ll see him live on TV, chatting and joking.