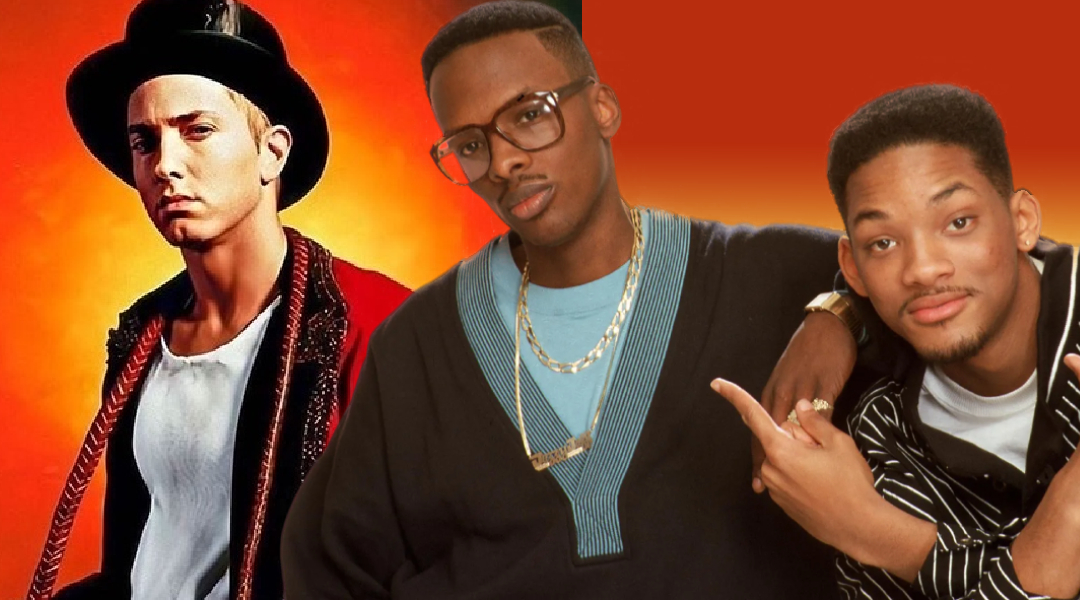 Back in 1998, Will Smith listened to Eminem’s collab with DJ Jazzy Jeff and gave his honest opinion on it.

Jazzy Jeff is not only an exquisitely talented and skilful DJ, he is also a producer, actor and a big part of The Fresh Prince of Bel-Air history.

Jazzy met Will Smith in West Philadelphia in 1980, and they formed hip-hop duo DJ Jazzy Jeff & The Fresh Prince that proceeded to win two Grammys. Both artists later appeared in a top hit TV show, The Fresh Prince of Bel-Air, which brought Will Smith to stardom. Both, meanwhile, remain friends and claim that their duo will never split.

Meanwhile, in the late 1990s, DJ Jazzy Jeff was working on his solo album, “The Magnificent”. He wanted to show what he was worth as an artist outside of their highly successful duo. Unfortunately, Sony shelved his project, only to release it four years later mercilessly cut. The track the corporation did not want to miss on, however, was Eminem’s feature, “When to Stand Up”.

Jazzy told a story about recording this track with Em to Talib Kweli on his podcast. Besides info that Eminem, apparently, made a beat for this track himself right on the spot, Jazzy revealed Will Smith’s reaction to their joint:

I wanted to make an album that basically made up who I was as a DJ and a producer. And one of the first records I did was with Eminem. I did a record with Common. Common actually was the one who introduced me to Dilla. I did a record with Channel Live. With all of the people on the record that I wanted. And that was funny because one of the first records I did was Eminem. ‘Cause I had his very first bootleg single. [Slim Shady EP.] And I was like, he’s dope! I reached out to him. He came to Filly to do a show, came to the studio, made a beat. He wrote it, we recorded it. It was funny ‘cause Will [Smith] was actually in town that day. He came to the studio, I played the record for Will, and Will looked at Eminem and said, “You’re gonna be the biggest flop in the world, or you’re gonna be the biggest thing hip hop has ever seen”. And he walked out. And Em never, never forgot that.

I was supposed to be doing that record with Sony. But it wasn’t that level of interest because they were wanting me to get Will on the album. And I would kinda want Will to be on the album because I wanted Will to be on the album, not because you want to try to anchor this with Will. Will is different from Common and Channel Live and all those other people I was trying to get on this record. And they [Sony] did not care anything about Eminem. And literally a year later, when he started to blow up, Sony called me, like, “We want to put this album out, and the first single be that Eminem record”. And I was like, I know exactly what you’re doing.

Listen to DJ Jazzy Jeff — “When to Stand Up” feat. Pauly Yams & Eminemto understand why Will Smith reacted the way he did.