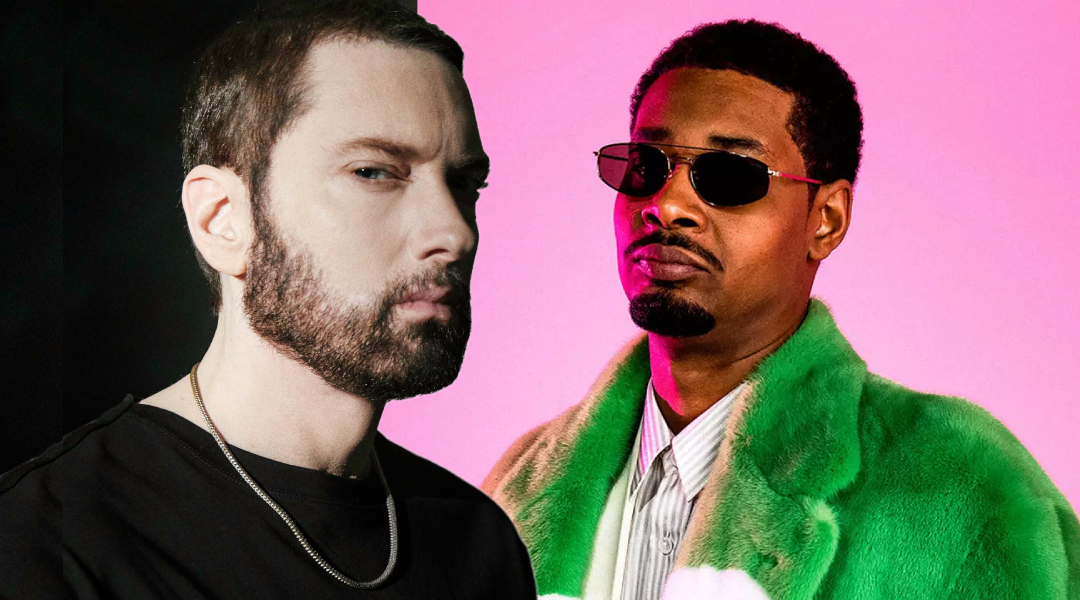 One of the most versatile, unconventional and underrated Detroit rappers says that Marshall spearheaded the Detroit sound and inspired his own style. So it hurts him to see people disrespecting Eminem.

Danny Brown, also known as The Hybrid because of the wide range of flows, voices and cadences he uses, sat down with the FLAGRANT podcast for a long and deep conversation about his path as an artist and some absolutely wild stories about growing up in Detroit, serving time and being targeted by the CIA.

Of course, a host asked Danny, a fellow Detroit artist, how he had felt about Eminem at the beginning of his career. Danny Brown admitted that early Eminem had got more love from the outside than from Detroit, yet still, he had brought change from everybody in the city:

When Eminem came out, it gave me hope. Because I was like, damn, my nigga from Detroit made it! I changed my whole rap style after that! The whole high-pitched [rapping] that’s come from him. I’m here like, that is about to be a style of Detroit. You know, every MC has their sound. He’s about to be a spearhead of this shit, so let me convert to this sound. I‘m proud of the way I rapped before Eminem came out, but then I studied Eminem and really just tried to rap like Eminem.

Not many people maintain the same level of respect for Eminem now, and it disappoints Danny:

I feel bad about how people try to treat Em now. I feel like this is the most purest of him being in hip hop, to be honest. He’s having fun. He don’t have no pressure to make hit songs or to be a big rapper like before he had all that shit. He’s obviously making music to have fun, and everybody is trying to make him like a meme and joke on him and shit. That type of shit would make me not want to make music. He’s still making music like, fuck everybody. But he probably is not an internet guy like we are, so he probably don’t see none of this shit. But it kind of hurts my heart, man, because he don’t deserve that shit.

Danny is not the one to look from the sidelines, he has had direct experience working with Eminem and was his opening act on the 2014 UK tour:

I met him a few times. I played a real bad show one time. I played with him my biggest show ever, I opened for him and at Wembley, my biggest show ever. It was an amazing show, like, 100,000 people! But one time, I did too much fucking Adderall and I was just sad and shit. I don’t know, I was just going through a lot of shit. It was me, Run The Jewels, Russ and Em. And I was just playing the show and the crowd was not really fucking with me. And I was like ‘fuck this show’ and I just threw the microphone into the crowd and walked off stage. I’ve been fired.