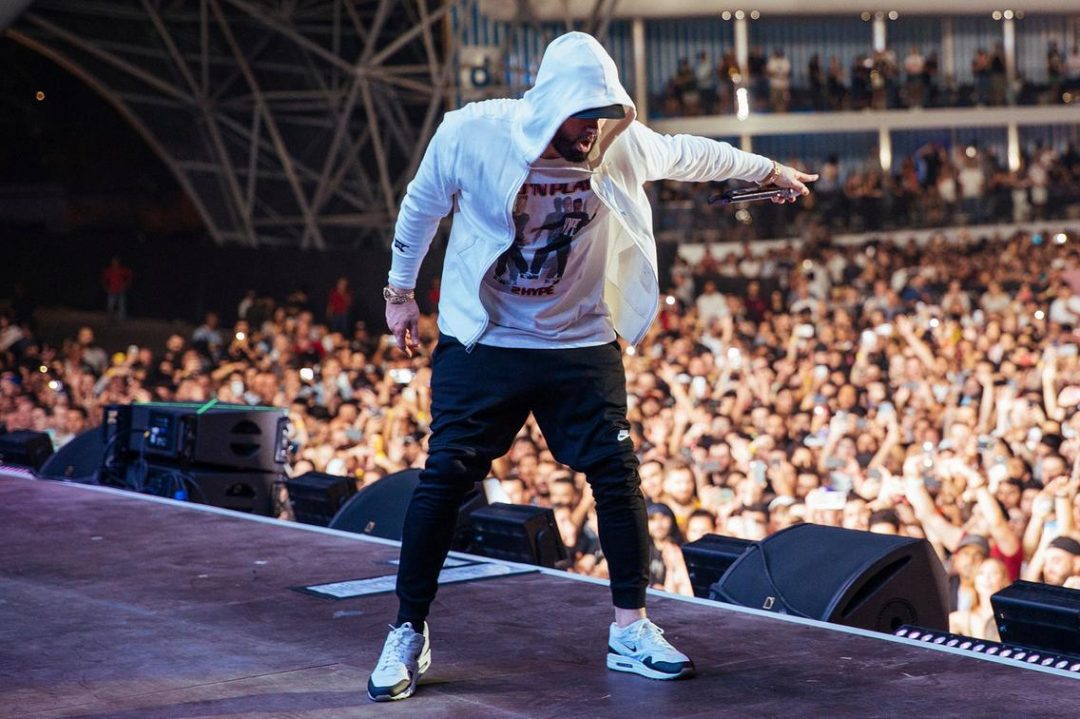 The recent Astroworld Festival tragedy made experts discuss the lack of regulations in the concert industry and artists’ responsibility. Eminem is the one who knows how to deal with the excited crowd.

There is enough recorded evidence of Em paying attention to his fans’ behaviour and intervening when the situation gets too dangerous. In his interview with CNN, Gil Fried, a crowd management expert and professor at the University of West Florida, used one of Marshall’s shows to demonstrate how it can be done:

I handled a case a number of years ago with Eminem where there was a crowd rush at an Eminem concert down South. And a number of people got injured, and he ended up making a game out of it.
He said, “Okay, everyone, I’m going to start a new dance with you. Okay. Two steps back, one step forward, two steps back, one step forward.” And he was trying to alleviate the pressure of everyone that was pushed up against the barricade by doing that. And an artist can do that. An artist can say, “Hey folks, I’m going to stop the concert for a couple minutes because we have an issue here. You know what, I’ll make it up for you guys. I’ll sing an extra song at the end, but I need you to listen to me. Everyone, let’s turn on the houselights. Let’s do X, let’s do Y.” Artists can do that and that’s not going to trigger a mob. People are going to be respectful and listen to that.