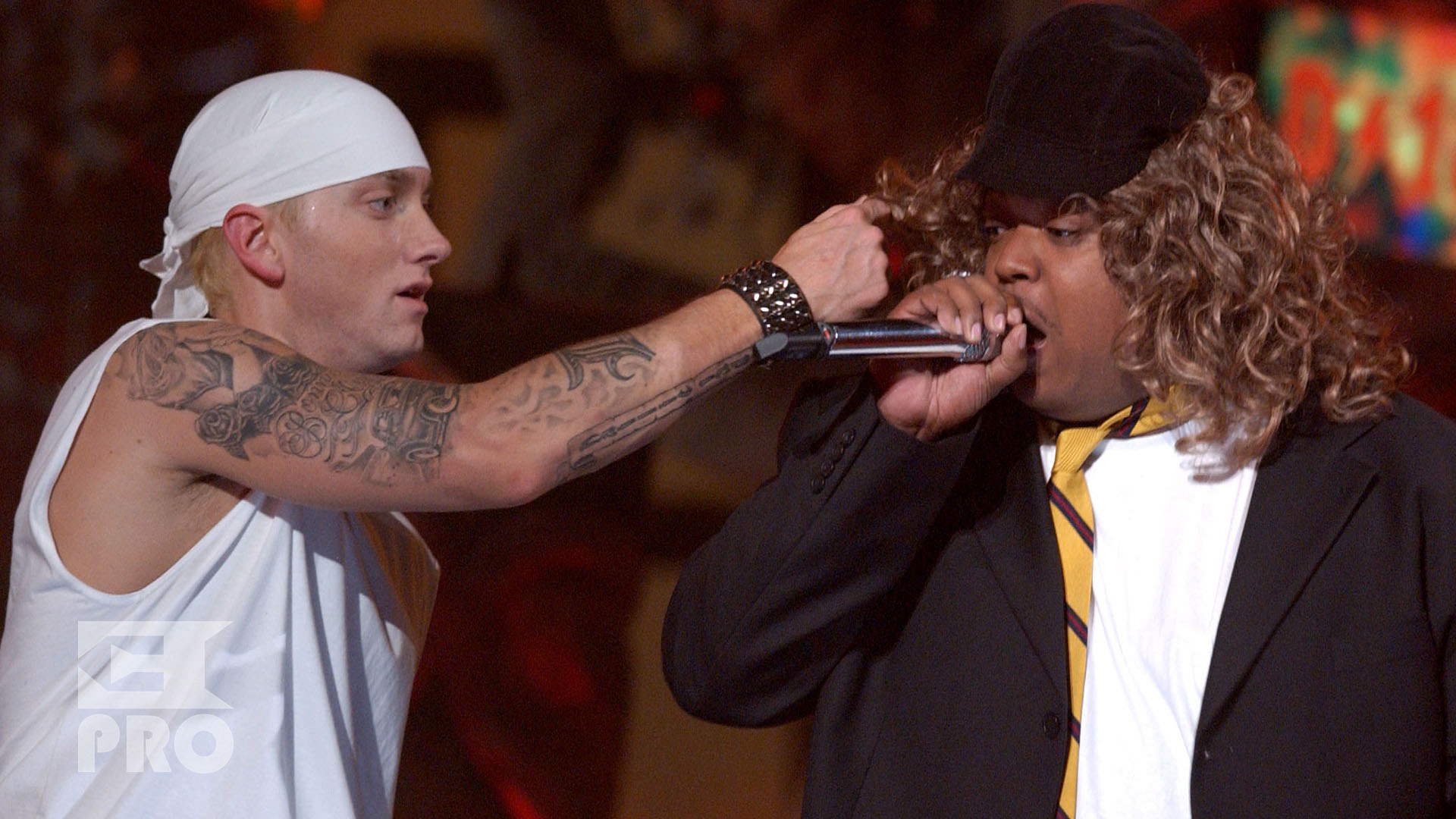 Eminem has never made a secret of his working process. It’s just hard work and constant striving for perfection. But it isn’t easy to follow his example, even for those around him.

Bizarre recently sat down with Bootleg Kev and talked about working with Eminem during the D12 days. Kev wanted to learn about their craziest studio sessions, expecting colourful stories about strippers in the engineer’s room. Oh no, Bizarre laughs. With Eminem, it was all work, no play in the studio:

Craziest sessions? It was a lot of work, man. I think we had fun after the studio. But being in the studio with Em, sometimes you might be in a booth for five-six hours, doing one verse over. He was on your ass. One time he got so sick with it, man. I went home. He wanted me to do some ad-libs over, and I guess he couldn’t wait for me, so when I came back the next day, he had done them for me. He sounded just like me! My voice! And I was like, “Bro, you are sick. You are sick, man”.

Back then, as well as now, Eminem relied on the lyrics he wrote in advance. In constant pursuit of a perfect line, he works on it constantly so he can come to the studio well prepared. He tried to spread this ethic among the group, Bizarre says, but it is not for everybody:

Em was always off the notepad. He’s the opposite of me. I don’t write raps unless I’m going to the studio. It has to be a beat someone should play. If you asked me to spit 16 right now, I couldn’t. I don’t even know nothing, don’t even know my old shit. I have to ask other group members on stage right before the chorus. But him, he feels like he’s wasting the engineer’s time if he doesn’t have anything prepared. And it’s his studio! I remember one advice he gave me that I never followed, but I should have followed this shit. He said, “Man, sometimes just go over the verses, over and over again, when you take it home. You sit and ask yourself, did I say the dopest line right here? Could I have said something better? And if you think you could have, change it”. But I’ve never listened. I like, fuck that, I’m going back to the hotel.