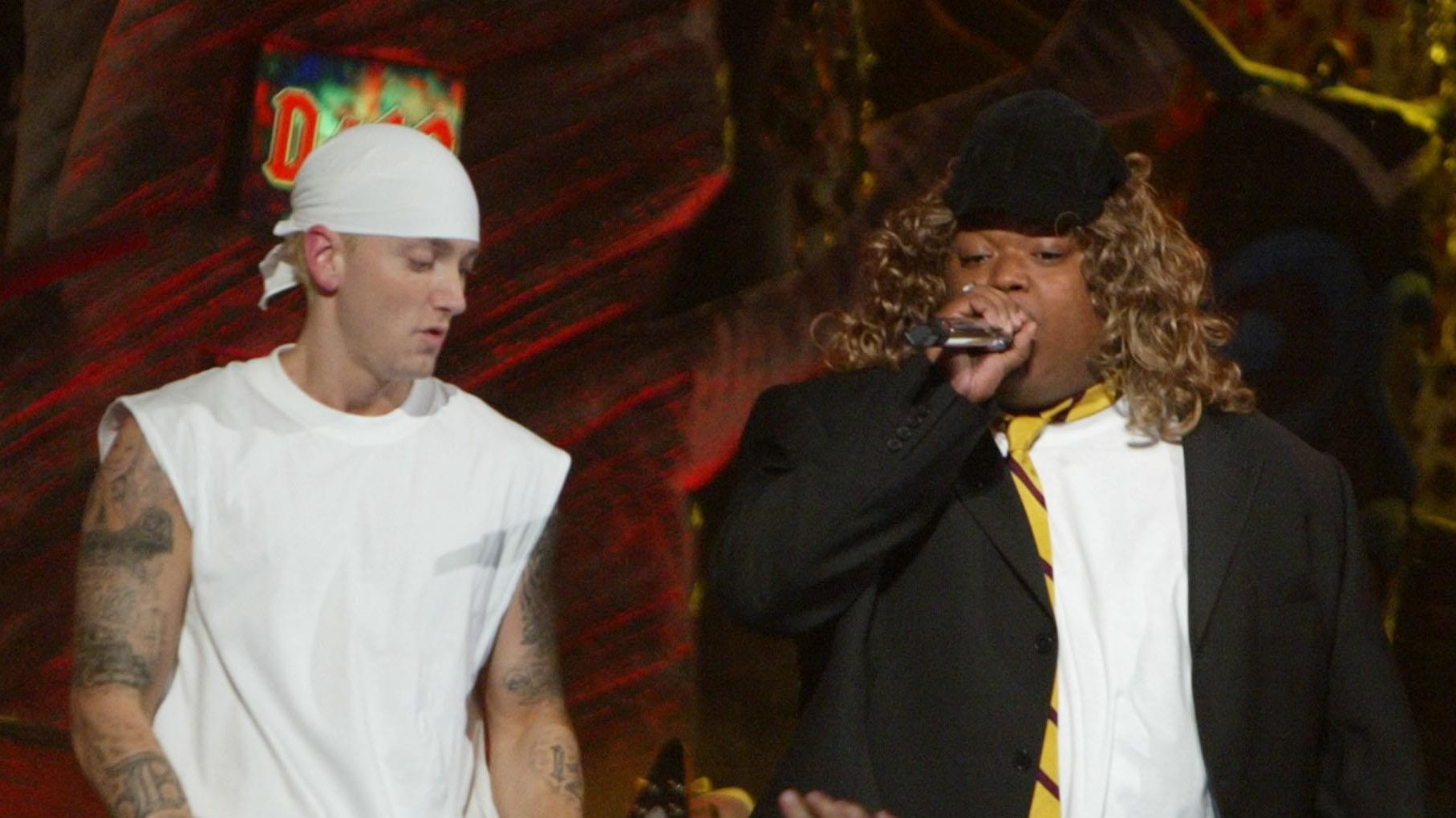 Eminem is the undefeated king of rap battles, states D12’s Bizarre. But what are the chances to see Em battling again?

This topic and more Bizarre discussed with British podcaster Mikey T. The hip hop veteran looked back to give an outline of the Detroit rap battle scene, and of course, Marshall’s name came up:

Back then, it was just freestyle. The movie “8 Mile” is a very damn near real description of how it was. It was really like that. Motherfuckers had cliques. Your clique was like your gang. This clique got beef with this clique… Kinda how it is today. But back then, it was also some rap battle shit. The rap battles used to be intense, but everybody knew Eminem was the king of all that shit. He was undefeated. He was like Floyd Mayweather in a rap battle shit.

It would be amiss if Mikey did not ask at this point about Eminem returning to battle rap. But Bizarre is not the one who knows the answer. However, he also does not want to be the one, who gives a negative response, so he settled for an answer that would leave a glimpse of hope:

I don’t know. I can’t ever say never.

Bizarre, meanwhile, is considering possibilities to getting into battles himself.