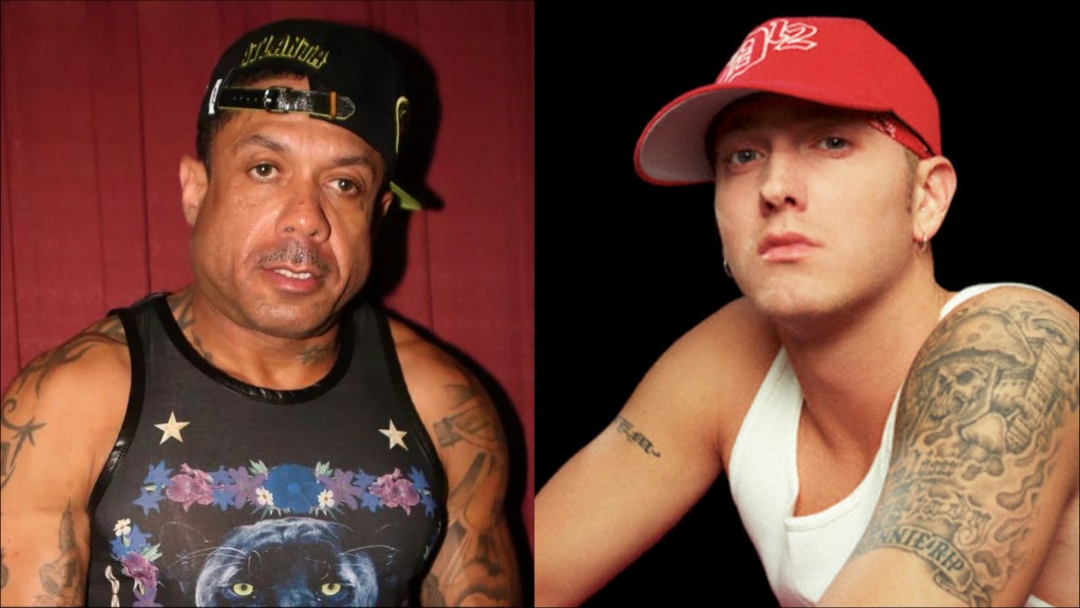 It’s been a while since hip-hop media executive and reality star Raymond “Benzino” Scott mastered the courage to take another shot at Eminem but here we are. Now he questions his status in hip hop and plays the racial card again.

Benzino posted on his Twitter account a challenge addressed not to Eminem, not to his fans but for some reason to “white America”. In his post, Benzino implied that Eminem is afraid to take part in Verzuz battle because he is not that great, really. Benzino wrote:

Only 1 Benzino
@IAMBENZINO
Hey white America, if Eminem is suppose to be the greatest rapper of all time then why won’t he do a versuz battle against any of the REAL greats?

Hey white America, if Eminem is suppose to be the greatest rapper of all time then why won’t he do a versuz battle against any of the REAL greats?

There is a lot to unpack in here. Last year Benzino already back-pedalled from his half-hearted apology made during a reality show and stated that Eminem fucked the balance in hip hop and brought fan base that would vote for Trump.

Now he is here again, questioning Marshall’s place in hip hop, his integrity and accusing his fandom of being racist. Looks like Nick Cannon’s tactics of drawing attention by chasing Eminem’s clout did not lose its appeal for Benzino. Oh, wait, Benzino was the first going down this road since 2002 and releasing what was the worst disses in history of hip hop until Nick Cannon took the crown.

It is unlikely, however, that Eminem will respond in any way. He put “Nail in the coffin” out there years ago and carse even less now when personalities like Benzino “Keep Talkin”