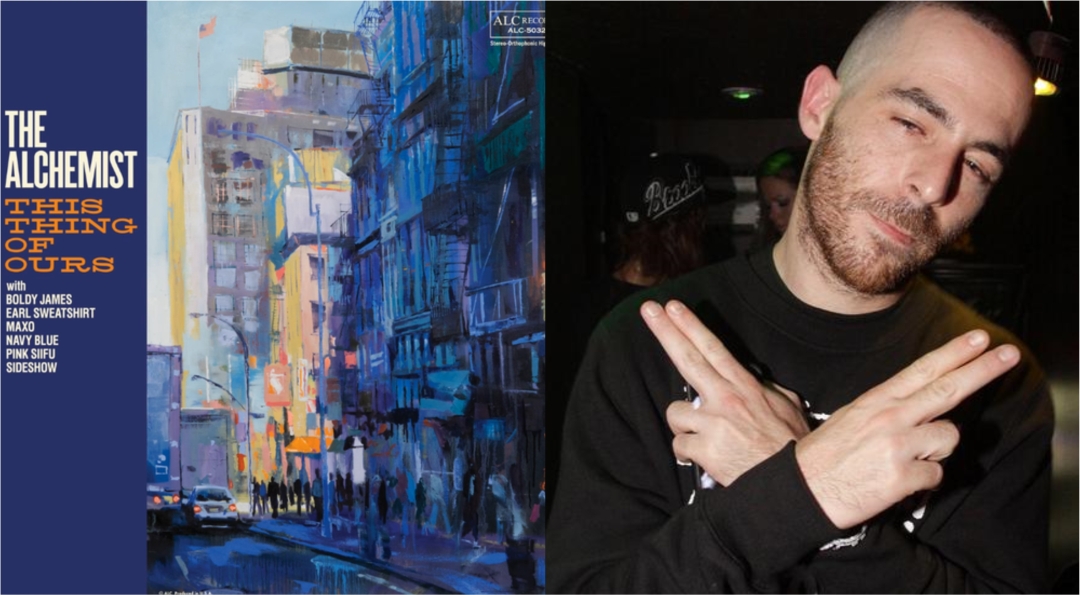 The Alchemist lends his sophisticated beats to the most prominent hip hop projects recently, collaborating with MCs and visual artists from Griselda to Armand Hammer to Freddie Gibbs.

Last Friday Alc and Earl Sweatshirt dropped a video for “Nobles” to introduce the project:

Listen to “This Thing Of Ours” below:

Armand Hammer & The Alchemist New Album and Video Out Now

Freddie Gibbs and The Alchemist Heading to Jimmy Fallon Show

The Alchemist Announces His New Album Dropping Next Week

The Alchemist – “The Food Villain” Out Now