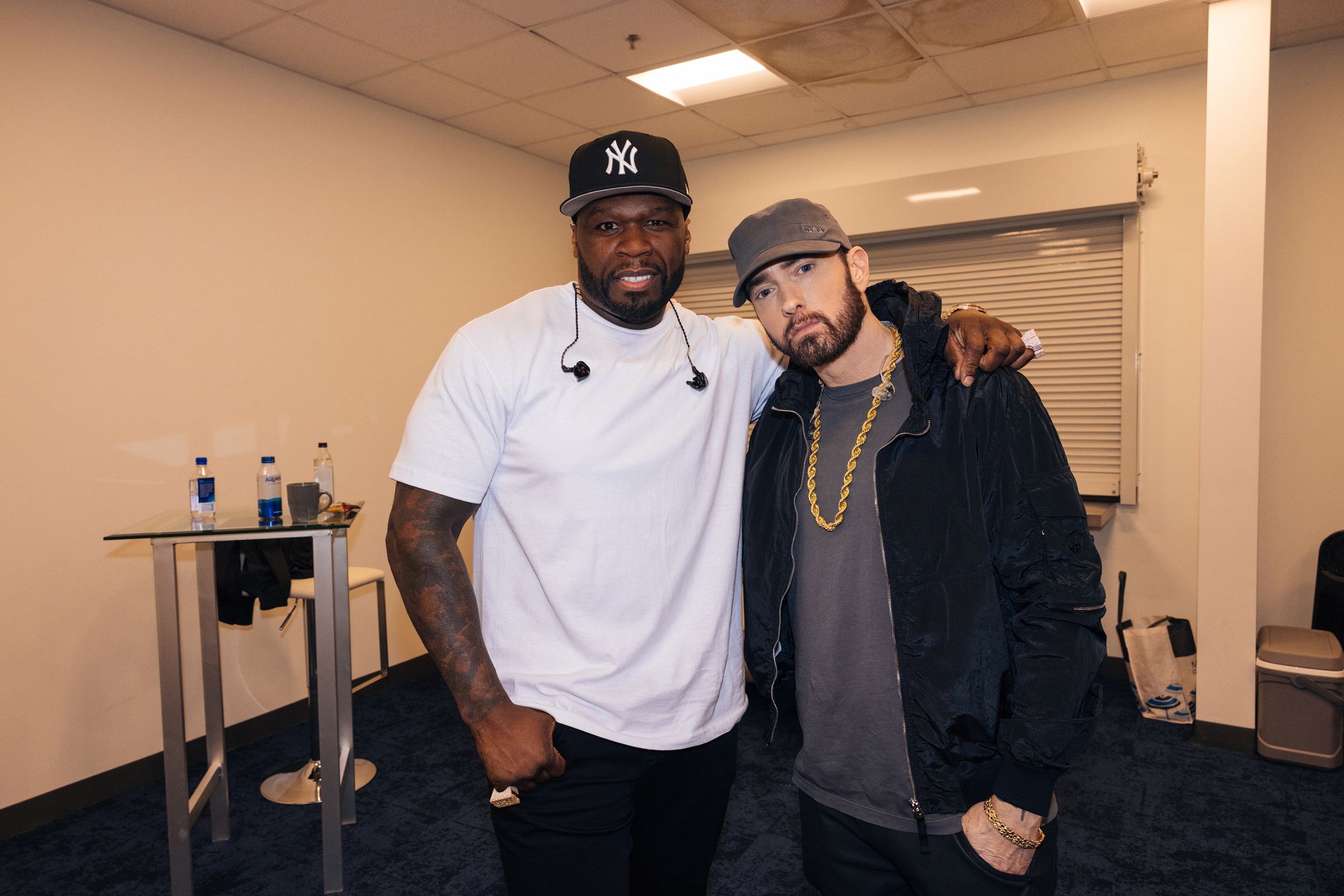 The ability to tell stories above racial barriers and make people feel like they fit in – this is what made Eminem the artist he is, 50 Cent says.

Fifty joined Ebro in the Morning from Prague, from the European leg of his world tour, to talk about his business, his TV shows, the latest hip hop celebrity scandals, and about a mark Eminem had left on hip hop culture.

Fif didn’t even wait for hosts to ask him about Marshall and drifted off to discussing Em’s impact from talking about the upcoming true crime series “Hip Hop Murders”. 50 Cent believes that the amount of tension within the culture might be the reason that conflicts erupt in bloodbath instead of being talked through and resolved. Eminem was exempt of it because of a clever arrangement made by Jimmy Iovine. Also, Fifty absolutely remembered Em’s birthday:

With Em’s birthday just yesterday… I don’t think we give him the credit he deserves culturally. In order for people to embrace something, they have to see where they fit in. Who would be upset when the white guy comes and is selling the most records in hip hop culture? (Still, to this day, the highest selling rap artist.) Maybe, NWA, with their attitudes, would be upset with the idea of the white guy coming and selling all the records. So, Jimmy is a genius for putting Em with Dre.

Ebro asked Fifty not to get distracted, but a couple of minutes later, a host asked Fif a question about Eminem and his legacy. 50 Cent, whose very presence in hip hop culture is, arguably, one of Marshall’s contributions to the culture, offered a bigger picture to consider:

I think part of Eminem’s legacy is the growth of our culture. People wouldn’t buy it if they didn’t see that they fit into it. Then he comes, and he’s there, and he’s a legitimate artist because of his journey. When you look at 8 Mile, you are seeing a black story with a white lead. You see poverty, you see him under this circumstances. Look at his friends! Proof, D12, everybody is there, and he’s a real hip hoop guy. This is why he is a real hip hop guy.