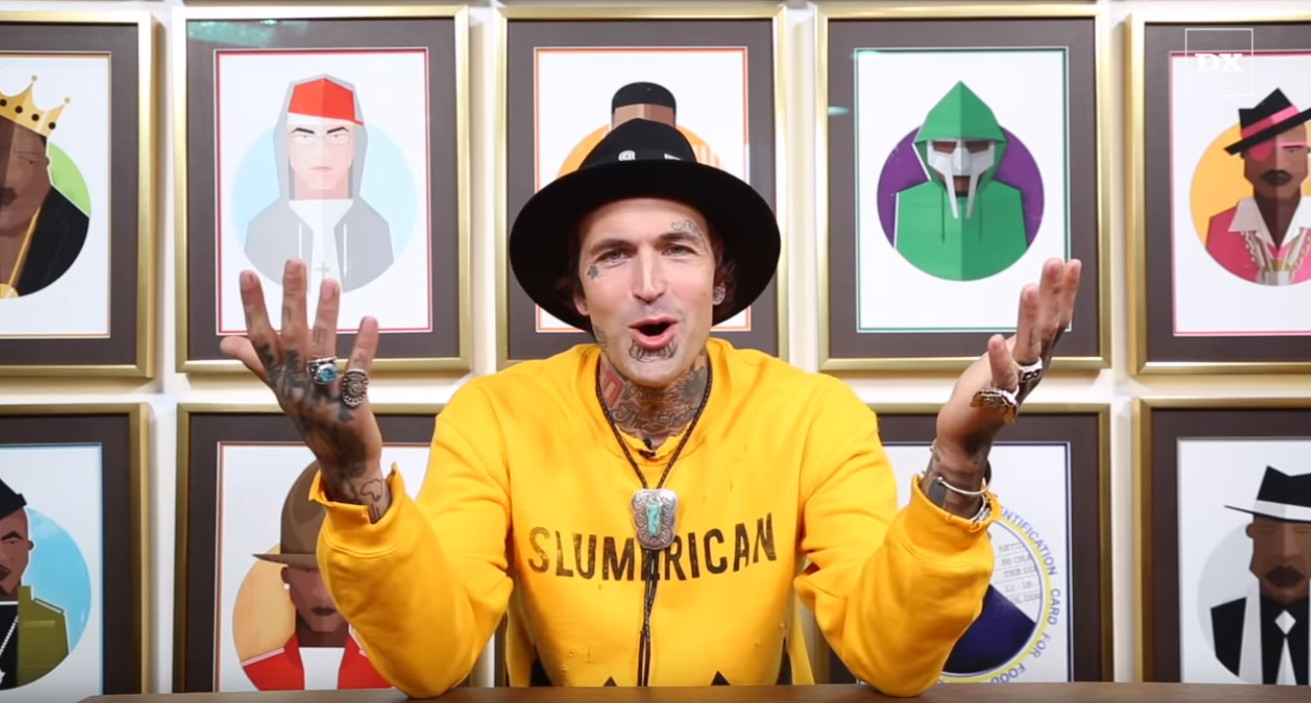 One of the most unexpected features on last Yelawolf’s Shady release “Trunk Muzik 3” was Machine Gun Kelly with his verse on “Rowdy”. Both Yelawolf and Eminem had beef with MGK, so that was unusual to see the artist from the other side of an argument on the album under Shady colours.

Of course, that was not a coincidence but only now Yelawolf explained that it was part of a failed plan to put all the differences between three rappers behind them. Eminem was supposed to have his verse on that track.

At least that was an idea that came from DJ Paul who produced “Trunk Muzik 3”. Yelawolf could tell right away that it was not going to happen:

DJ Paul hit me. We kinda just had the same thought at the same time: put MGK and Eminem on this record and let’s fucking go. And I was like, “Marshall will never go for that, man”. I laid my verse, sent it to MGK, got MGK’s verse back to me, and I sent that to Marshall. Crickets. I didn’t hear nothing. I took that as he didn’t wanna do it, he wasn’t into it. And then some months later he drops this diss record on MGK. When it dropped, I already had this song in my pocket. So MGK had it also to say, “Well since we’re going through this, don’t do that”. I thought it was a G move, honestly. It was kind of like well, what are we gonna do now?

There certainly was no chance of reconciliation anymore after Eminem and MGK exchanged their disses. But the track was ready and Yelawolf had to make a decision on whether or not to release it. He decided to turn to Eminem for advice and approval and he got both:

I called Marshall and I was like, “Yo man, I got a record with homie and I really like it. DJ Paul produced it”. He was like, “Fuck it man, run it. People need to hear that. People want to hear that”. Marshall has always been selfless with me and what I do always.

Daylyt Encourages Eminem To Step Back Into Battle Rap, Calls Him GOAT

Hopsin Tones Down Expectations On His Joint With Eminem