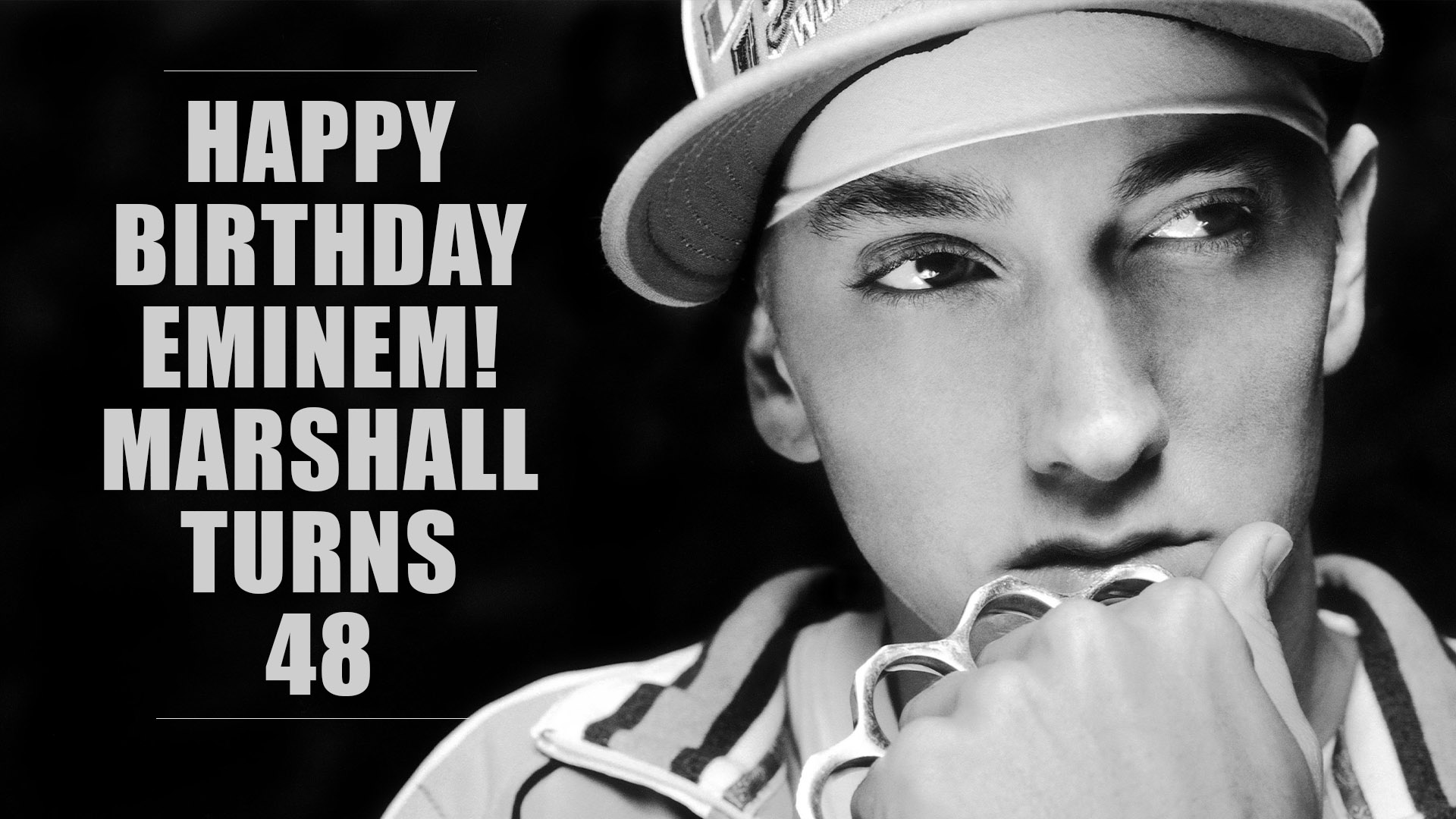 October, 17. Today Eminem celebrates his 48th birthday. This day is special for us at ePro also because this day 9 years ago we started our project that was born out of love and interest in the music of this legendary artist.

Marshall’s birthday is celebrated by his fans because the life of this artist has changed the lives of everyone who is reading this message right now. We, at ePro, have written countless articles, news stories, reviews – all about Eminem’s achievements and victories, and sometimes struggles.

This is why every October, 17th we sort of summarise the latest year in Eminem’s career: discuss the chart positions of his new singles or, if we are lucky, even his albums, his music videos, his new records, beefs, interviews, tours. However, 2020 is different for most of us. The world is almost suspended in hesitation, and infamous Covid-19 became one of the most often used words on news channels. We lost almost everything that connected us outside of our self-isolation – big public events, live shows, tours and music festivals are being cancelled, albums and video releases are postponed, the music industry struggles to find new ways to survive.

What does it mean for us, the fans of forever-young Eminem? He turns 48 years old this year, he is full of life and energy, unstoppable on stage. But. What if…

A friend of mine once advised me to save money for “Eminem’s next concert” instead of making some big purchase. He thought that the concert was more important because “something could go wrong as it went with Michael Jackson”, whose epic plans for final “This Is It” tours in 2009 were interrupted by his untimely death. Well, his innuendo was not that morbid, he only was mindful about Marshall not being able to keep up with the pressure because of his age, as Eminem has to face crowds of thousands, go through the lengthy set-list, deliver the most complicated rap numbers and bounce across the massive stage.

All shows planned for this year are rescheduled for next year. It is unlikely that we will see Eminem on stage before the end of the next year or maybe even the beginning of 2022. There is no way to tell, unfortunately, as the whole live music industry future is uncertain. It is rather sad. You don’t have to be very good at maths to calculate how old Marshall will be in two years. Will he be able to keep up though?

“What if he has already played his last show?” – this question is asked by many fans, me included.

Of course, we will stay positive, will hope to see his epic live shows again, but the most important thing is Marshall’s attitude. He talked many times about leaving the hip hop game. We stopped believing him because he comes back every time. Yes, this is his decision to make when to return – in one year or in five. But we got used to it.

For more than two decades this artist has shared his creativity with us, many of us grew up on his music, we have learned a lot from him, we came of age but he is not getting any younger.

Just Wish Eminem a Happy Birthday in the Live Chat

The best present for Eminem today is the loyalty of his fans. Especially now, when so many forgot who is really one of the most important players in the hip hop game. The fans should keep reminding about the importance of Eminem’s legacy when others try to downplay his role in the hip hop history, to erase his name. Only in this case the artist will always want to come back. This is my opinion and nothing is going to change it, neither age nor competitors or the coronavirus. Only our support and loyalty will help him keep working, creating and winning.

Somehow it does not feel right to draw the balance this year. Yes, we got a high-class new album in the beginning of 2020 – “Music to Be Murdered By” that made Eminem the First artist with 10 consecutive albums debuted on top of the Billboard 200. We got many new tracks with a Slim Shady vibe, we got new videos, we got his mind-blowing live performance at the Oscars ceremony, almost 20 years later after the only Oscar winning hip hop artist was supposed to receive his award.

What else does stand out? His interview on Lil Wayne’s radio show, their friendly conversation, Marshall’s pledge to support people suffering because of Covid-19. The Star of Fame induction for 50 Cent, where Eminem showed up to share the moment with his friend. Some interesting collaborations Marshall was involved in.

There is no other artist who is as persistent and dedicated as Eminem when working on his own growth. Marshall consistently breaks records, many of which were previously set by him. He manages to surprise the world every year. Don’t you love it when you wake up to a new Eminem’s album? No warning, no promo – but all media repeat the same news about his new release.

Recent years demonstrated how much Eminem has changed. He is more mature, wiser, calmer and at the same time he managed to find an equilibrium between his new sound and the one that we remember from our childhood years. Eminem has become closer to his fans than ever. He turned from a notorious character to a person to whom we can easily relate. A person with issues that we can understand, with emotions that we can experience. Eminem has grown up together with his fan-base and this is why we are so close.

Marshall has never been the one to spoil his fans with constant presence on the screens or in social media. Maybe that’s why every new piece of information, every new photo with him, his every new tweet are precious. We can never get enough, he graces the world for a moment and then disappears for a year. And do you know what is remarkable? That he remains one of the most relevant and popular modern artists.

Today, on his birthday, we want to shout from the rooftops that we are proud of him and proud to be his fans. We know that after this quiet moment he will come back as a storm and will smash everything that stands on his way.

Marshall, the ePro editorial team sends you birthday wishes. Let your creative fire never cease. We love your music and always will, we are grateful for every song.