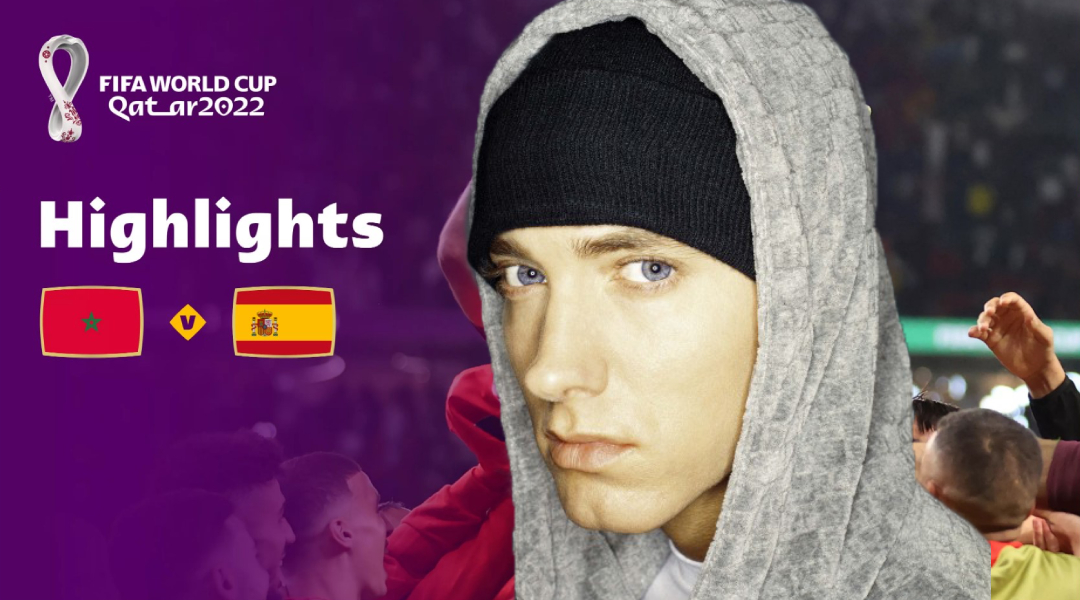 During the penalty coin flip in Spain vs Morocco game, Eminem’s anthem was blasting over the stadium.

There is a playlist FIFA uses to fill the space between the actual play time and to keep the crowd’s spirit up. Eminem has always had a place on this list, but yesterday his “Lose Yourself” came up during one of the tensest moments of the game.

Spain and Morocco were getting ready for a shoot-out when the pulsing beat of the Oscar-winning hit drown out the noise.

At the end of the day, it was the Morocco team that seized the opportunity and laid its best shot. Now, Morocco is the fourth African nation to reach the quarter-finals after Cameroon (1990), Senegal (2002), and Ghana (2010).

Slim Shady was on their side that night.