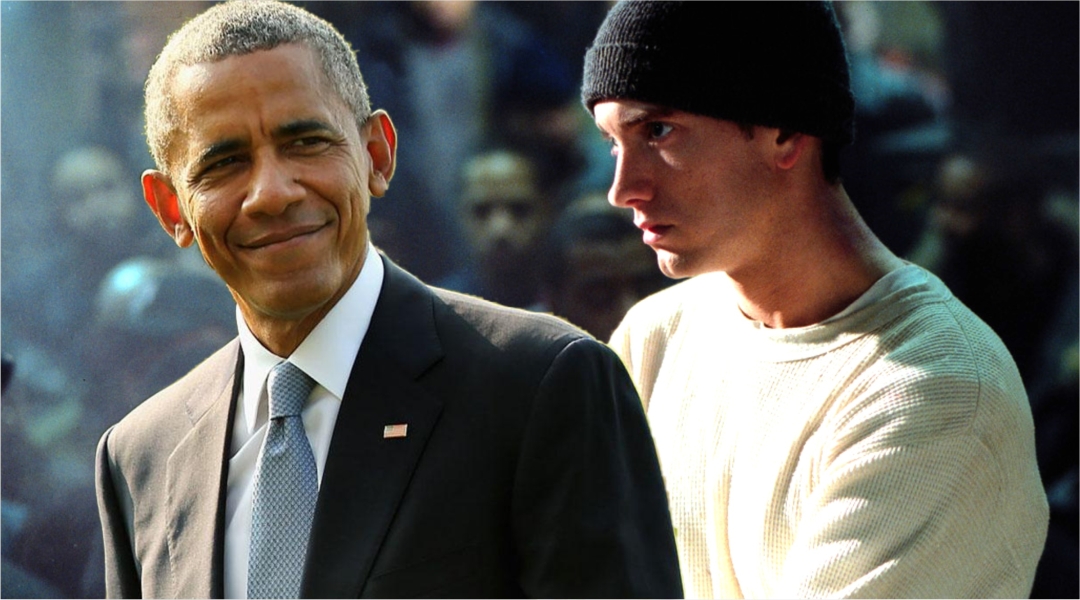 The 44th president of the US spent several pages of his latest book to explain how and why Eminem’s music is important to him.

Just recently Obama shared his presidency playlist that included Eminem’s epic anthem “Lose Yourself”. In his new book “A Promised Land” he provided more insights on how this song helped him through his political career:

Ultimately it was rap that got my head in the right place, two songs especially: Jay-Z’s “My 1st Song” and Eminem’s “Lose Yourself”. Both were about defying the odds and putting it all on the line (“Look, if you had one shot or one opportunity, to seize everything you ever wanted in one moment, would you capture it? Or just let it slip…”); how it felt to spin something out of nothing; getting by on wit, hustle, and fear disguised as bravado. The lyrics felt tailored to my early underdog status. And as I sat alone in the back of the Secret Service van on the way to a debate site, in my crisp uniform and dimpled tie, I’d now me head to the beat of those songs, feeling a whiff of private rebellion, a connection to something grittier and more real than all the fuss and defence that now surrounded me. It was a way to cut through the artifice and remember who I was.

I took photos of Barack Obama’s book A Promised Land where Eminem is mentioned.

He had a ritual before debates. Part of it was listening to Jay-Z & Eminem.

He quotes lyrics from Lose Yourself by Eminem & explains how they connected with him. pic.twitter.com/rR1UiYTmI7

Eventually, this song became part of Obama’s ritual that he used to get ready to public speaking events, the ritual that he still follows. This video from Democratic Convention 2016 shows him doing just that before hitting the stage: