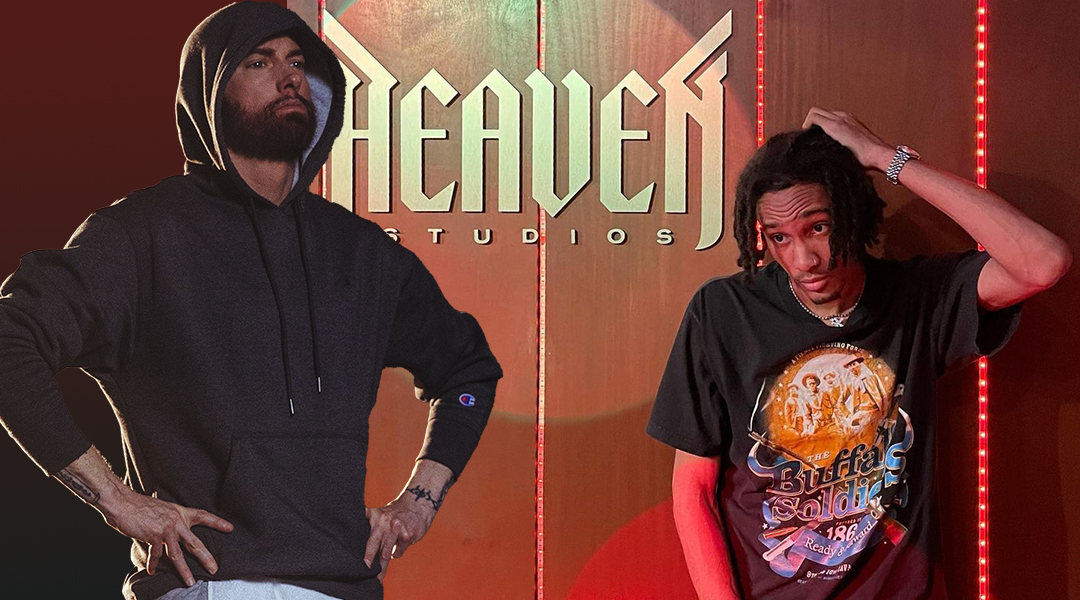 For months Nasaan has been harassed with the same question: “When is the song with Marshall coming?” The answer is —soon.

In July, Nasaan shared the snippet of his song recorded with Eminem. Expectedly, Eminem fans got excited and wanted to know when we could hear the final product. The more time passed, the more insistent some of them got. Proof’s son, who bagged a collaboration from his father’s best friend and one of the best ever rappers in the world, cannot hurry the process of recording his album. Obviously, it was not always easy for him to cope with the additional pressure from the audience.

Nasaan, however, powers through, finding solace in making his music and, at times, humour. He even released a special merch item — a t-shirt called a “Troll Tee”, with a print of a teary eye and a sentence “But when is the song with Marshall coming?” 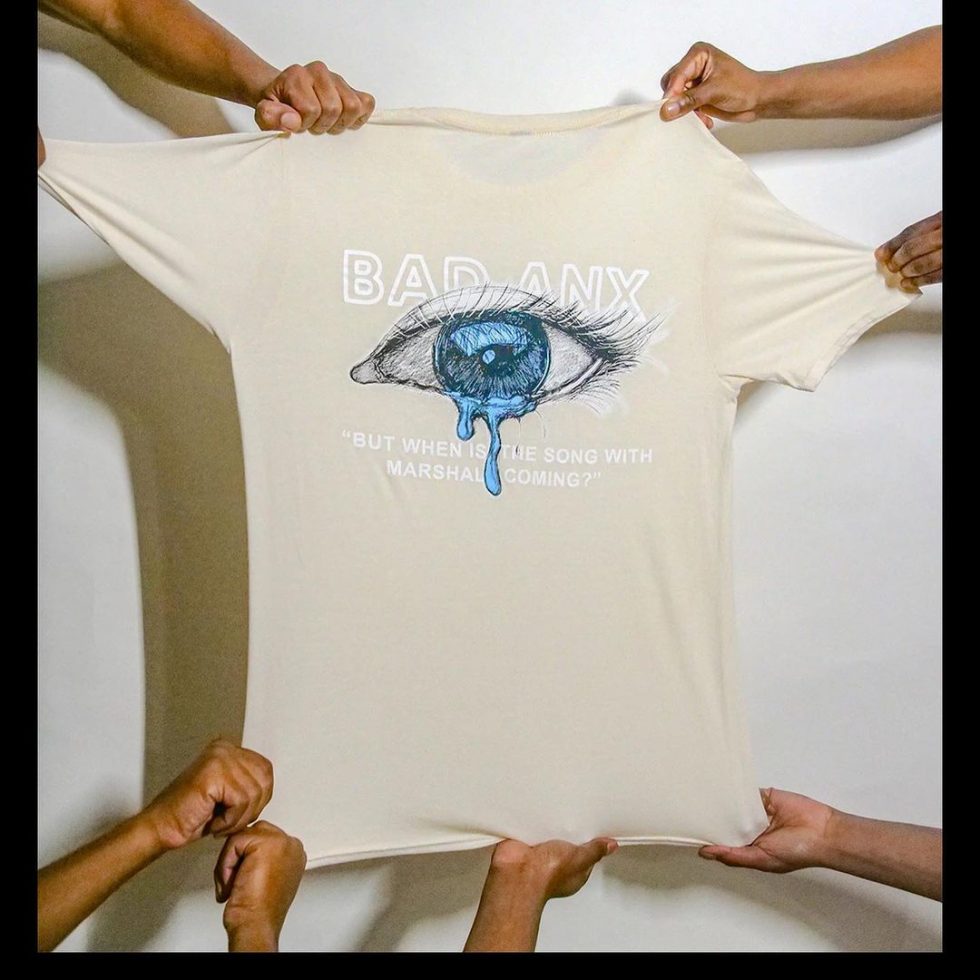 In a similar manner, Nasaan posted a composite of some of many and many questions and nudges that have been hurled at him recently. He captioned that display of fans not accepting the artist’s boundaries with a caption that hopefully clarifies the situation for all:

we get it… wait almost over 😈👁 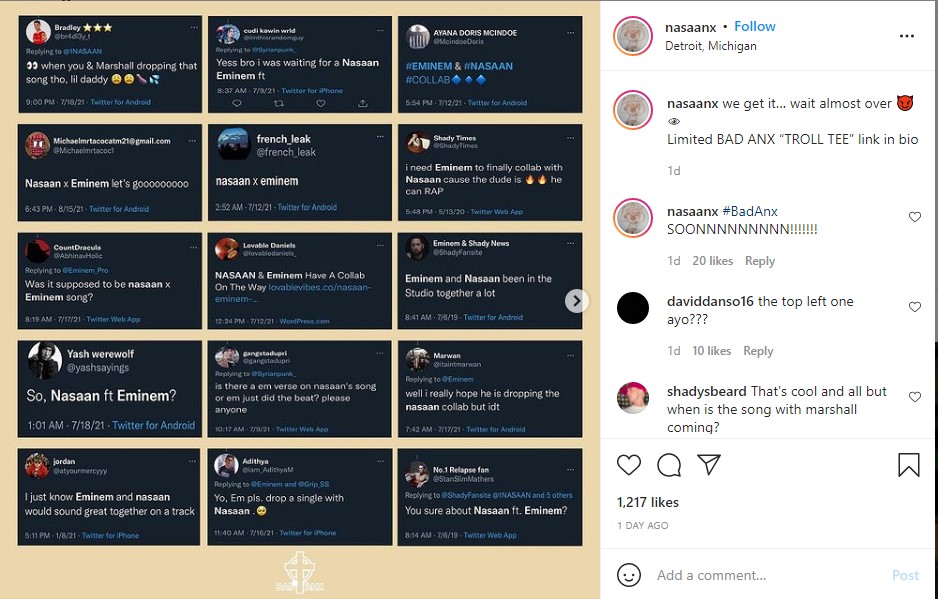