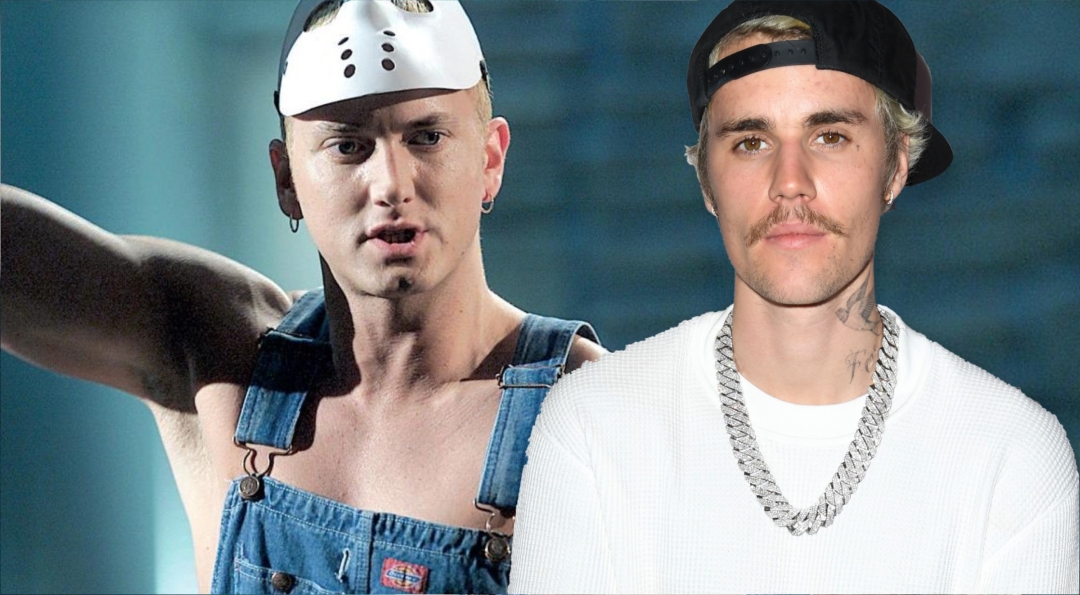 Many western artists dream about cracking open the unpenetrable but highly lucrative music market in China. Only a few find success. Eminem is one of them.

The Justin Bieber fan account dug out the numbers for best-selling digital albums (including EP) by male western artists in China. The top five, or rather the top four, consists of young pop princes and Rap God, who has been making music longer than any of them live. 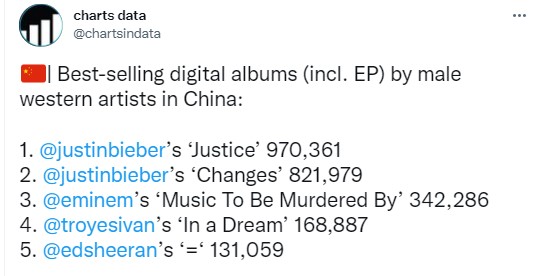